(Reuters) - NASA on Thursday postponed a planned launch of a Boeing CST-100 Starliner capsule to the International Space Station after the orbiting outpost was briefly thrown out of control by jet thrusters inadvertently activated on a newly docked Russian module, NASA said.

The Starliner launch delay was announced a day before it was due for blastoff from the Kennedy Space Center in Florida atop a Boeing Lockheed Martin Corp Atlas V rocket. NASA said the space agency and Boeing decided to push back the launch date to Aug. 3, with Aug. 4 set as an immediate backup.

"We wanted to make sure we had some breathing room to fully assess the situation on (the space) station before adding another vehicle to the ISS configuration," Kathy Lueders, an associate NASA administrator, told reporters during a conference call. The Atlas V rocket and Starliner capsule were being kept on the launch pad for the time being, NASA said.

A previous uncrewed Starliner test launch to orbit in 2019 ended with a nearly catastrophic failure of that spacecraft to dock with the space station.

The countdown to a do-over test flight was halted after difficulties arose with the newly arrived Russian laboratory module Nauka, which had docked with the orbiting space station a few hours earlier.

A few hours after Nauka had latched onto the space station, a number of its jet thrusters inadvertently began firing, causing the entire station to pitch out of its normal flight position in orbit, according to Joel Montalbano, manager of NASA's space station program.

"Loss of attitudinal control" of the space station, with seven crew members aboard, lasted just over 45 minutes, until flight teams on the ground were able to restore the station's orientation with control thrusters, Montalbano told reporters.

He said at the height of the incident, the station was pitching out of alignment at the rate of about a half a degree per second.

Communication with the crew - consisting of two Russian cosmonauts, three NASA astronauts, a Japanese astronaut and a French astronaut - was lost briefly twice during that interval, but "there was no immediate danger at any time to the crew," Montalbano said.

What caused the thrusters of the Nauka module, delivered by the Russian space agency Roscosmos, to malfunction has yet to be determined, NASA officials said.

Montalbano added there was no immediate sign of any damage to the space station from the mishap. The loss of the space station's normal orientation was first detected by automatic sensors on the ground, and "the crew really didn't feel any movement," he said.

(Reporting and writing by Steve Gorman in Los Angeles; Additional reporting by Rithika Krishna in Bengaluru; Editing by Maju Samuel, Will Dunham and Sandra Maler) 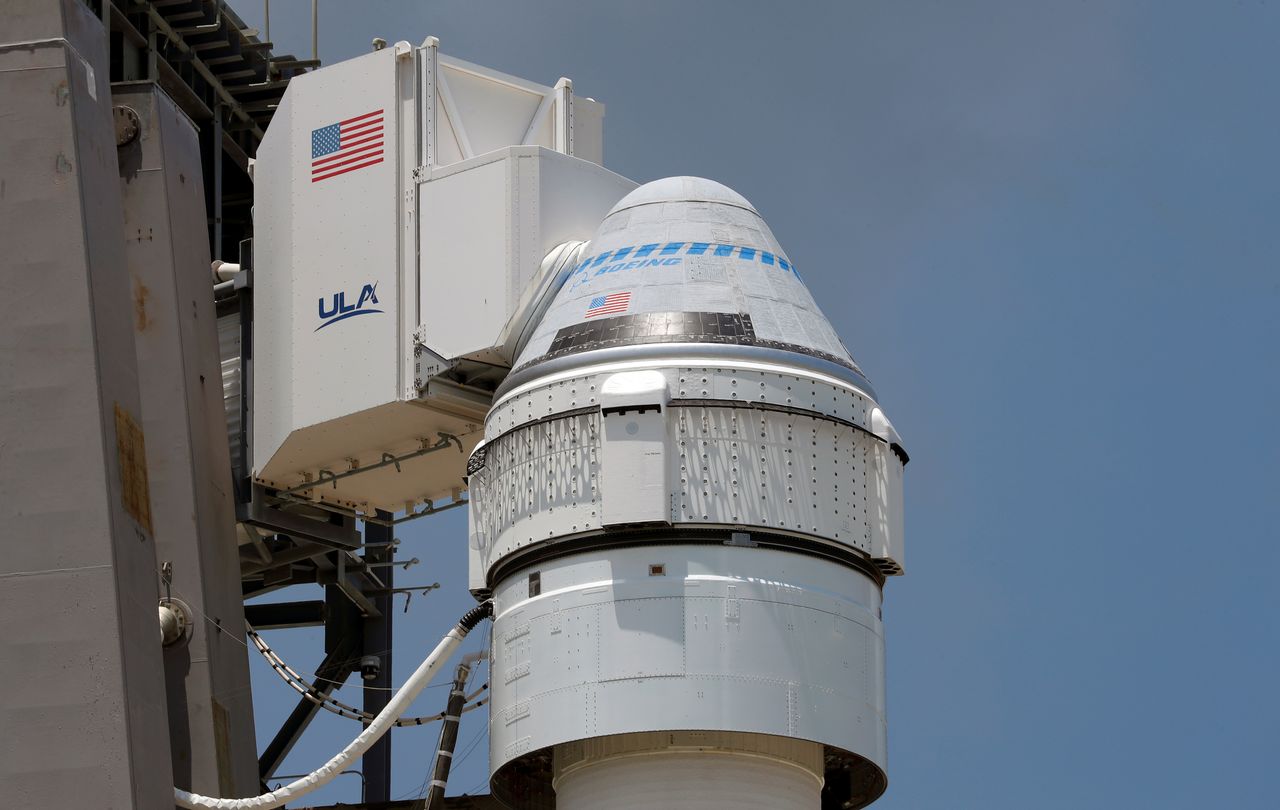 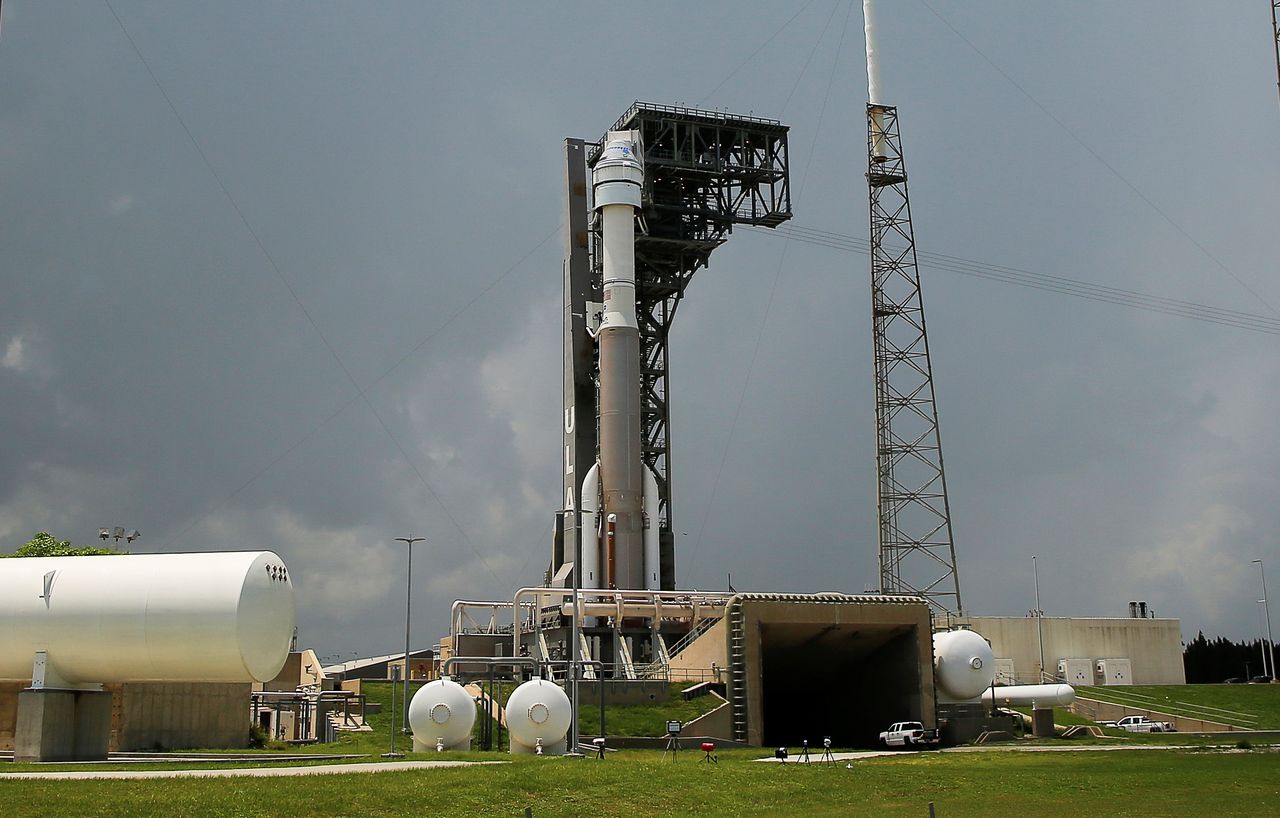 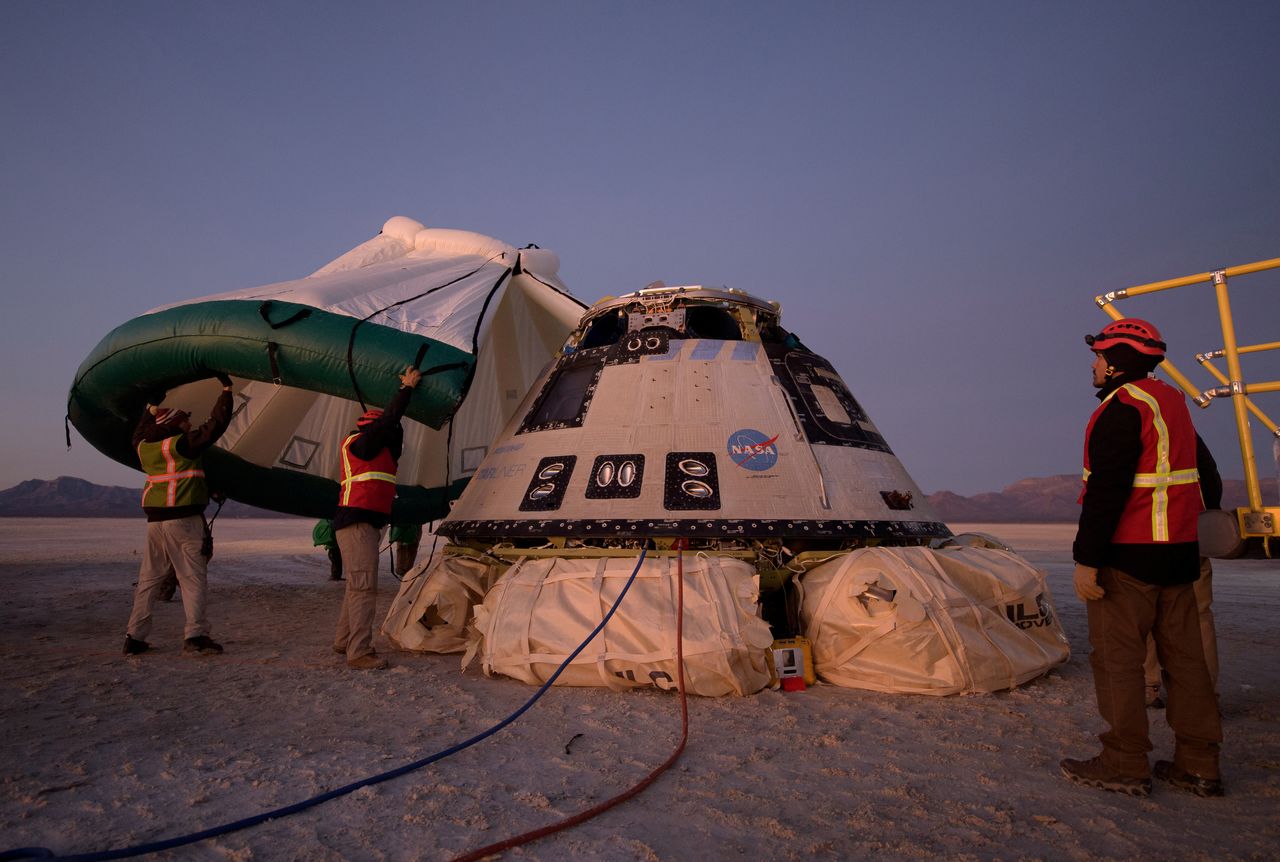 FILE PHOTO: A protective tent is placed over the Boeing CST-100 Starliner spacecraft, which had been launched on a United Launch Alliance Atlas V rocket, after its descent by parachute following an abbreviated Orbital Flight Test for NASA’s Commercial Crew programs in White Sands, New Mexico, U.S. December 22, 2019. NASA/Bill Ingalls via REUTERS. THIS IMAGE HAS BEEN SUPPLIED BY A THIRD PARTY. MANDATORY CREDIT/File Photo