Dollar rises but still set for biggest weekly loss since May 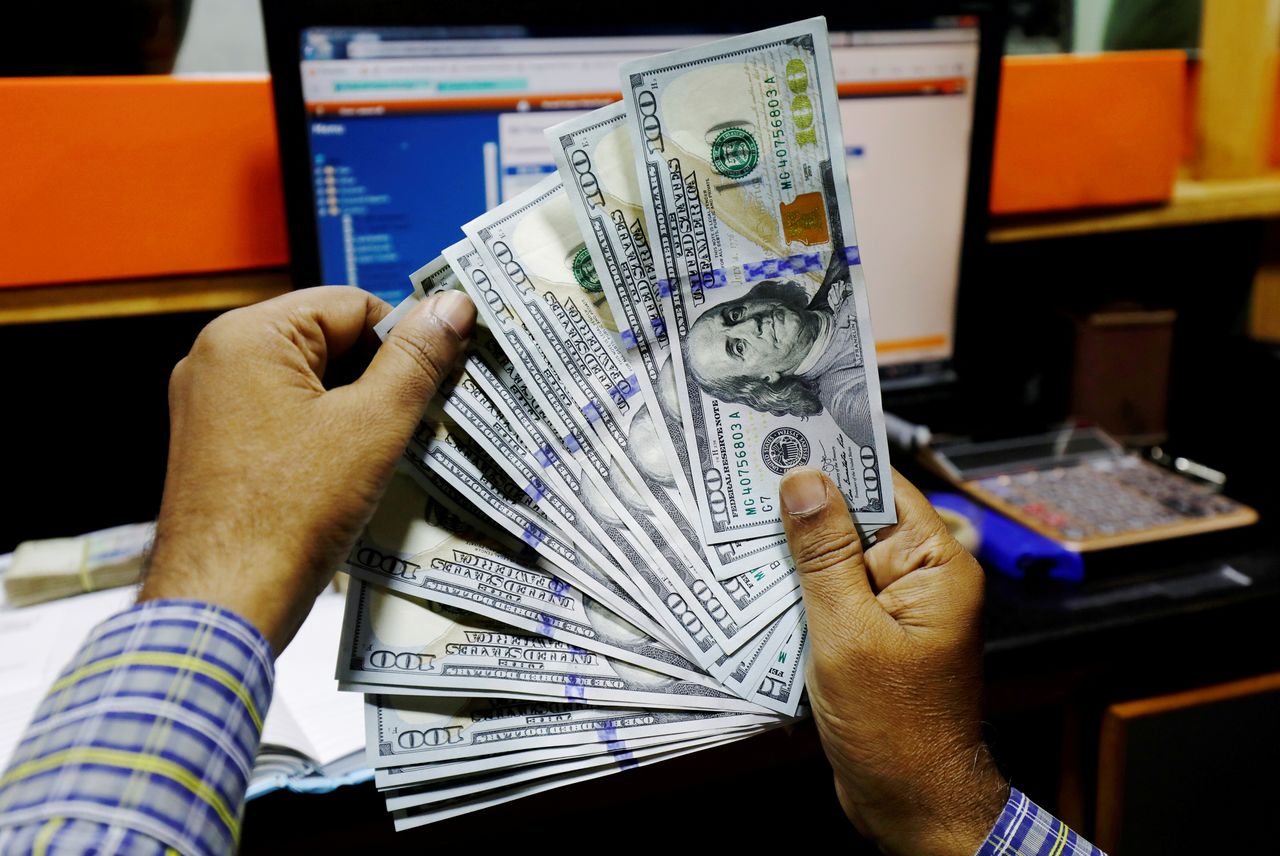 NEW YORK (Reuters) - The dollar rose on Friday along with other safe haven currencies as stocks fell and as upbeat U.S. economic data helped reverse some of the losses from earlier this week when dovish remarks by the Federal Reserve tanked a month-long rally in the greenback.

The dollar index, which measures the greenback against a basket of six currencies, was 0.32% higher at 92.181 at 2:45 p.m. Eastern time. The index was still down 0.77% for the week, on pace for its worst weekly performance since the first week of May.

Friday's gains for the U.S. currency came as stocks fell following a glum earnings report by Amazon, growing concerns over the rapid spread of the COVID-19 Delta variant, and in the wake of a regulatory crackdown by China on its technology and education sectors.

"We're at the end of the month and August tends to be the cruelest month for the financial markets on a seasonal basis, on a 10-year basis, it's the weakest month," said Kathy Lien, managing director at BK Asset Management.

"So with the Delta variant as well as the uncertainties around China, investors are getting nervous and I think they're worried about a more durable correction in stocks and so you're beginning to see the dollar catch a safe haven bid," she said.

Japan's yen and Norway's krone, which are also seen as safehaven currencies, were up 0.26% and 1.27% respectively.

The dollar also got a lift after St. Louis Federal Reserve President James Bullard said the Fed should start reducing its $120 billion in monthly bond purchases this fall and cut them "fairly rapidly" so the program ends in the first months of 2022 to pave the way for a rate increase that year if needed.

The greenback slumped earlier this week after Fed Chair Jerome Powell said rate increases were "a ways away" and the job market still had "some ground to cover."

"While the dollar suffered a notable setback this week, how significant it could prove may be gleaned by nonfarm payrolls next week," said Joe Manimbo, senior market analyst at Western Union Business Solutions in Washington.

Economic data on Friday was dollar-positive, showing a higher-than-expected rise in U.S. consumer spending in June as COVID-19 vaccinations boosted demand for travel-related services and recreation, even though part of the increase reflected higher prices, with annual inflation accelerating further above the Fed's 2% target.

The euro eased 0.26% against the greenback but near a 1-month high after data showed the euro zone economy grew more quickly than expected in the second quarter, pulling out of a pandemic-related recession, while inflation shot past the European Central Bank's 2% target in July.

Meanwhile, the Chinese yuan had recovered all of its losses from Tuesday's plunge to trade at 6.4660 per dollar.

Sentiment was helped by China's attempt to calm frayed investor nerves, by telling foreign brokerages not to "over-interpret" its latest regulatory actions.

The Australian and New Zealand dollars, seen as riskier assets, were down on the day but remained near two-week highs.

Sterling edged 0.5% lower versus the dollar ahead of a Bank of England meeting next week.

Bitcoin fell 3%, slipping well below $40,000, a level the cryptocurrency has not closed above since mid-June.