TOKYO (Reuters) - The women’s 100 metres round-one heats exploded into life on Friday on day one of the track and field events, after the Ivorian Marie-Josée Ta Lou roared across the finish line with a blistering 10.78 seconds at a hot and spectator-less Olympic Stadium in Tokyo.

Cloud cover offered athletes some respite from the heat and the relative quietness of the stadium gave the feel of a church experience, but the sprinters were incredibly fast on their way to the semi-finals scheduled to take place on Saturday.

The defending Olympic champion Jamaican Elaine Thompson-Herah ran a scorching 10.82 to advance and she almost slowed towards the finish line. She was all smiles and thumbs up after a performance that made a clear statement of intent that she was not yet ready to relinquish her title.

Her compatriot Shelly-Ann Fraser-Pryce cruised to the semis as she began her quest to become the first woman to win three Olympic 100m gold medals with an impressive 10.84.

The 34-year-old, who won gold in Beijing and London, took some time away from the sport to have a baby but arrived in Tokyo on the back of an astonishing 10.63 run and is hot favourite to match compatriot Usain Bolt with a third gold in the blue ribbon event.

“Having a year off with my having my son kind of rejuvenated, you know, my motivation,” Fraser-Pryce said after her race. “If you notice the heat, that’s some really quick running, so you just have to make sure that you’re ready.”

The Jamaican sprinters, that includes Shericka Jackson, the 400m bronze medallist in Rio from five years ago, who also advanced to the semis, showed just how explosive they can be as they go after a clean sweep of the medals on Saturday.

But Marie-Josée Ta Lou’s performance sent a message that the 32-year old world 100m silver medallist is going to be a force to be reckoned with on Saturday.

“Surprise, surprise. I’m in shock actually. I know I’m ready,” she said after her scintillating run. “I really didn’t expect to run as fast as I just did.”

The fast times witnessed in the heats showed just how pumped up the women’s sprinters are, Herah said.

“Everybody wants to get involved and be a real champion,” she said after her run. “These are some of the quickest fields in the history of the event.”

Another contender Britain’s Dina Asher-Smith, the 200m world champion, who carries her country’s hopes of a first medal in the women’s 100m since 1960, also advanced after she finished second in her round one heat with a 11.07 performance behind the American Teahna Daniels, who ran 11.04.

Daniels and her compatriot 26-year Javianne Oliver, who also advanced along with another American, Jenna Prandini, carry the burden of trying to win the United States’ first legal gold since Gail Devers triumphed in 1996.

Marion Jones was stripped of the 2000 title for doping offences.

“This is the most anticipated race and just to be in it and to be competing, I am soaking in every moment,” Daniels said. 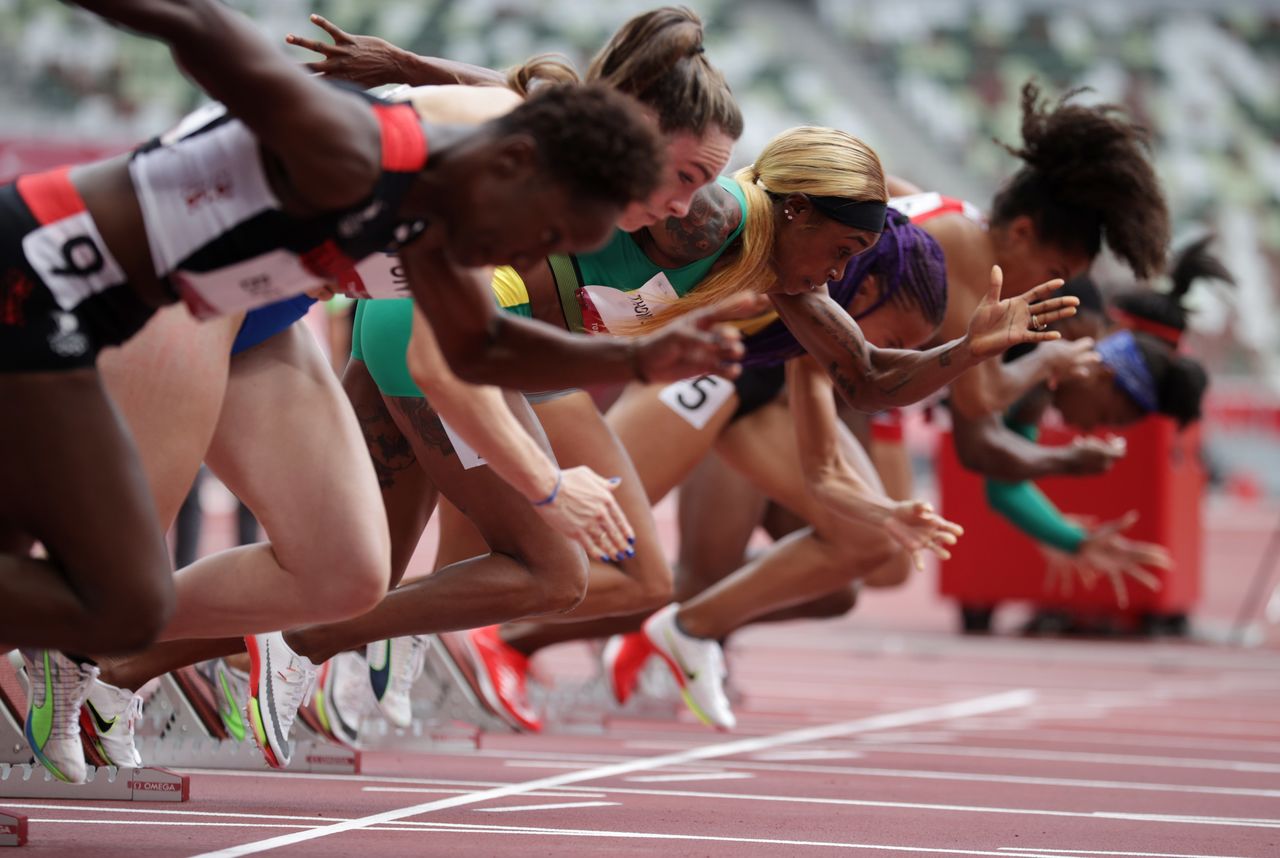 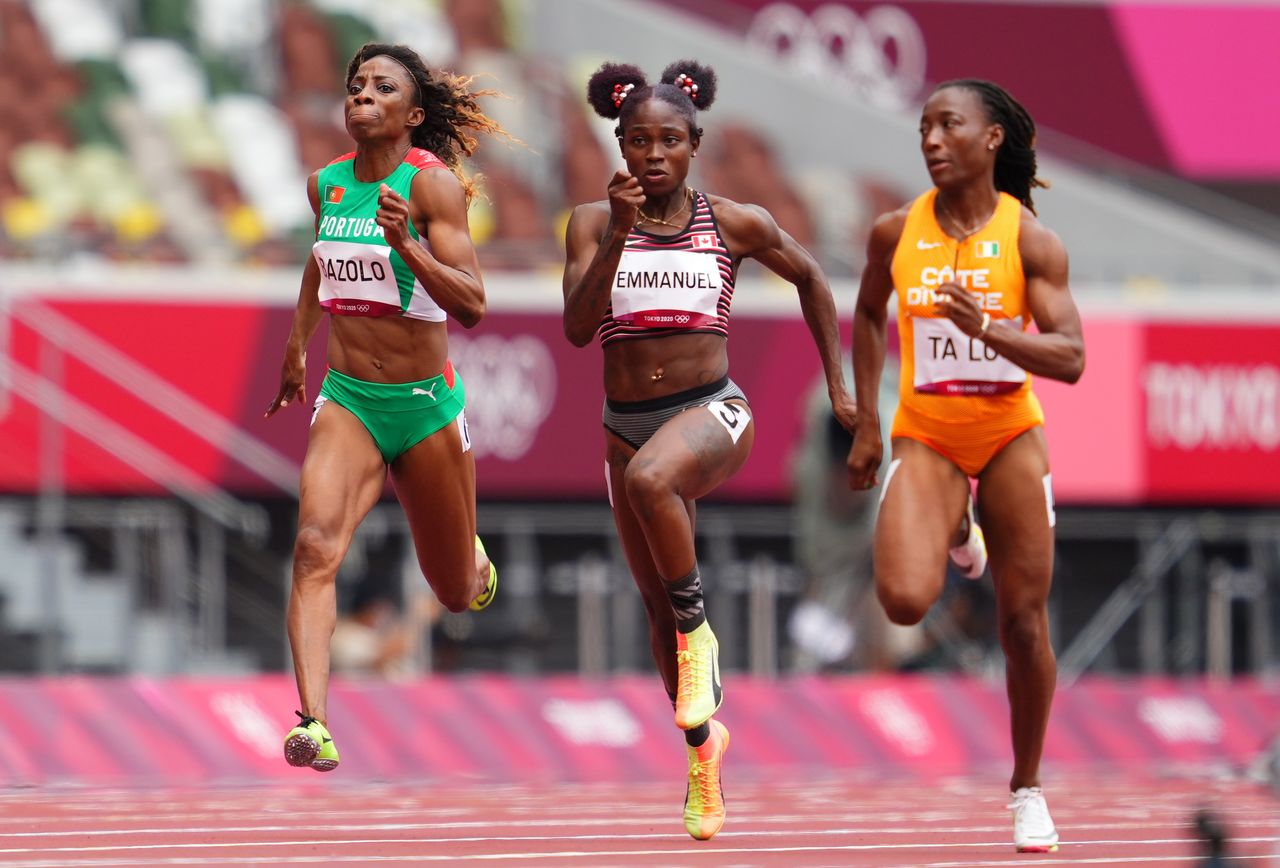 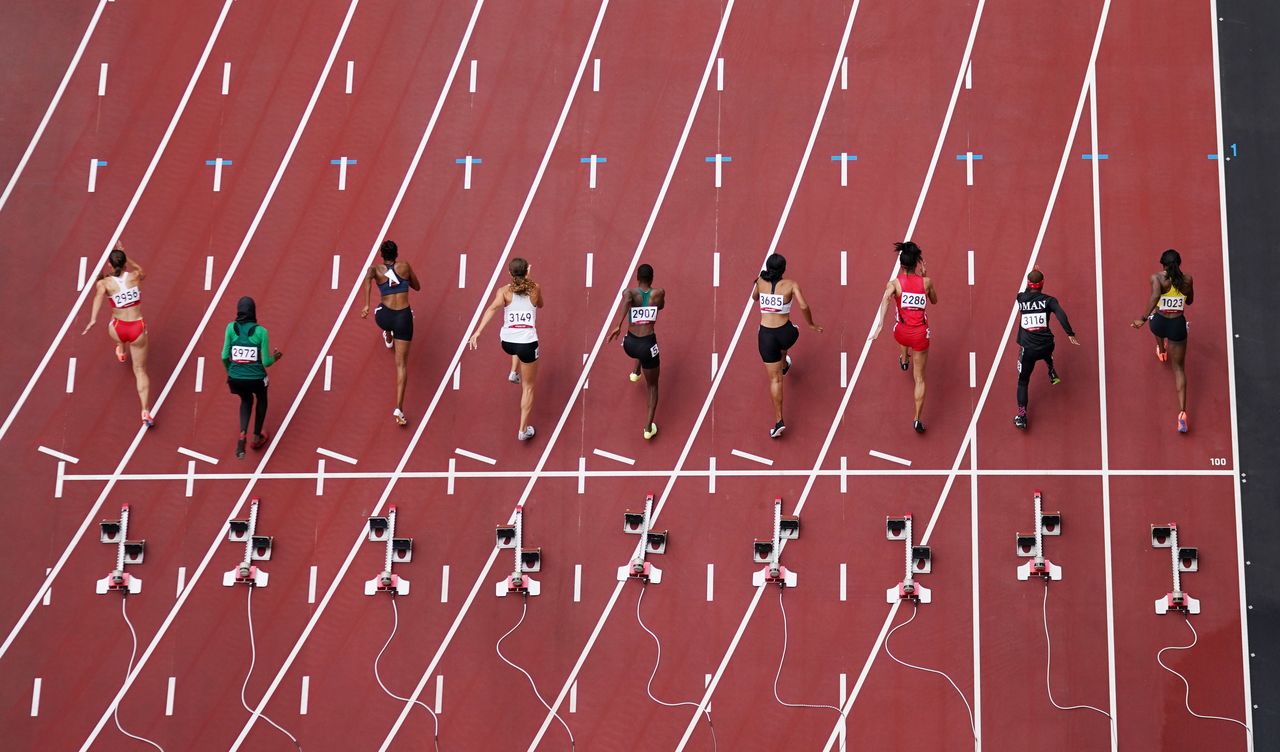 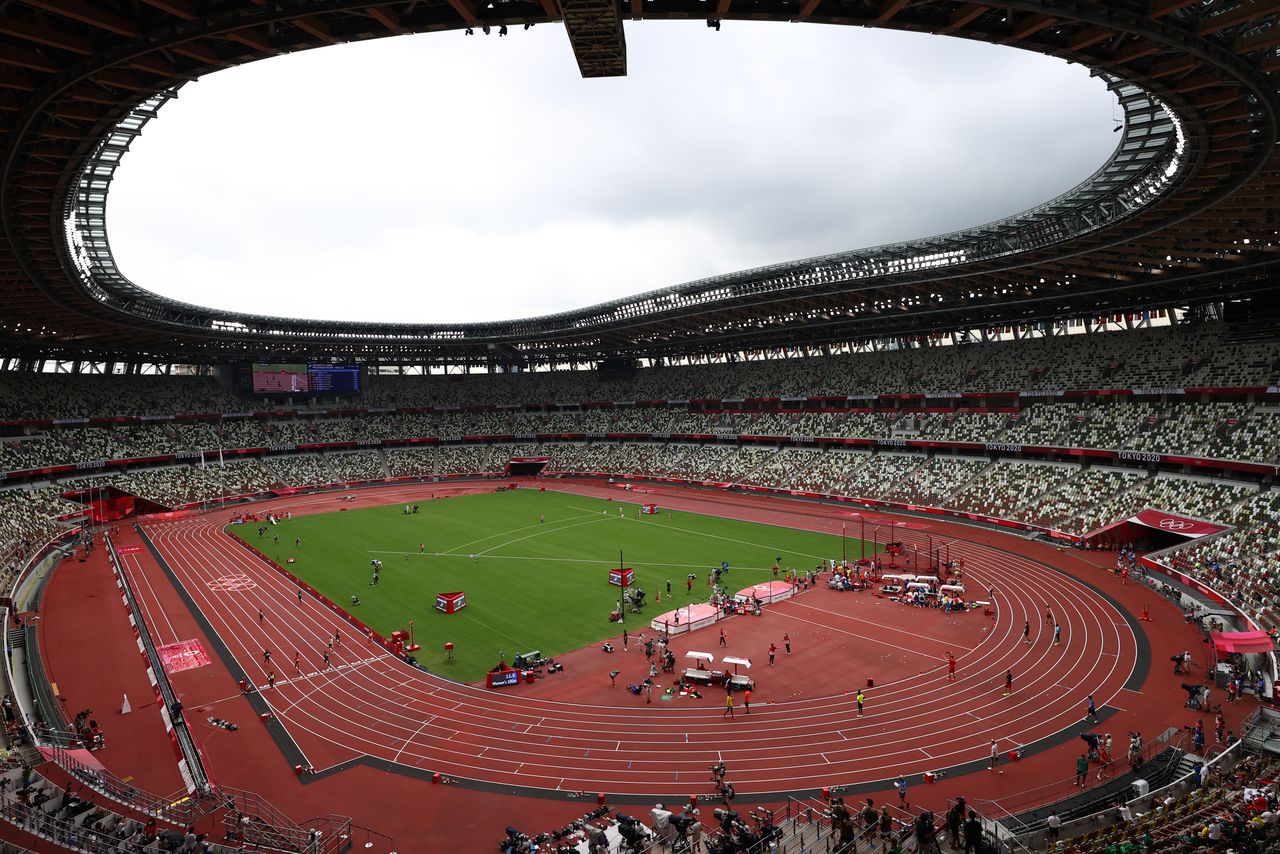