TOKYO (Reuters) -Ryan Murphy lost the second of his Rio backstroke titles to Russian Evgeny Rylov at the 2020 Olympics on Friday and the U.S. swimmer then suggested doping had played a part in his demise as events took an acrimonious turn at the Tokyo pool.

There was no easing up from Australia’s gold medal greedy swimmers, with Emma McKeon winning the women’s 100m freestyle for her country’s sixth Olympic title in the pool.

But the celebratory mood at the Tokyo Aquatics Centre changed after Murphy relinquished the 200 backstroke crown, as Rylov, who also won the 100, touched first in an Olympic record.

“It is a huge mental drain on me to go throughout the year, that I am swimming in a race that’s probably not clean and that is what it is,” Murphy told a reporter in the post-race ‘mixed zone’ after finishing second to the Russian with Britain’s Luke Greenbank taking bronze.

But at a later news conference the American, who took bronze in the 100m, backed away from any suggestion that his rivals in the race had cheated.

“I need to be clear, I’ve never made... , my intention is not to make any allegations here. Like, congratulations to Luke and Evgeny. They did an incredible job, they’re both very talented swimmers,” he said.

Instead of reliving his thrilling victory at his post-race news conference Rylov found himself defending his doping record.

“I always do the doping tests ... I would not be able to forgive myself if I had taken something. I don’t know how to react to this. I haven’t been accused of anything,” he said.

The exchanges cast a cloud over what had been another excellent session, which began with Africa’s second gold medal of the Games.

Schoenmaker, who had claimed silver in the 100m breaststroke on Tuesday, powered home to finish 0.97 seconds ahead of American Lilly King, with Annie Lazor of the United States in third.

The 24-year-old’s victory came after Tunisian Ahmed Hafnaoui’s success in the men’s 400m freestyle on Sunday.

King led until the 150m turn when Schoenmaker went in front and then delivered a powerful final length to smash the world record and grab gold.

“It still hasn’t sunk in,” Schoenmaker said. “I don’t wish my Olympic dream over, but I am excited to go and celebrate even just being at the Olympics.”

Australia’s McKeon led at the turn in the 100m free and held off Hong Kong’s Siobhan Haughey down the final straight to win by 0.31 seconds, with team mate Cate Campbell taking bronze.

“I can’t believe it,” McKeon said. “I can just feel my emotions bubbling up now. I feel like this week has been a bit of an emotional rollercoaster -- just getting up for your races and trying to relax again.”

The 29-year-old Campbell has three gold medals from relays to her name but had been looking for a first individual title to go with her bronze in the 50m freestyle from Beijing.

Although she had to settle for another bronze, Campbell said her tears were of joy.

“Honestly, it means the world to me. It’s been a really long journey to get here. I’m incredibly proud of that performance. These aren’t sad tears at all,” she said.

Wang overtook American Michael Andrew in the final freestyle leg to win the 200m medley with a time of 1:55 with Britain’s Duncan Scott taking silver and Switzerland’s Jeremy Desplanches the bronze.

Andrew had led at the final turn but faded to finish fifth, while Hungary’s Laszlo Cseh, in his fifth Olympics at the age of 35, had been second at the halfway stage but ended seventh.

Wang said he had taken a more focused approach in Tokyo.

“I was just a kid at the London Olympics and it was easier, more of a fun feeling. When I was in Rio I wanted to compete with my team mates and also get a medal,“ he added.

“This time I just wanted to focus on myself.” 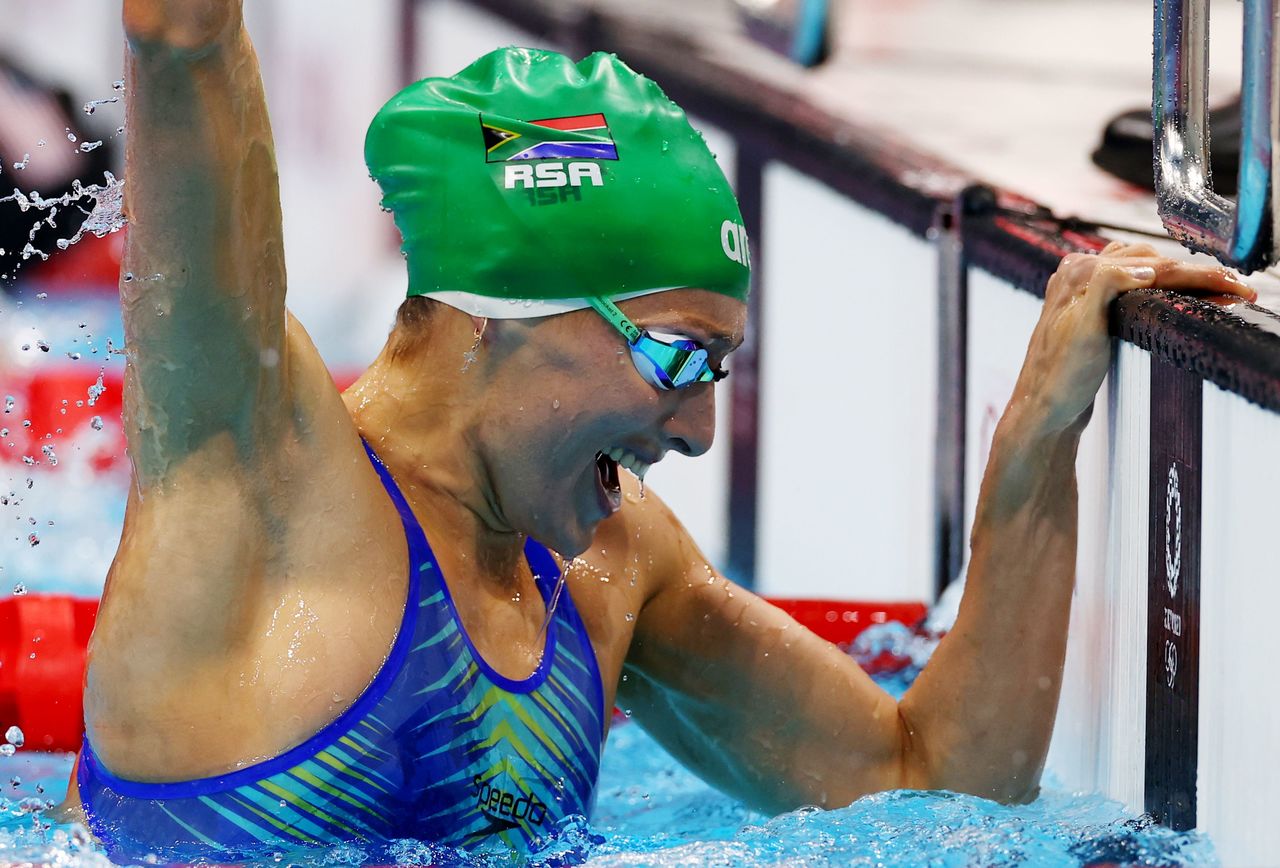 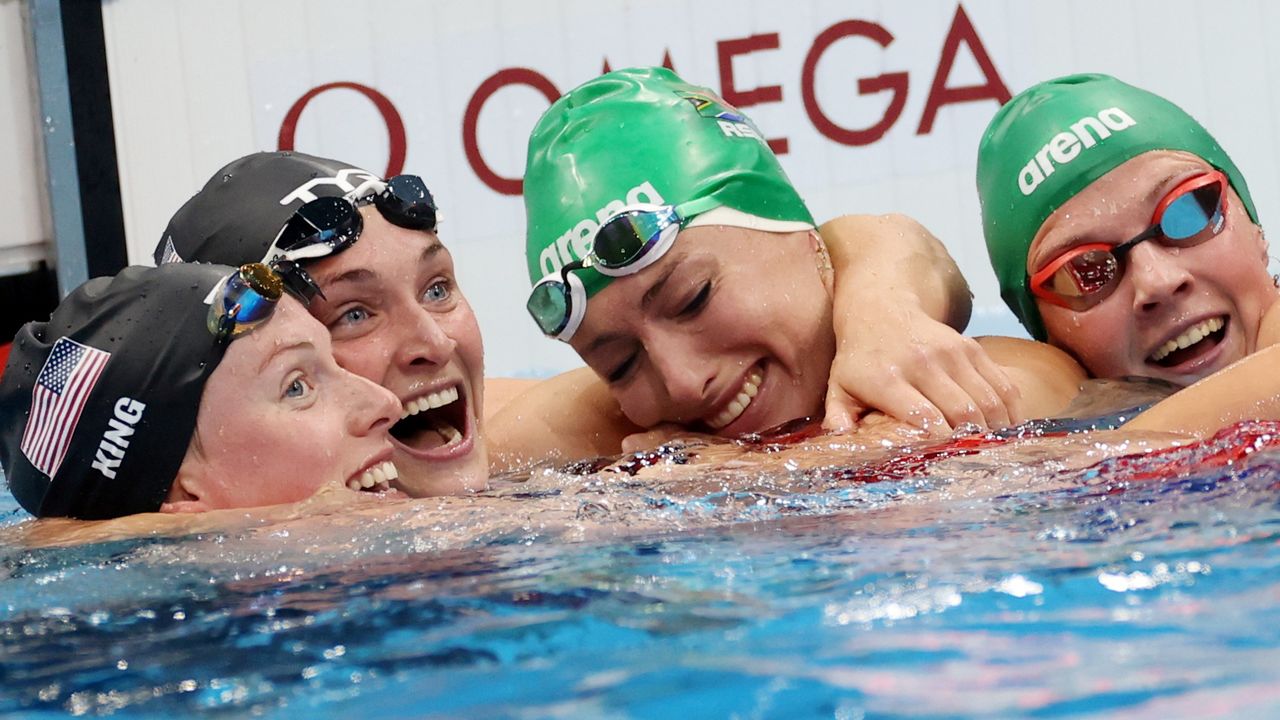 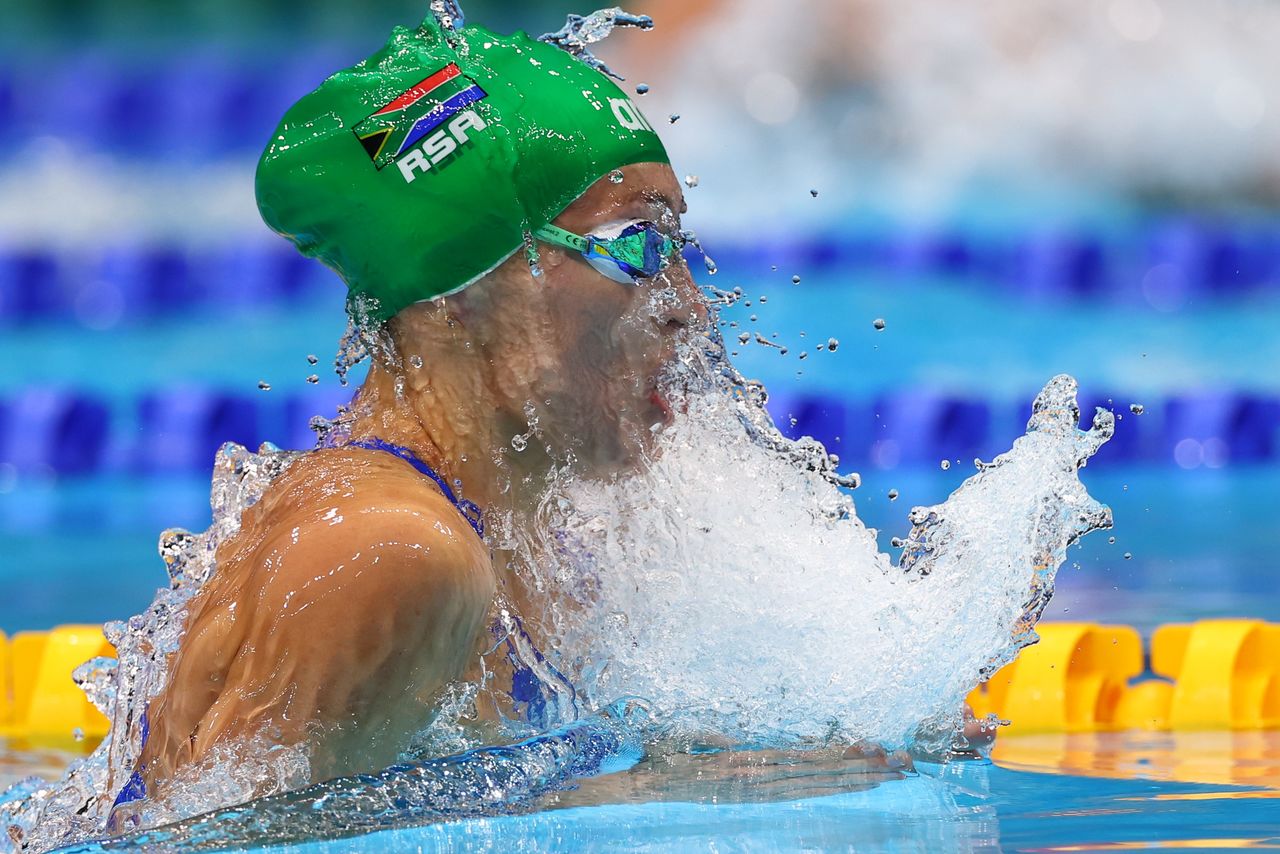 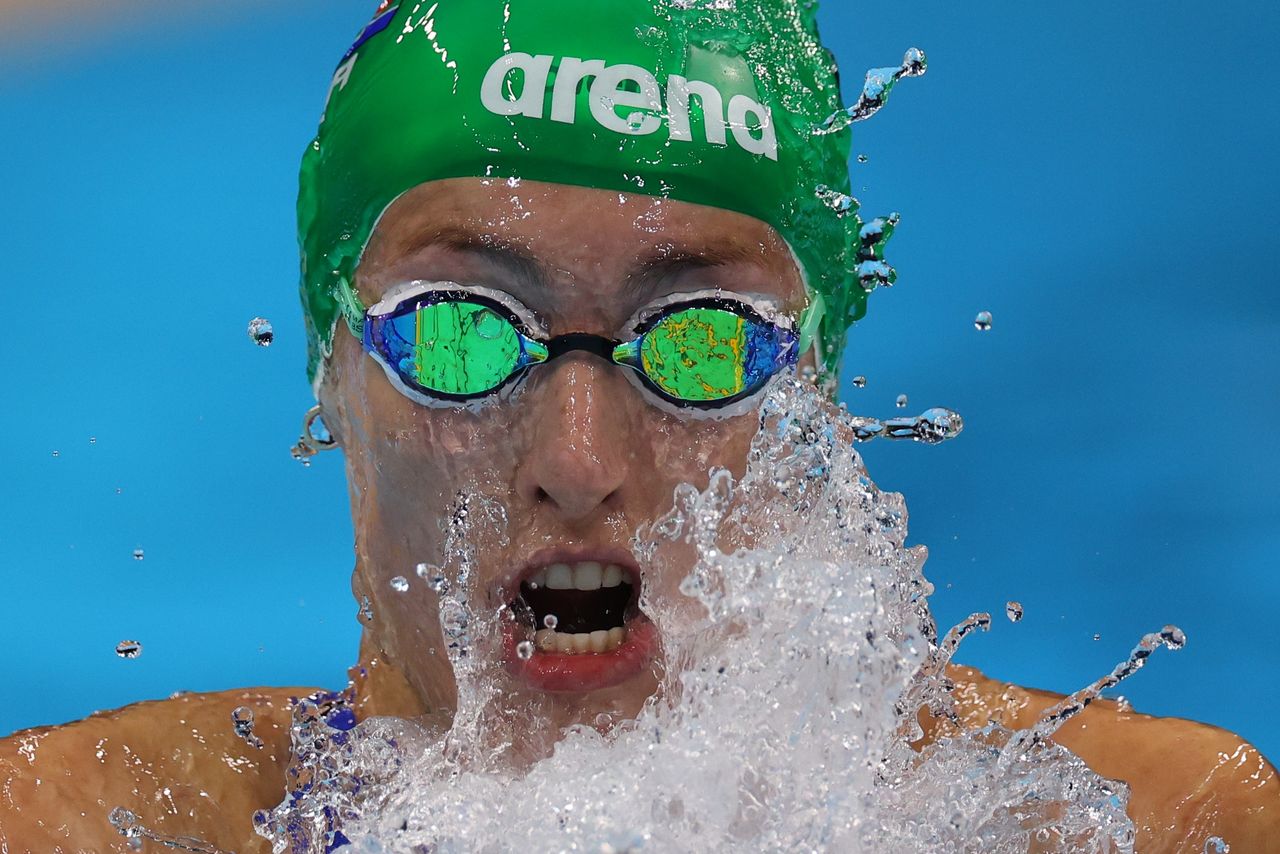 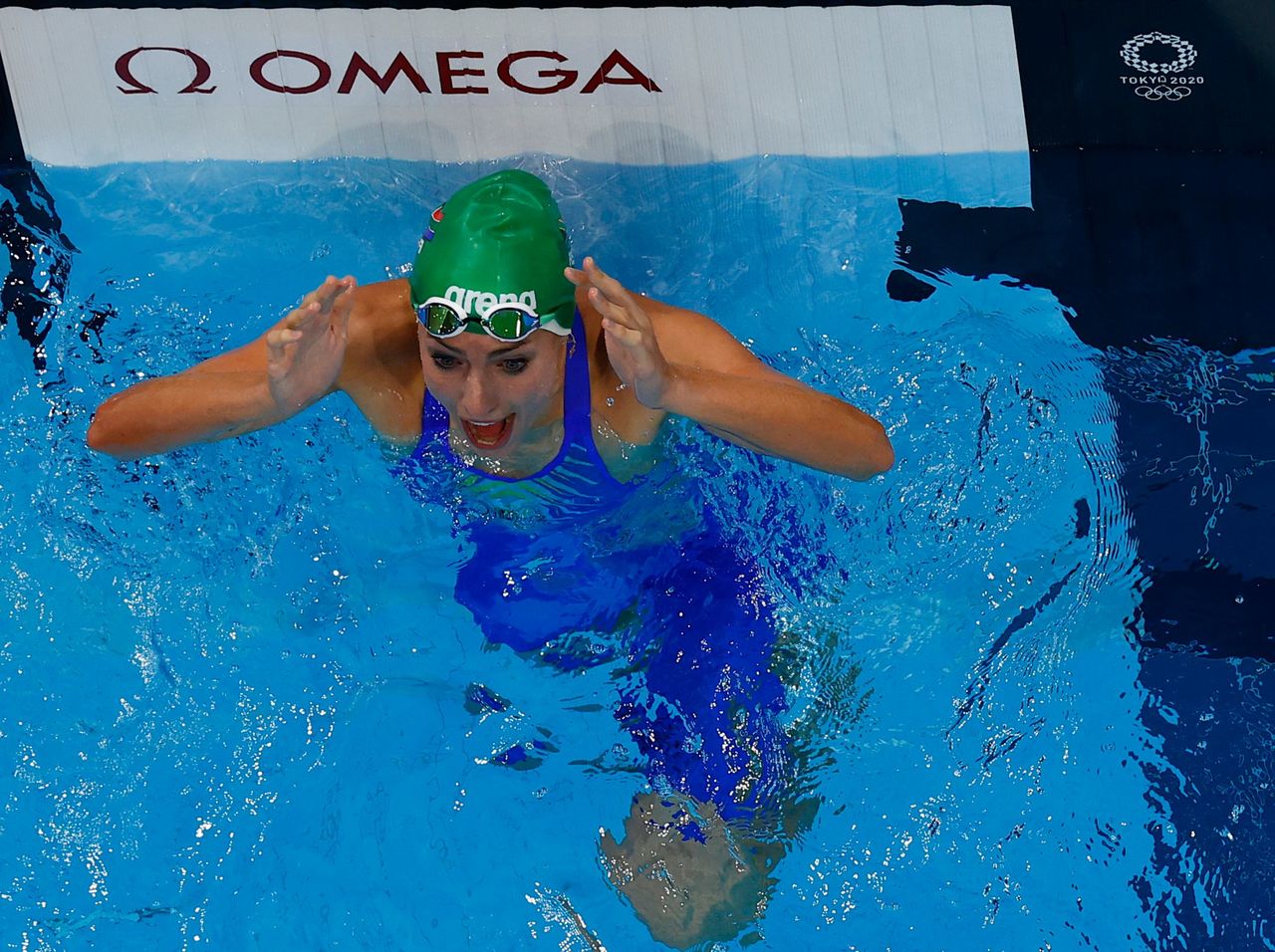