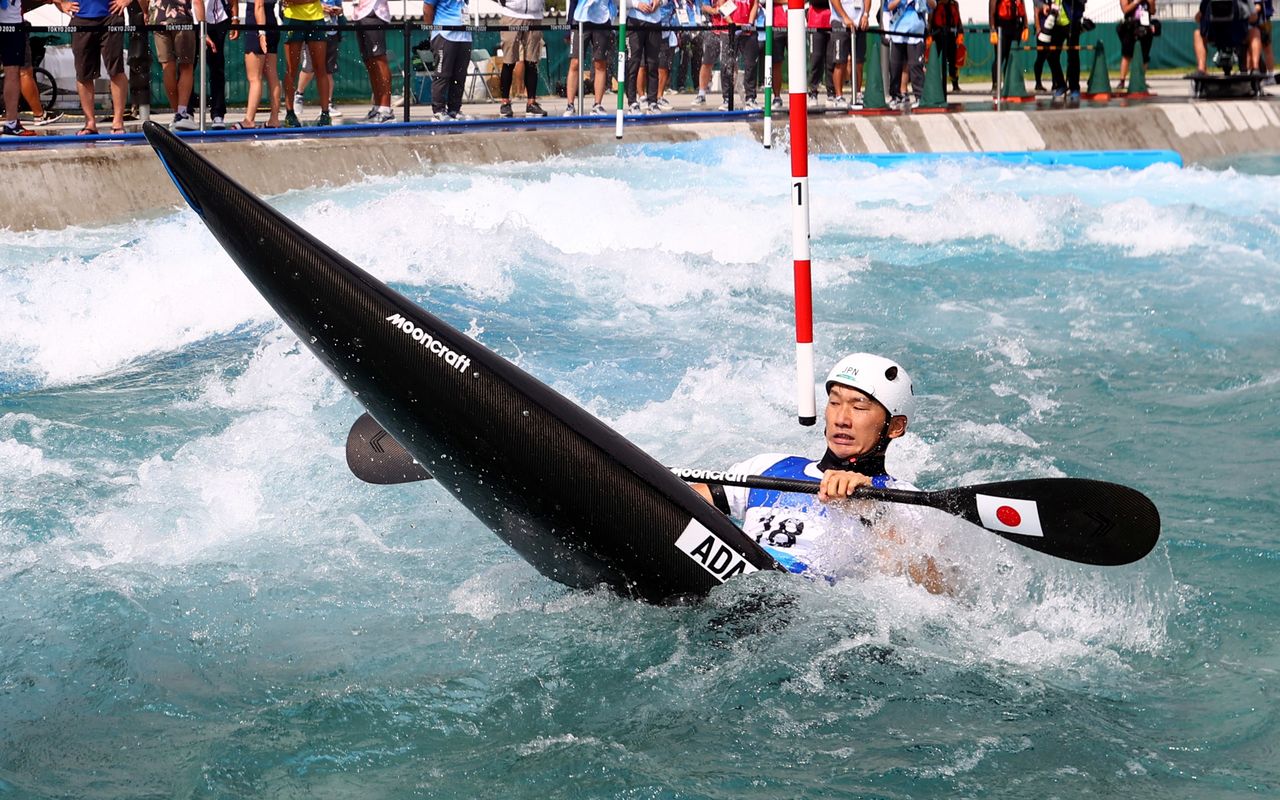 TOKYO (Reuters) -Japanese kayaker Kazuya Adachi is taking on European domination of canoeing with a bespoke boat built by race car engineers who had never designed a kayak before and did not bother looking at one before they started.

“We don’t really know how Adachi’s boat compares with other kayaks because we haven’t examined any others,” said Takuya Yura, the founder of Mooncraft, a company that builds streamlined racing cars from moulded carbon composite panels.

Like the sport, canoe and kayak design is mostly European, with makers such as Vajda in Slovakia building most boats used by the world’s top paddlers. Rather than copy those, Mooncraft decided to start from scratch by building a series of custom-made carbon fibre boats for Adachi over two years, each one a little better than the one before.

As in motor sports, kayaks and canoes have to conform to strict weights and dimensions. Mooncraft initially struggled to get the weight down to the sport’s 9 kg minimum, Yura said.

The one-year delay caused to the Games because of the COVID-19 pandemic gave the company, which was acquired by materials maker Toray Industries in 2018, more time to perfect its design.

Yura declined to say how much Mooncraft’s kayak project is costing, only that Adachi is not paying for it.

On the artificial white water rapids at the Kasai slalom centre, Adachi used boat No. 9, with boat No. 10, the latest model, kept in reserve. Adachi, Yura said, wanted a kayak that is stiffer than those used by other paddlers.

“I have a boat that is fitted to this course,” said Adachi.

The world number 59 placed sixth in the canoe slalom heats, although he failed to qualify for the final, which was won by Jiri Prskavec from the Czech Republic.

Of the 12 slalom medals awarded in Tokyo 10 were won by Europeans.

Adachi’s strong showing in Tokyo, however, could provide Yura with an opening to take on European boat makers on their own turf.

“I have been approached by someone in France,” said Yura. “But going into full production is not the same as making bespoke kayaks for Adachi,” he added.

The canoeing events in Tokyo would have been the first time that Yura and his engineers got a good look at the kayaks used by other paddlers, but the pandemic ban on spectators meant they could only watch on television or online.

“We really wanted to be there,” Yura said.