TOKYO (Reuters) -Colombian Mariana Pajon’s long reign as queen of Olympic women’s BMX racing was ended by British underdog Bethany Shriever in a gripping final on an accident-marred day in which American Connor Fields was taken to hospital after a horrible crash.

On a day in which several favourites were involved in crashes, the men’s gold was won by Dutchman Niek Kimmann who edged out Britain’s Kye Whyte in another thriller.

Sadly, a spectacular day of racing was overshadowed by the crash involving the 28-year-old Fields.

He was on course to defend his Rio gold after finishing third and first in the opening two runs of his semi-final heat.

Fields could have simply cruised around the third run with his place in the final already assured, but his warrior spirit meant he went full gas into the first corner after the opening jumps.

Some contact just before the steeply-banked curve pitched him forwards and he crumpled into the grey concrete that had dried after a 45-minute delay caused by heavy morning rain at the Ariake Urban Sports Park.

After receiving lengthy attention he left the facility in an ambulance, with USA Cycling saying he was “awake” and awaiting further medical evaluation.

Pajon is a household name in Colombia having won BMX golds in London 2012 and Rio 2016.

A knee injury in 2018 put her Tokyo hopes in doubt but the way she dominated Thursday’s quarter-finals made her favourite to bag another gold.

But the 22-year-old Shriever, who once had to fund her cycling by working as a teaching assistant, had other ideas.

Shriever burst out of the starting gate three times to dominate her three semi-final heats from the front.

She did the same in the final, leading from the front and then holding off a surging Pajon at the finish.

Dutchwoman Merel Smulders was third, making up for her sister Laura who also crashed out.

Shriever said she knew Pajon was gaining down the final straight but managed to keep a cool head.

“When I saw her coming next to me I knew I had to stay smooth, so that’s what I did and managed to hold it to the line. Mariana is an absolute inspiration to me and she’s the only rider I’ve ever really looked up to.”

“She was really fast, she did an amazing job,” she said.

Former world champion Kimmann had looked impressive in his semi-final heat, along with Whyte.

And with Fields unable to take his place in the final despite still being named on the start list, the duo battled it out for gold.

Kimmann got in front from the start but Whyte was never far behind around the snaking circuit.

The Dutchman came off the final bend with a narrow lead, however, and pedalled with fury down the final straight to hold the British charger at bay.

“I lined up for the final and I was like this is it, time to go and I took a deep breath and just looked at the track and just realised it was a track I’d been riding my whole life,” he told reporters.

Whyte, a product of the south London Peckham BMX club founded by his father Nigel and whose older brothers both rode for Britain, later roared as Shriever crossed the line for gold.

Britain had never won a BMX medal before.

“Excitement and disbelief,” Whyte said of their exploits. We made history in Britain today.“

Kimmann said the many crashes were down to the high stakes.

“When there’s so much on the line riders are willing to take a lot of risks,” he said. 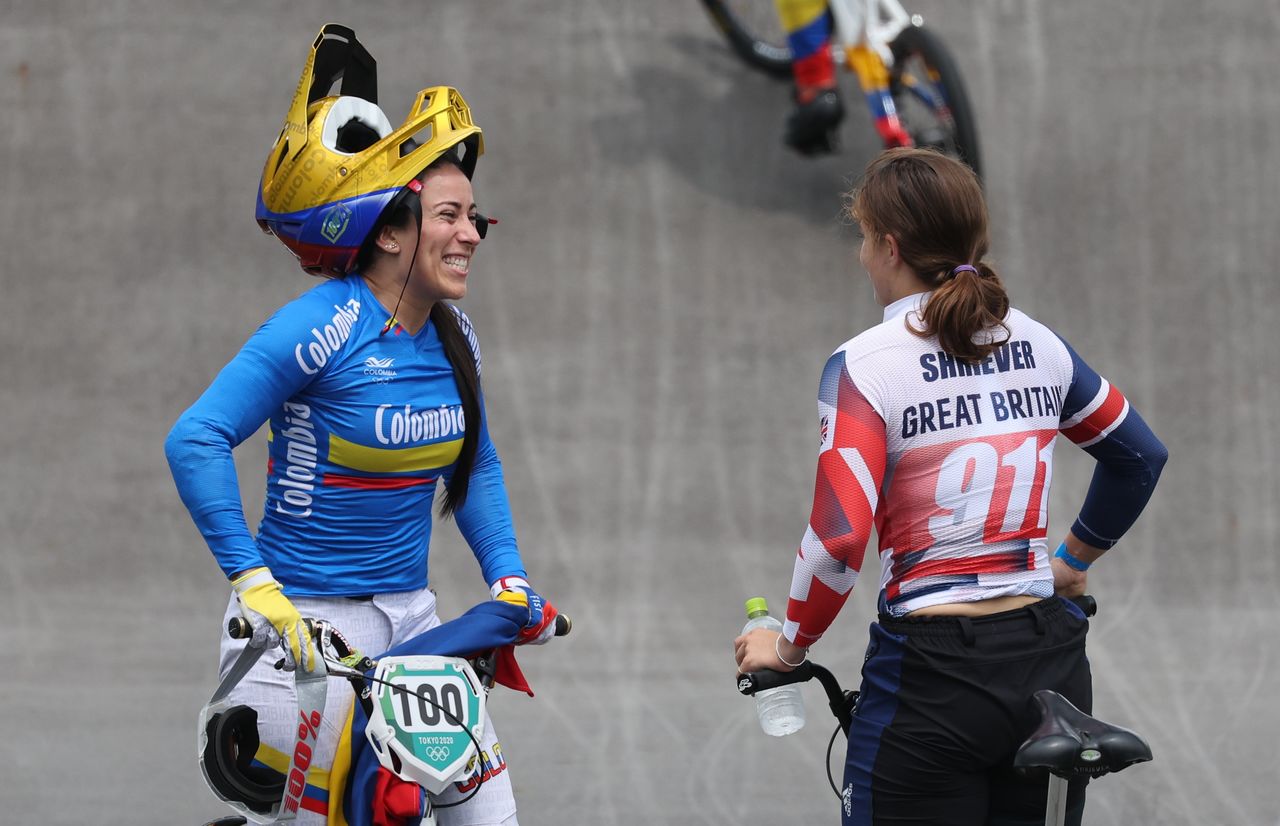 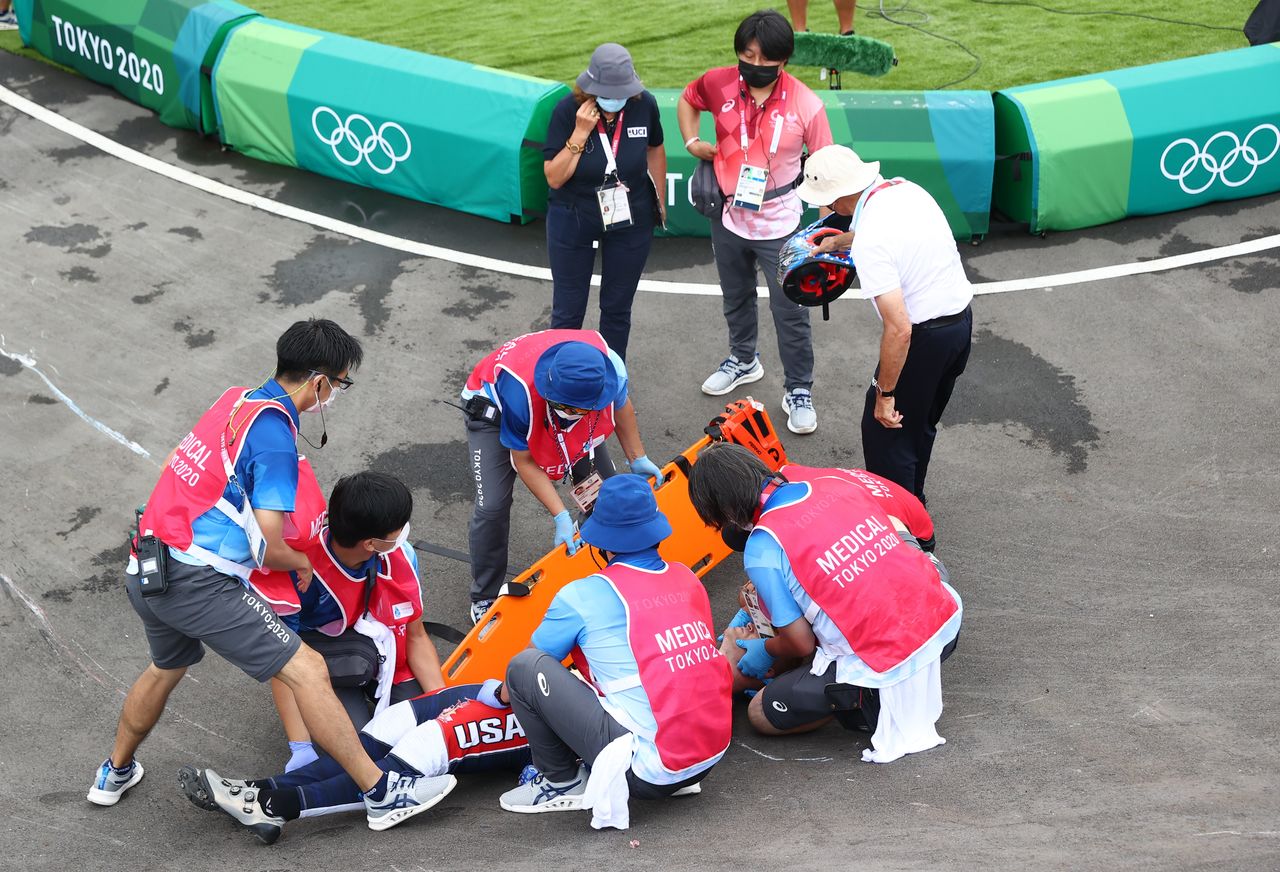 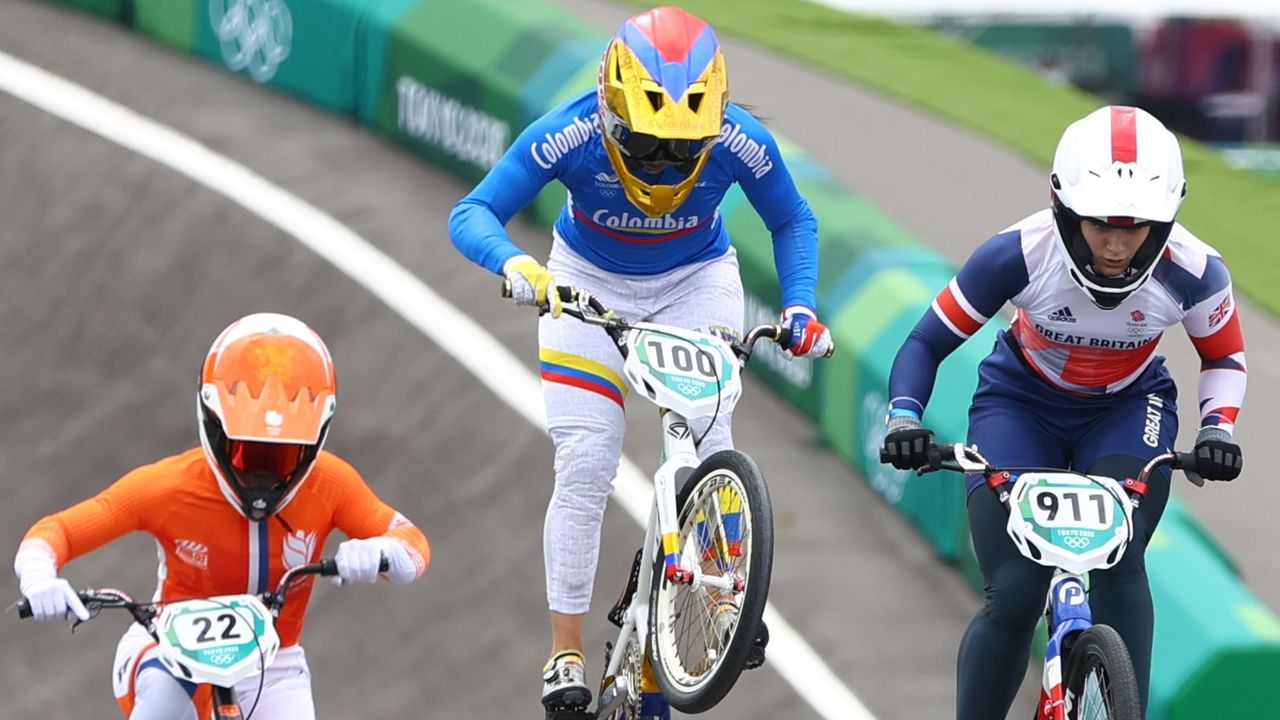