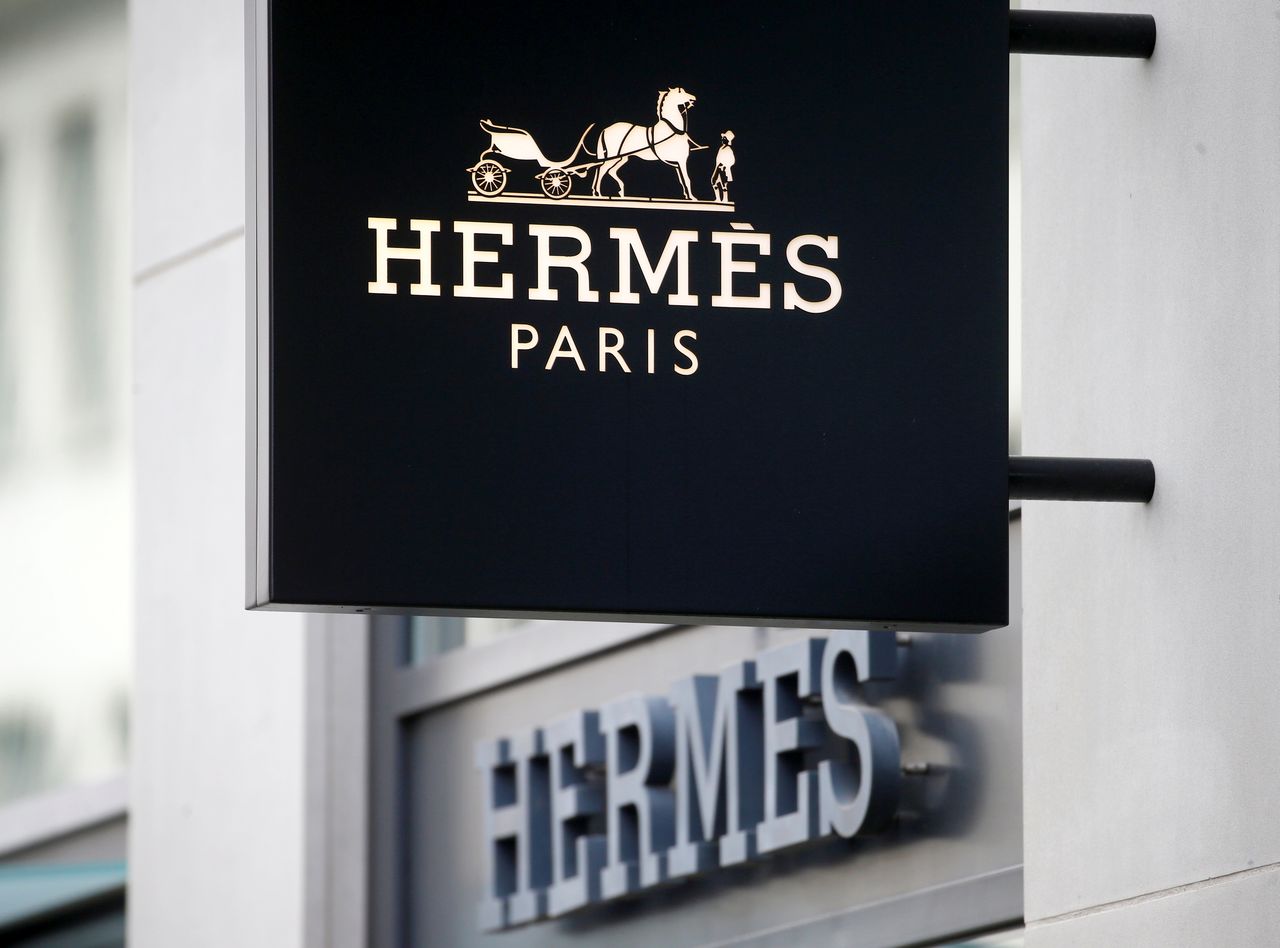 FILE PHOTO: The logo of French luxury group Hermes is seen at a store, as the spread of the coronavirus disease (COVID-19) continues, in Zurich, Switzerland February 17, 2021. REUTERS/Arnd Wiegmann

By Silvia Aloisi and Mimosa Spencer

PARIS (Reuters) -Birkin handbag maker Hermes said it expected sales of its leather goods division to "normalise" after stellar growth in the first half of the year, flagging a slowdown of sorts even as it rides a sharp rebound in the luxury sector.

Hermes executives also said a half-year operating profit margin of 41% - the highest of the last decade - would not be replicated in the second part of the year, partly because the group plans to increase investments.

The luxury goods industry, which suffered an unprecedented sales contraction last year, has bounced back sharply in 2021, and sector heavyweights, such as Hermes and French rival LVMH, have weathered the crisis better than rivals.

But analysts say capitalising on pent-up demand unleashed by looser coronavirus restrictions around the world may be harder for Hermes because of its self-imposed production limits - the group prefers to have long waiting lists for its prized handbags than to accelerate production.

"Our real capacity constraint is quality, and that means having the right material and the know-how as these are labour-intensive products requiring a lot of skill," Executive Chairman Axel Dumas told an analyst conference call.

He said the group would stick to its policy of increasing annual sales volumes in its leather goods division by not more than 8% - even if that meant a shortage of some products.

In the three months to June, sales for the leather goods and saddlery division - which includes the $9,000-plus Birkin and Kelly handbags - more than doubled from a year ago and rose by 24% from their pre-pandemic June 2019 levels.

"We will not have the same growth rate for leather goods (in the second half)," Dumas said.

Overall sales at constant currencies were up 127% at 2.15 billion euros ($2.55 billion), as lockdowns eased and shoppers, particularly in Asia and the United States, flocked back to stores, allowing Hermes to run down stocks built up during the COVID-19 emergency. That was 33% above where they stood in the first half of 2019.

The recurring operating margin, at 41% of sales, was six percentage points higher than in 2019 and matched that of industry leader LVMH's fashion and leather goods division. Dumas said that level should not used to extrapolate for the rest of the year.

He said Hermes, unlike some rivals, had not postponed investments during the health crisis and had kept renovating stores and opening new ones, including one in Tokyo in February and one in Detroit in June. The group, which traditionally opens a new manufacturing site in France every year, has hired around 400 people so far in 2021.