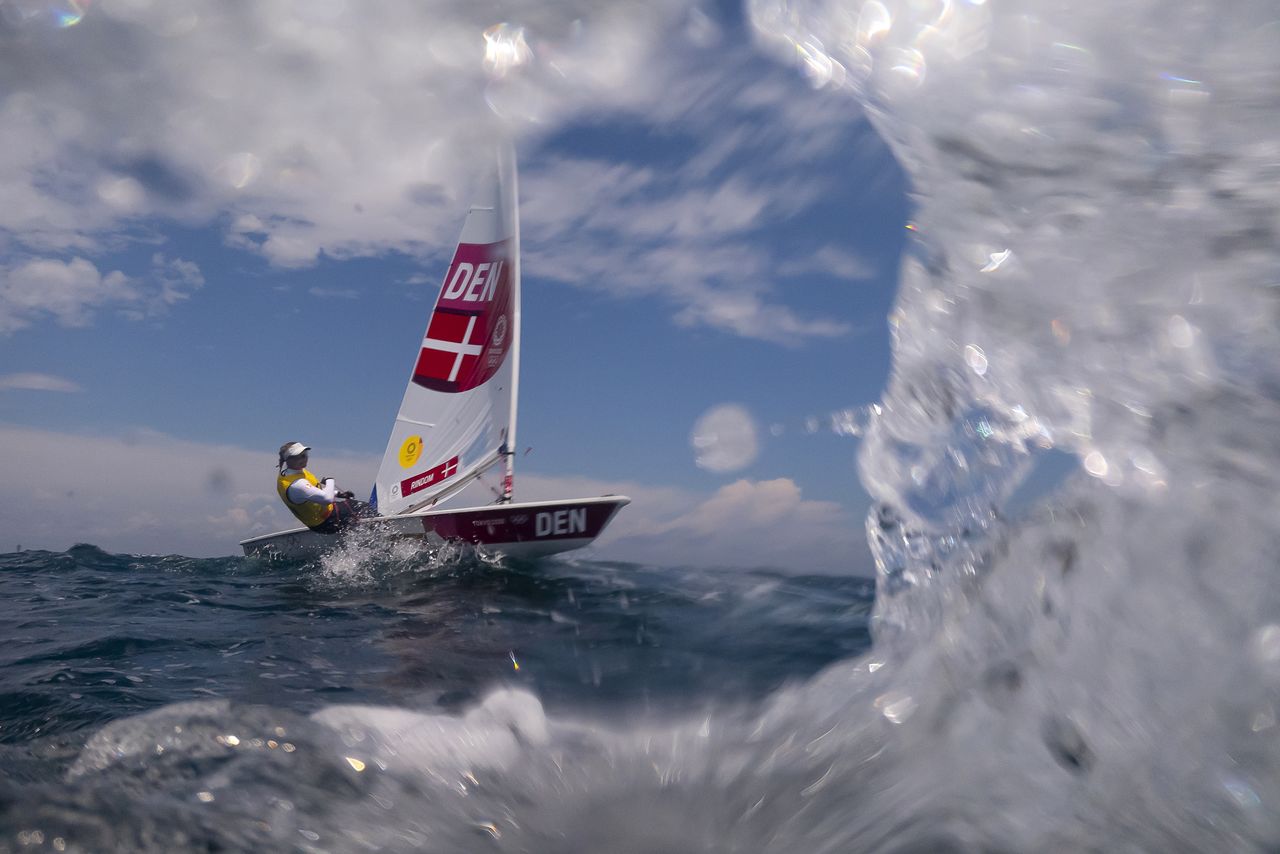 ENOSHIMA, Japan (Reuters) -Australia’s Matt Hearn all but wrapped up the gold in the men’s Laser class on Friday but Denmark’s Anne-Marie Rindom made a costly error in the women’s Laser Radial category that dented her hopes of victory in Sunday’s medal race.

Hearn has a 22-point lead over Hermann Tomasgaard of Norway, meaning he only needs to start and finish the race while avoiding disqualification from the competition to win gold.

Things are looking tougher for Rindom, who seemed to be cruising to Olympic gold before a bump with a competitor and her confusion over the rules saw her lead drastically cut ahead of Sunday’s medal race.

Rindom, bronze medallist at the Rio Games, was shown a second yellow flag after her dinghy touched that of Dutch racer and nearest rival Marit Bouwmeester in the last of the 10 opening series races.

That should have disqualified Rindom from that race but when a general restart was announced the disqualification was annulled and she was entitled to continue.

The Dane initially began to race but, unsure of the rules, decided to pull out, fearing that racing while disqualified could see her removed from the whole competition.

That decision proved costly, as Rindom had 45 points added to her total for pulling out.

“Obviously that was wrong, and I can only blame myself because I should have known the rule. But again, I’ve never been in this situation in my whole sailing career,” a tearful Rindom told reporters.

As a result of the penalty, the 26-point lead she held over Bouwmeester going into the final qualifying race on Friday was cut to seven, with Sweden’s Josefin Olsson three points further back ahead of Sunday’s medal decider.

“Obviously I’m super-sad about my performance today, it just feels like I wasn’t present and I just did so many stupid things,” the 30-year-old Rindom said.

“I’m just devastated right now, it’s hard to be in my own body.”

At the top of 49er classes for men and women, five points separate the top four men’s teams after nine of the 12 opening series races and the women’s top four are within a similar span.

Britons Dylan Fletcher and Stuart Bithell are top of the men’s leaderboard on 34 points, ahead of reigning Olympic champions Peter Burling and Blair Tuke of New Zealand in second thanks to their superior placings in the previous races.

Spaniards Diego Botin Le Chever and Iago Lopez Marra are one point further back in third, with the Danish pairing of Jakob Precht Jensen and Jonas Warrer in fourth on 39 points.

In the women’s event, Britain’s Charlotte Dobson and Saskia Tidey lead on 34 points, with the Dutch, Brazilian and Spanish crews all hot on their heels.

Saturday will see sailing’s first medals awarded, with the windsurfing medal races due to take place.