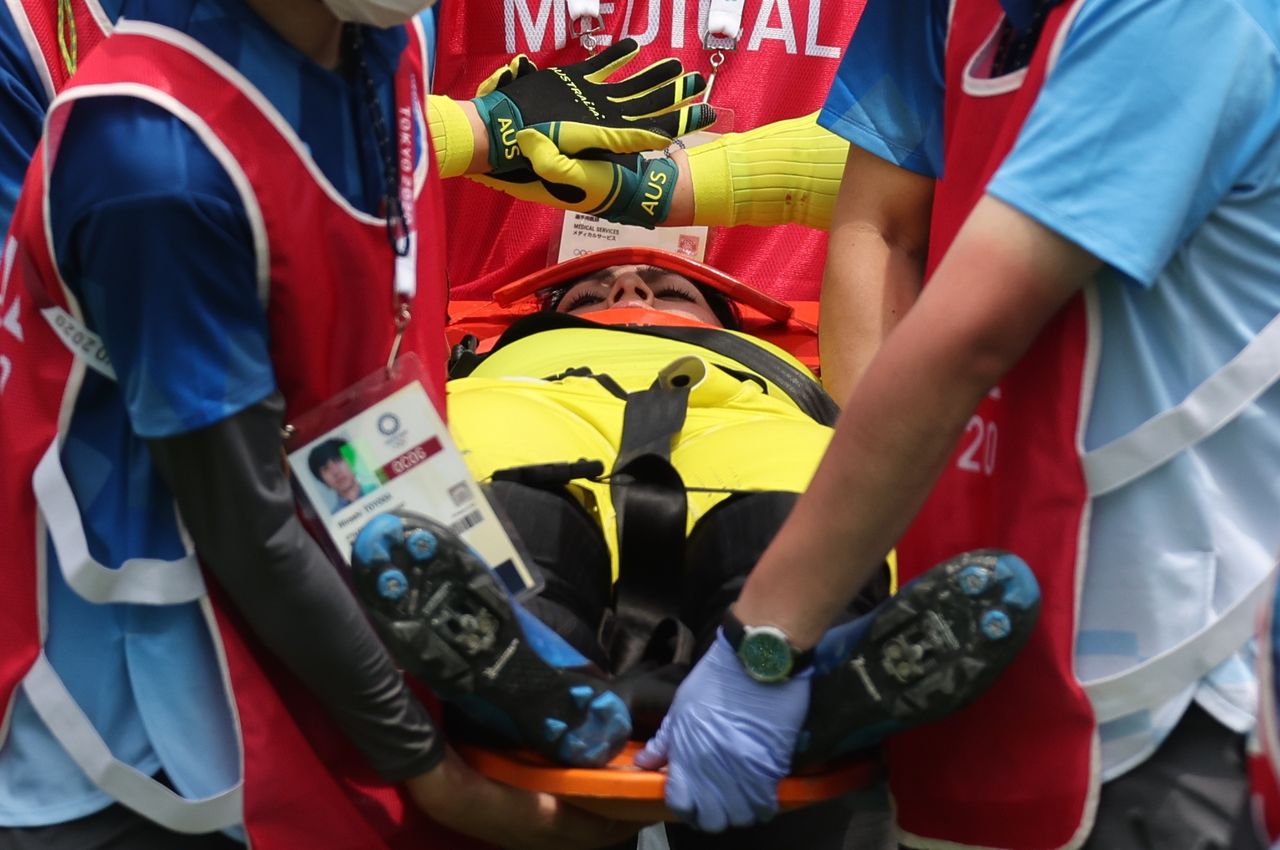 TOKYO (Reuters) - With tears streaming down her face, Australian BMX rider Saya Sakakibara said all she could think about after crashing out of the women’s Olympic semi-finals on Friday was her brother, a fellow cyclist who suffered a traumatic brain injury last year.

“I don’t remember the crash ... I just feel regret. That’s all I feel,” she said in Japanese, weeping and tugging at the ripped green and gold sleeve of her uniform.

“It just sucks,” she repeated.

Sakakibara, 21, was introduced to the sport by her older brother Kai, who represented Australia in five world championships before crashing at a World Cup event last year.

On a day marred by accidents, U.S. favourite Connor Fields also left the venue in an ambulance after crashing. USA Cycling said the American rider was “awake” and was awaiting further medical evaluation.

Sakakibara, who was carried off the course on a stretcher after crashing with other cyclists in the semi-final, later returned to the course after she was medically cleared. The Australian team said she had suffered a concussion.

After watching the finals on the sidelines, Sakakibara put on a brave face, saying she had tried her best in a notoriously dangerous event.

“I think I was able to ride well, not just for Australia but for Kai as well,” she said, adding that she talked to her brother and family after her crash and apologised for letting them down.

In a photo she posted on Instagram ahead of the race, Sakakibara thanked her brother for introducing her to the sport.

“The reason I am here in Tokyo is because of you,” she wrote. “I followed in your footsteps to make it here and now it’s time to do it for the both of us.”