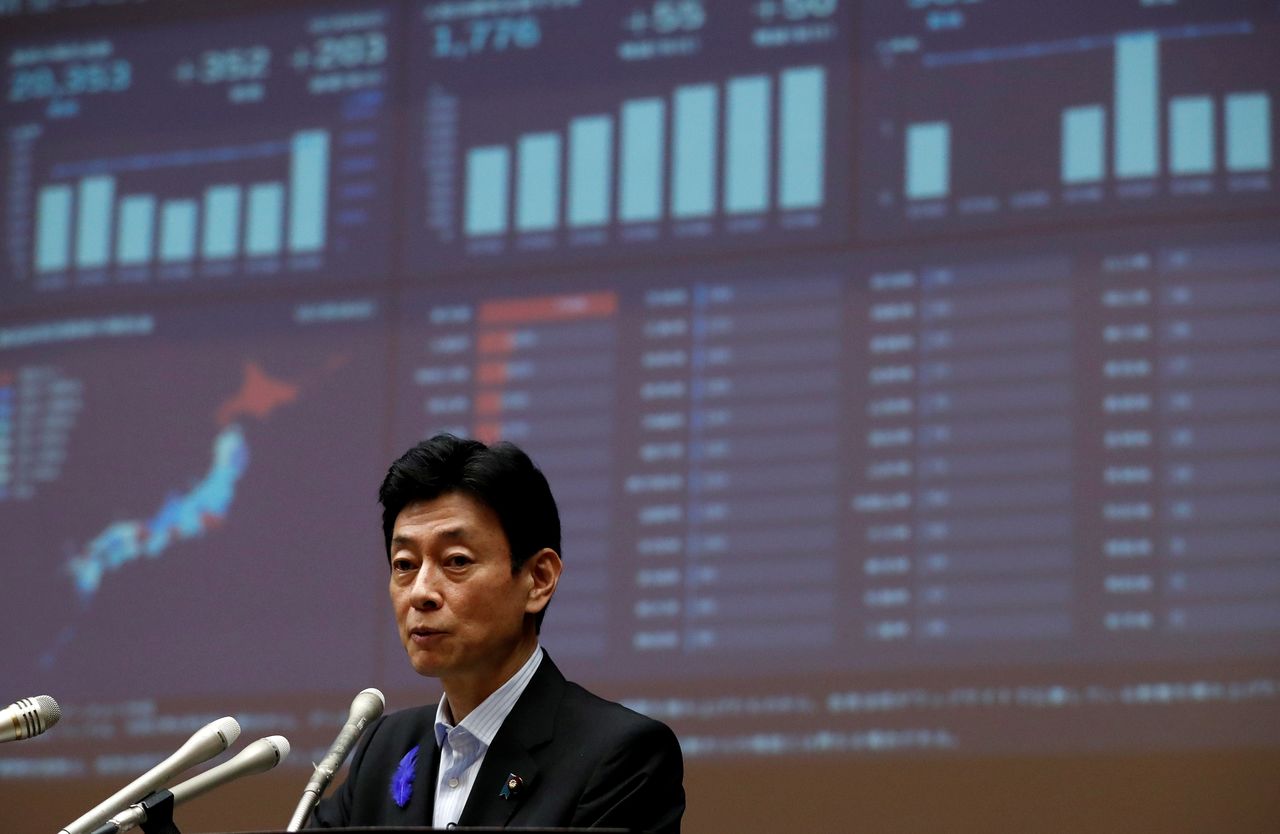 TOKYO (Reuters) - Japan will act "without hesitation" to cushion the economic blow from the COVID-19 pandemic, economy minister Yasutoshi Nishimura said on Friday, signalling the government's readiness to compile another spending package as the crisis weighs on growth.

Japan decided on Friday to expand states of emergency to three prefectures near Olympic host Tokyo and the western prefecture of Osaka, as COVID-19 cases spike, a move that will delay an already fragile economic recovery.

With slow vaccinations and handling of the pandemic hitting his support ratings, Prime Minister Yoshihide Suga is under pressure to deploy another relief package to appeal to voters ahead of general elections scheduled later this year.

"We'll pay close attention to economic conditions, including the impact from infections and state of emergency curbs," Nishimura told a parliament hearing on the government's pandemic response.

"I'm in close consultation with the prime minister and we're ready to take macro-economic policy steps without hesitation," Nishimura said, when asked about the possibility of compiling another stimulus package.

Lawmakers have escalated calls for a new relief package to deal with the prolonged pain from the pandemic, with ruling party heavyweight Toshihiro Nikai floating the idea of an exra budget sized around 30 trillion yen ($274 billion).

Japan's Jiji news agency reported on Thursday that Suga will soon instruct his administration to compile another stimulus package funded by from an extra budget to be passed through parliament after the elections.

The ruling Liberal Democratic Party will create a formal proposal on the stimulus package in early September, Jiji said.

Tokyo has deployed massive stimulus packages totalling $3 trillion over the past year to combat the pandemic, adding to a debt pile that is already the biggest among major economies.

Some analysts question whether the money set aside under the packages are used effectively.

A record 30.8 trillion yen was left over from the previous fiscal year's budget, Ministry of Finance data showed on Friday, including 4.7 trillion yen set aside for public works spending.