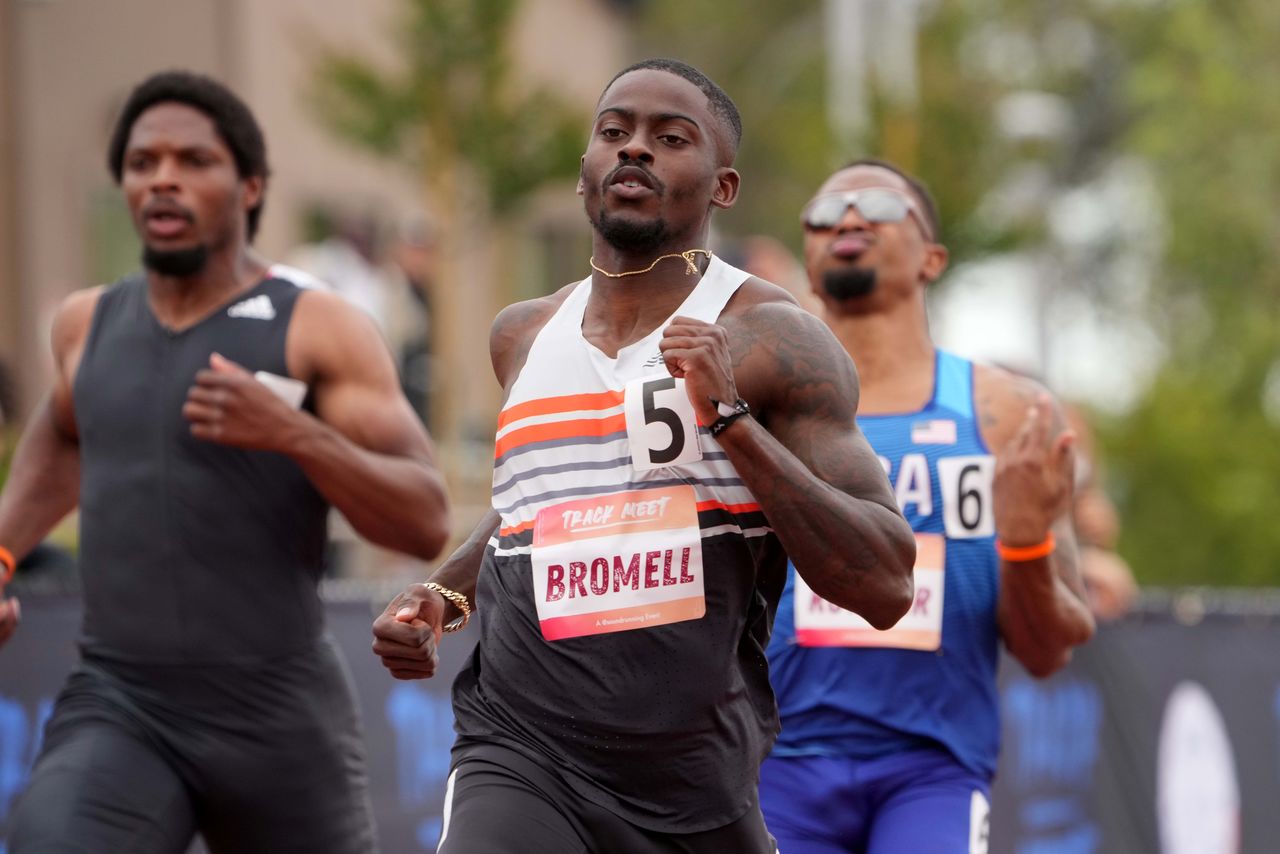 TOKYO (Reuters) - Neil Duncanson, the man who has analysed every Olympic 100 metres final in forensic detail, is predicting three Americans in the Tokyo showdown and says Trayvon Bromell has gold in his grasp if he gets a clean start.

Duncanson is the author of “The Fastest Man on Earth - The inside stories of the Olympic men’s 100 metres champions” which has just been published by Welbeck in a fourth edition after being originally written ahead of the 1988 Seoul Games.

The book, with a foreward by Usain Bolt, gives detailed accounts of every race since 1896 but tells the back stories of the men who triumphed, many of them being troubled tales.

Bolt, of course, fills three chapters on his own, but now the Jamaican champion of 2008, 2012 and 2016 has retired, Duncanson is excited by what comes next.

“In a sense it’s Hamlet without the Prince but it’s an even bigger hole than that in some ways,” Duncanson told Reuters in an interview on the eve of the Tokyo Games.

“The world champion (Christian Coleman) is banned, the man we thought would beat everybody, Noah Lyles, messed up the trials and Father Time caught up with Justin Gatlin.

“But actually there is some really good talent coming through and I think Trayvon Bromell and Ronnie Baker are a class apart.

“I think Trayvon will win it if he gets out properly. He messed up Monaco and stumbled out of the blocks and Ronnie beat him so he has to get it absolutely right because Ronnie is very close.

“Trayvon does seem quite comfortable. He had a tough life and had the trials and tribulations of his injuries over the last few years but I think his religious convictions have given him a bit of peace.”

Duncanson said that in the ebb and flow of the event he was not surprised that Jamaica seem to have struggled to produce a new wave of talent to follow Bolt and that it was to be expected that sprinting’s traditional superpower, the United States, would be back in the mix having not won the 100m since Gatlin’s triumph in Athens in 2004.

“So Trayvon really needs to do it now as by Paris I think he’ll be overtaken.”

Duncanson said it would be great for the sport if one of the promising Japanese or Chinese athletes could make the final and that Canada’s Andre die Grasse and South African Akani Simbine would probably get there, along with all three Americans.

“But, as I say in the book, these guys are the modern day gunslingers,” he added. “Mistakes are made often, and they’re not redeemable in the 100 metres.”

One theme covered in great depth in the book is the scourge of doping.

“I don’t think it’s ever going to go away and I think the widely-held view is that the drug makers are still well ahead of the drug testers, though detection has got a lot better,” Duncanson said.

“Because of the history you just don’t know and you always fear the worst. It’s awful that your default setting is that there probably are runners doping.

“But I think the Bolt era permeated into the sport. I think Bolt has had a lot to do with educating people and promoting the fact that it can be done clean.”

The men’s 100m gets underway on Saturday, with the final on Sunday.