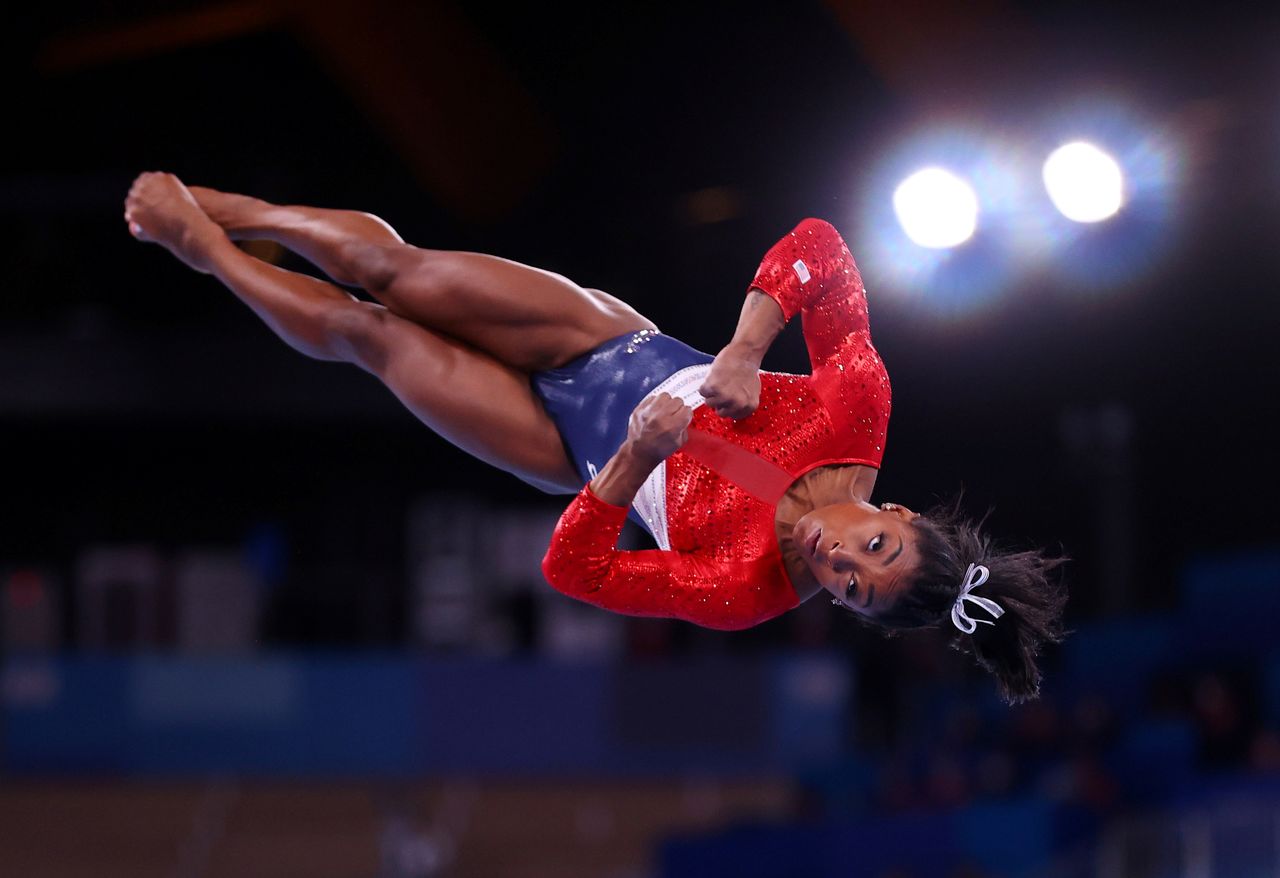 (Reuters) - The world was shocked when Simone Biles withdrew from the women’s Olympic gymnastics team finals on Tuesday.

As soon as she completed only a one-and-a-half twisting Yurchenko vault instead of her normal two-and-a-half, I immediately knew something was not right and wondered, should she continue in the competition?

Simone, the most decorated female gymnast on the world stage, has a history of toughing it out. She won six medals – the maximum possible for a female gymnast – at the 2018 World Championships while suffering kidney stones.

My “gymnast instinct” told me this time was different. I was a competitive gymnast for well over a decade, and although I was far off elite level, I can attest to the mental aspect of the sport.

The official statement from USA Gymnastics said Simone withdrew from the event to focus on her mental health, raising more questions than answers for some. But as soon as I heard her mention the “twisties,” it made complete sense to me – because I have unfortunately experienced them.

When you have the twisties, you suddenly have no idea where you are or what your body is doing. Confusion mounts. In some cases, especially if performing a vault as difficult as Simone’s, the mental block could cause severe injury or even death.

The twisties damaged my relationship with floor exercise. In my teens, I competed with three tumbling passes. The first and last ones were both round-off, back handspring, back laid-out full twist. The sequence had never been a struggle since I learned it. I could do it in jeans with no warm-up if I had to. I could even do a double twist at one point.

Then one day when I was a senior in high school, I started twisting to my face. I would take off from the floor into my back full and then a second later be on my hands and knees. I thought maybe I was off in practice one day, but it kept happening.

Every now and then I would make a good one, but I could never tell whether a good or bad one was coming. I was never able to identify what exactly I did differently during the successful attempts.

I felt lost in the air. Was I trying to twist too early? Too late? Was I not getting enough air? Am I suddenly trying to twist the wrong way? These confusing thoughts compounded in my head almost to the point I became afraid of the skill.

Any gymnast at any point can get the twisties. The worst part is that it is sudden and unexplainable. A gymnast may or may not overcome them, but usually it requires a break from whatever skill or event is causing the issue.

Gymnastics is as much a mental sport as it is physical, and split-second mental errors can have devastating consequences, much more than in most other sports.

I was fortunately never injured on my full twist, but I stopped doing twisting tumbling after high school and I still don’t understand the whole thing to this day. The twisties forever ended my enjoyment of floor.

Front twisting was not a problem. I did a front laid-out full twist off the end of the balance beam for my dismount. I competed that all the way through college on the club gymnastics team.

I was also able to twist on the vault in college. It wasn’t a flipping twist, but a twist nonetheless. I never figured out the floor though and to be honest, I never tried. I was too traumatized.

Twisting is not the only element where gymnasts have mental blocks. But the problem skills are often the flipping or twisting ones where you briefly lose sight of the apparatus.

Luckily, the floor twisties were never too consequential in my career. I was a much bigger fan of the beam, anyway. But I can’t imagine something similar happening on the biggest stage like it did to Simone.

My experience in the sport suggests to me that if the twisties were a main reason for Simone’s withdrawal, then she made the right choice in prioritizing physical and mental safety over anything else.

And a difficult decision like that should never take away from the inspiring and unmatched contributions she has made in the sport of gymnastics.

Simone, thank you. Take care of yourself.

(The opinions expressed here are those of the author, normally a markets columnist for Reuters who was also a competitive gymnast.)