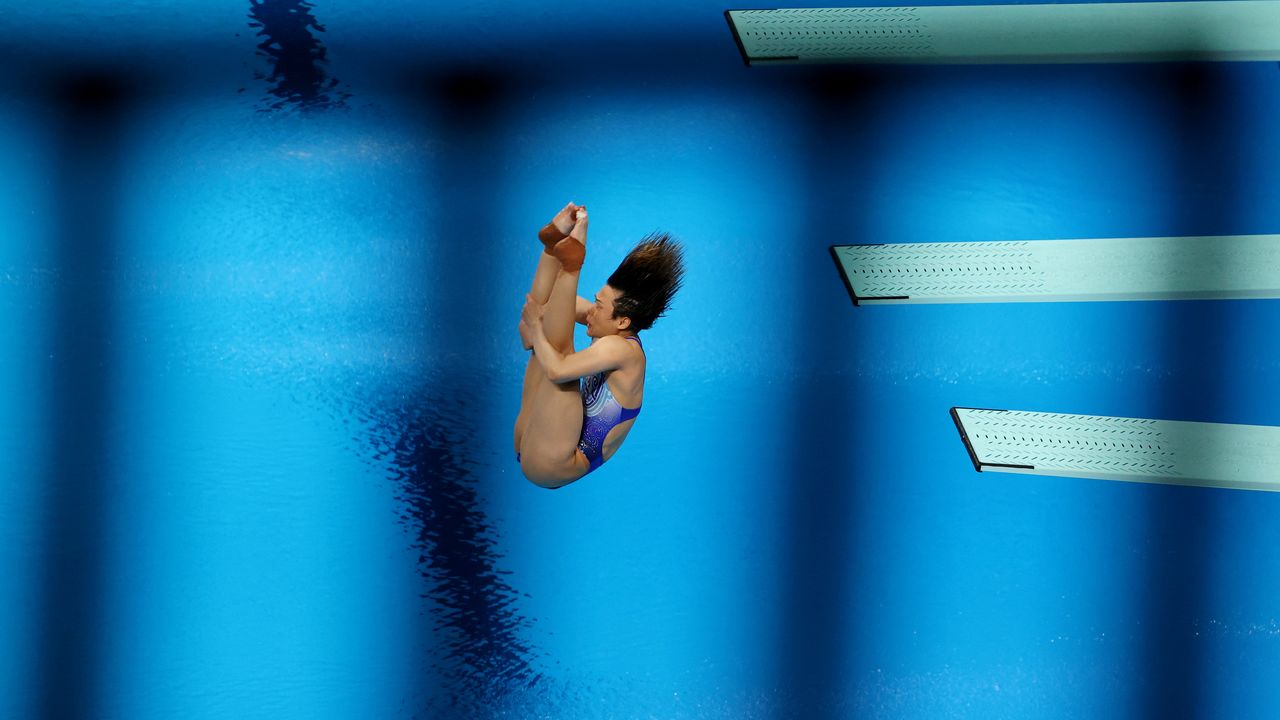 TOKYO (Reuters) - Defending champion Shi Tingmao of China finished first in the preliminary for the women’s 3 metre springboard diving at the Tokyo Games on Friday, while four-time Olympian Jennifer Abel of Canada produced a strong performance to come third.

Shi, who claimed the synchronised 3 metre springboard title on Sunday, held first place from the start, and finished with 350.45 points, just over three points ahead of her synchronised diving partner, Wang Han in second at the spectator-free Tokyo Aquatics Centre.

The 29-year-old Shi is looking to repeat her success from the Rio Olympics in 2016 when she won the individual and synchronised 3 metre springboard golds.

Abel, a two-time Olympic medallist, said her dives were consistent throughout the preliminary.

“Tomorrow I will aim to do the same - try to be consistent and composed, to make the top 12 to be in the finals. But I will increase (the difficulty) with a different dive on my last dive.”

Sayaka Mikami and Haruka Enomoto became the first Japanese women to advance to the semi-finals in the event since the Atlanta Olympics in 1996, after they finished fifth and 17th respectively.

“I think I’m in a pretty good position in the ranking, but my score has a lot of room to improve,” said Mikami, who finished with 317.10. “So I want to make adjustments to get a higher score in the semi-finals and finals.”

Twenty-seven divers from 17 countries including the Russian Olympic Committee (ROC) participated in the preliminary.

The event resumes on Saturday with the women’s 3 metre springboard semi-finals where top 12 divers will advance to the final.