Olympics-Soccer-U.S. women advance to semis with shootout win over Netherlands

TOKYO (Reuters) -The United States and Canada set up a mouth-watering semi-final in the women’s Olympic soccer tournament with both teams having prevailed in penalty shootouts on Friday.

After the U.S. and the Netherlands were locked at 2-2 following 90 minutes and extra time, Dutch striker Vivianne Miedema and defender Aniek Nouwen had their spot kicks saved by goalkeeper Alyssa Naeher as the Americans won 4-2.

Australia beat Britain 4-3 after extra time in their quarter-final and next face Sweden, who maintained their perfect record in the tournament with a 3-1 win over hosts Japan.

Megan Rapinoe made it four out of four from the spot for the U.S. as the four-time gold medallists set up a clash with their North American neighbours Canada in Monday’s first semi-final.

The result brings a sense of relief for the U.S. who saw their Rio 2016 campaign cut short in a shootout by Sweden at the same stage, leaving them without a medal at a major tournament for the first time.

They bounced back with a fourth World Cup triumph in 2019 and are now firm favourites for the Olympic gold in Tokyo, having knocked out the free-scoring Dutch.

Netherlands’ Arsenal forward Miedema has been the player of the tournament so far and netted twice to become the first female player to score 10 goals at a single Olympic Games.

The Netherlands had the perfect opportunity to seal victory in the 81st minute when Kelley O’Hara gave away a penalty but Lieke Martens’ shot was saved by Naeher.

“That was a true team effort and team win.”

Canada needed goalkeeping heroics of their own to reach the semi-finals for the third consecutive Games as Stephanie Labbe stopped two Brazilian spot kicks en route to a 4-3 shootout win.

After Canada captain Christine Sinclair’s penalty was saved by Barbara, Labbe rescued her side with two spectacular stops to keep out Brazil’s final two spot kicks from Andressa and Rafaelle.

Labbe, who made four crucial saves in a goalless 120 minutes at Miyagi Stadium, did well to stay on the field after falling hard at the end of the second half of extra time.

The Rosengard goalkeeper’s impressive display ensured Brazil were denied another crack at the gold medal, having claimed silver in 2004 and 2008.

Britain suffered heartbreak in extra time as a Sam Kerr double guided Australia to victory at the Ibaraki Kashima Stadium after her first goal in the 89th minute had brought the scores level at 2-2 to force the extra period.

Ellen White netted a hat-trick for Britain to take her goalscoring tally to six for the tournament but team mate Caroline Weir had her penalty saved by Teagan Micah in extra time, leaving the door open for a late surge by the Matildas.

Mary Fowler’s heavily deflected strike found the net in the 103rd minute to halt Britain’s momentum before Kerr headed in her second goal of the evening to seal victory.

“I’m devastated, I really thought that we could win the game,” White said. “I’m really proud to have contributed goals, to score for the team, to be part of this team, but I would have given it all up for a gold.”

(Reporting by Hardik Vyas in Bengaluru; Editing by Toby Davis and Ken Ferris) 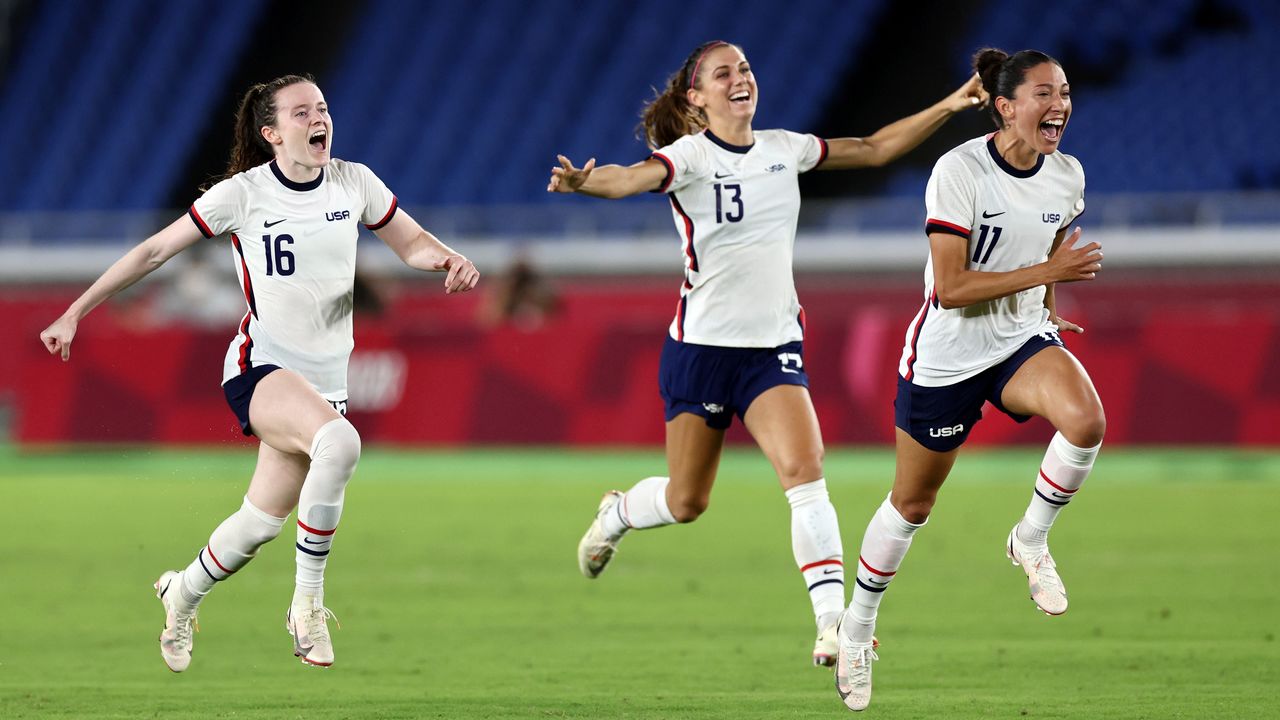 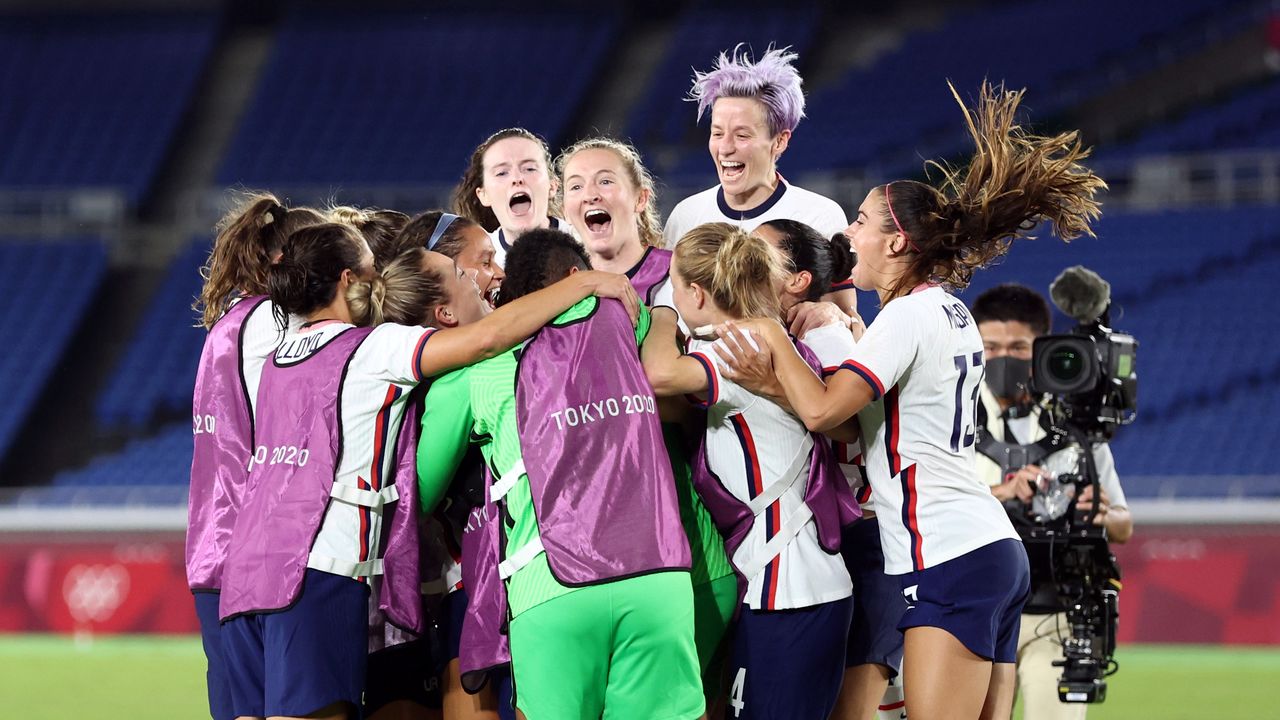 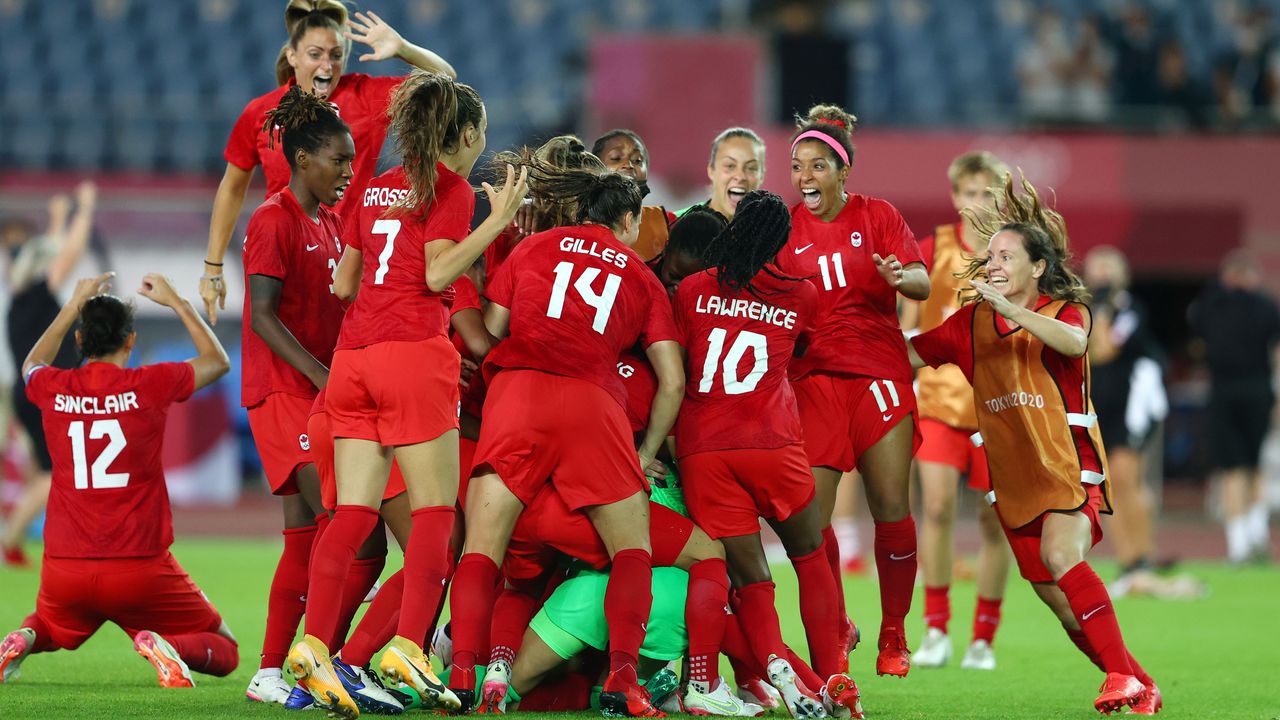 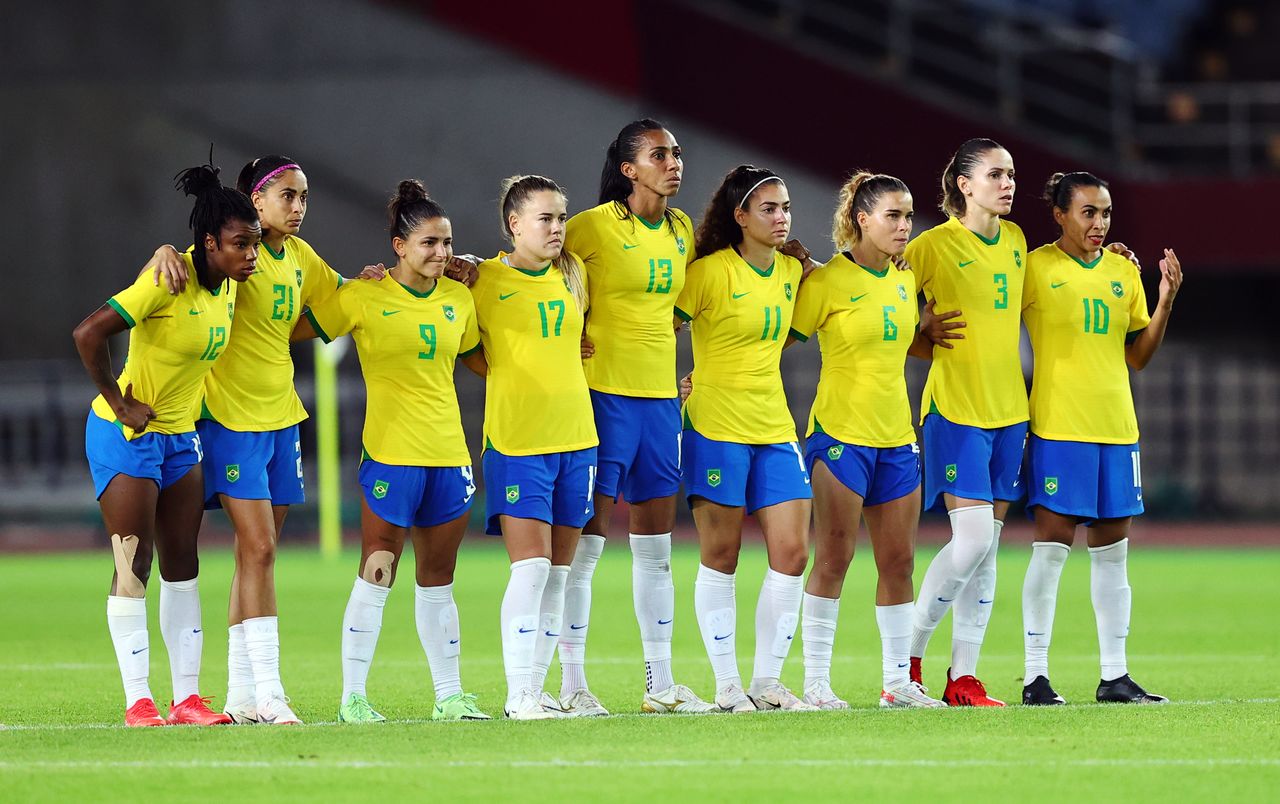 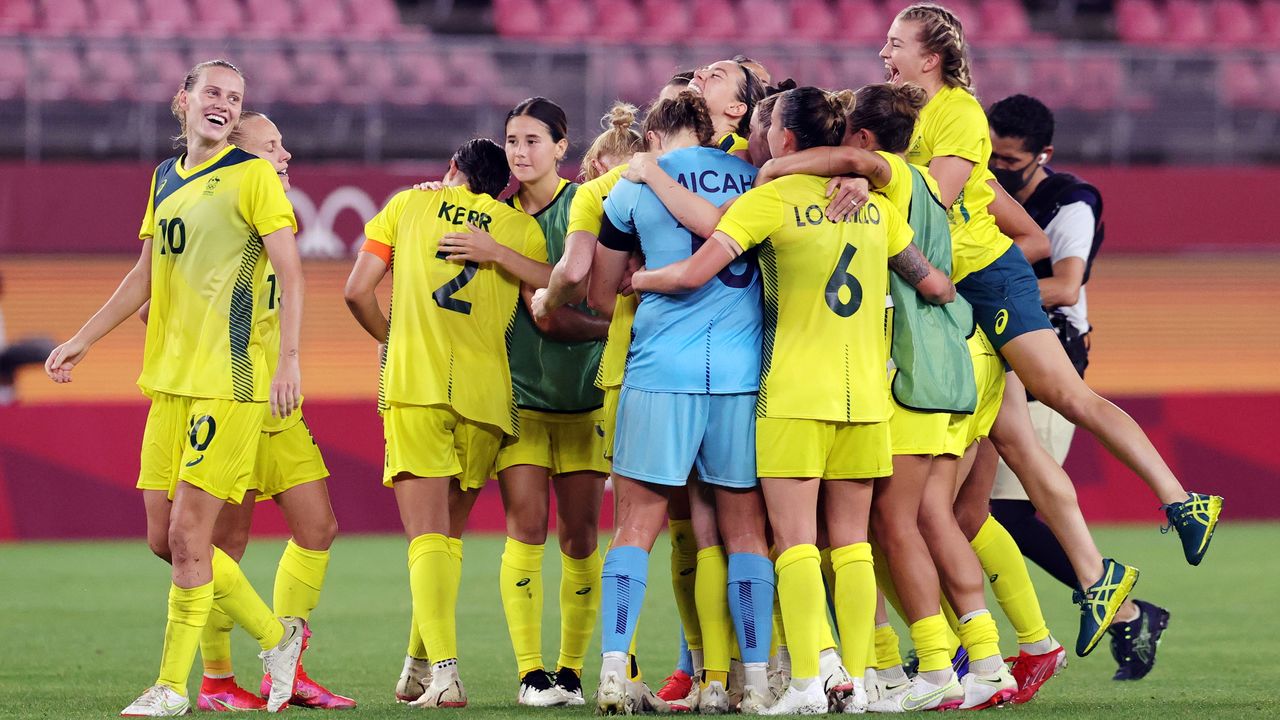 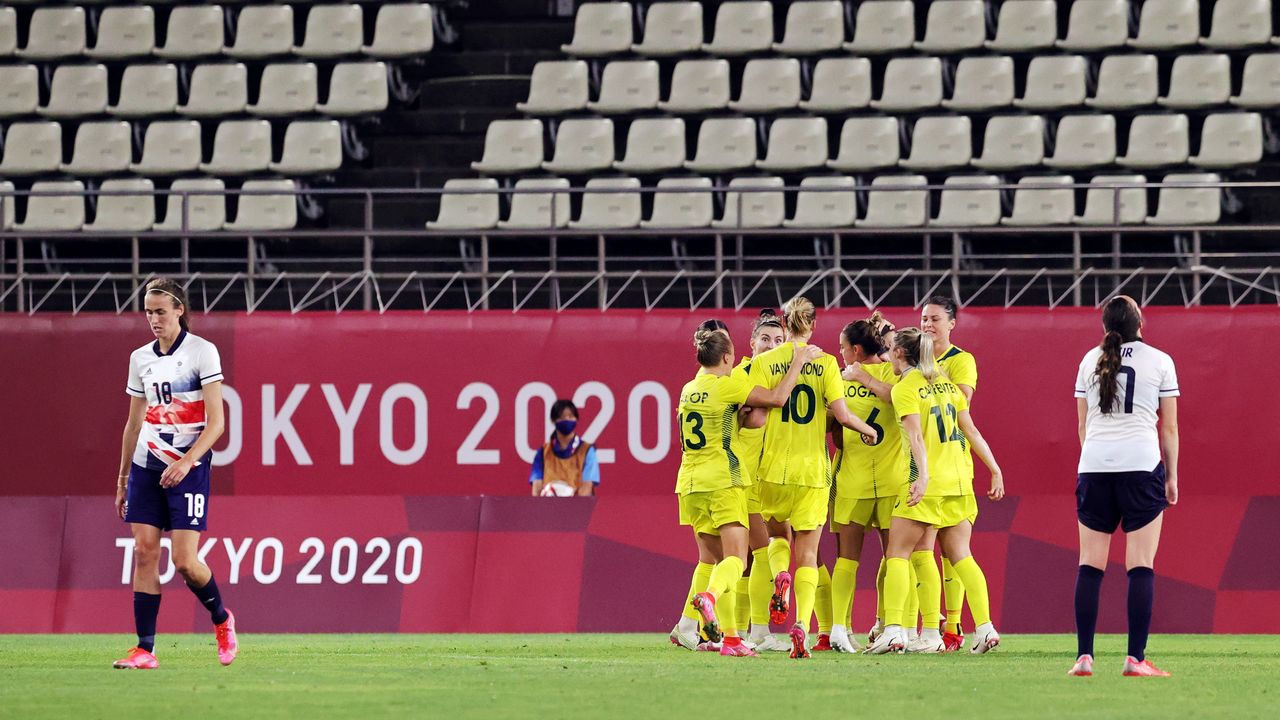