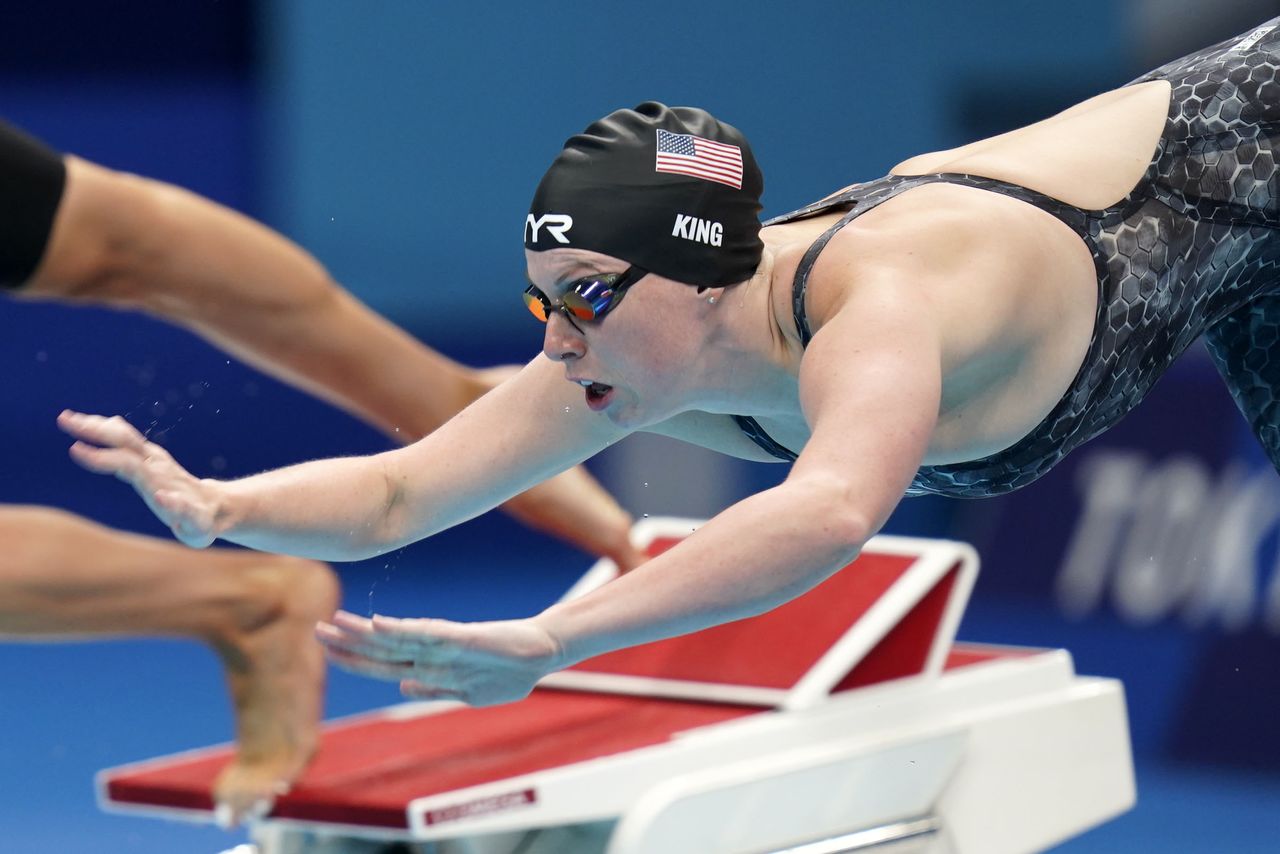 TOKYO (Reuters) - Former Olympic champion Lilly King had a few choice words on Friday for critics of the U.S. swimming team’s silver and bronze medal glut in Tokyo, calling it inexcusable that second and third places could be considered failures.

King, who bagged two gold medals at the Rio Games and has so far won silver and bronze in Tokyo, said U.S. sport’s winning mentality didn’t mean that only gold medals should be celebrated.

“Excuse my French but the fact that we’re not celebrating silver and bronze is bullshit,” she said in response to critics of the U.S. team’s performance after finishing second in the women’s 200m breaststroke to South African Tatjana Schoenmaker, who broke the world record.

“What is that about? You get to bring a medal home for your country and just because we compete for the United States and maybe we have extremely high standards for this sort of thing that doesn’t excuse the fact that we haven’t been celebrating silver and bronze as much as gold.”

King said she was anything but disappointed with her silver in Tokyo.

“I might be more happy with this medal than I’ve been with any of my previous medals including my two golds in Rio. That’s simply just for the way that I’ve handled myself,” King said.

“We really should be celebrating those silver and bronzes.

“Those are some of the greatest moments of an athlete’s career so why would we not be celebrating that?”