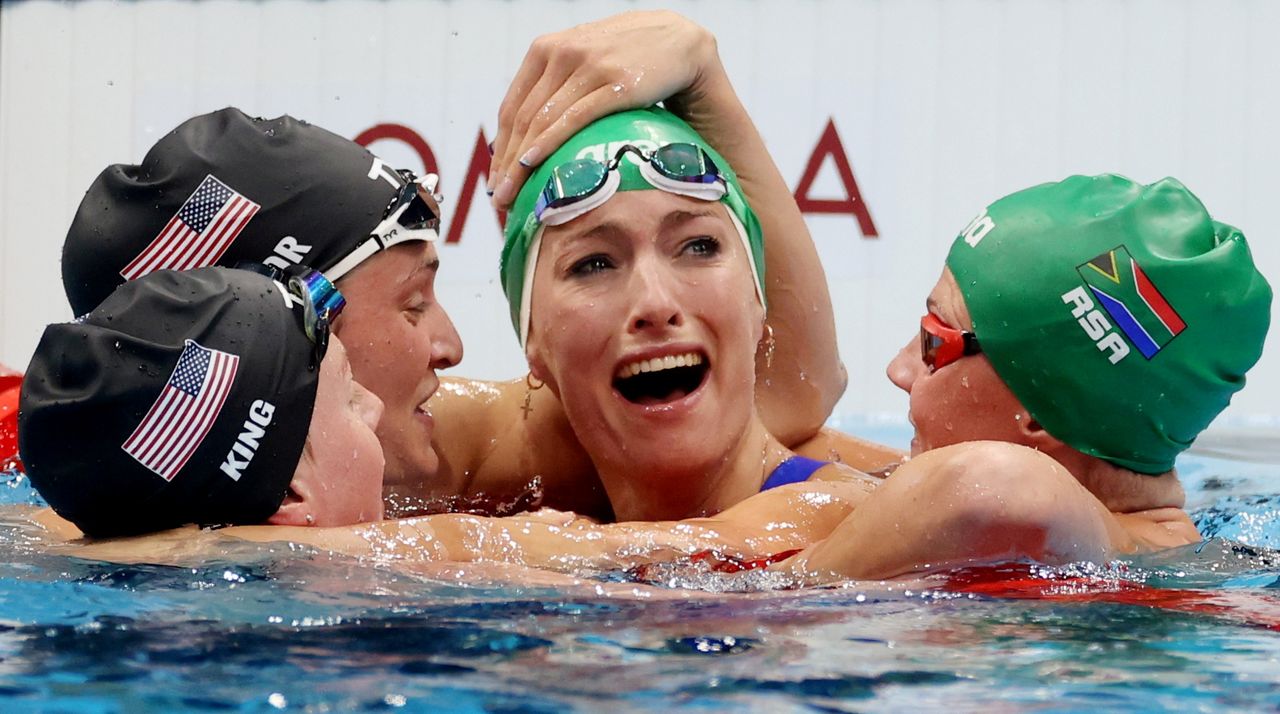 PRETORIA (Reuters) - South African Tatjana Schoenmaker’s record-breaking gold medal in the 200m breaststroke at the Tokyo Olympics could motivate more young female swimmers in the country not to give up on their career, a coach at Schoenmaker’s university said.

Schoenmaker came out top in a duel with American Lilly King on Friday, clocking 2:18.95 to smash a world record that had lasted eight years and deliver the first gold medal for South African women in the pool in a quarter of a century..

At the University of Pretoria where Schoenmaker is studying, junior swimming coach Linda de Jager said most girls in South Africa tend to cut short their swimming career soon after high school.

“I think especially for the girls, they are now more motivated because you know girls stop soon, most of them stop when they’re done with matric (high school),” de Jager told Reuters.

“Here it’s Tatjana’s first Olympics at the age of 24 and she won a gold medal, and she broke the record, so it can be done.”

Ruan Ras, Schoenmaker’s boyfriend and also a swimmer, said he was excited watching the race.

“I think it was surreal, just watching that race and watching her touch and actually seeing that world record pop up on the TV, that was amazing, that was such an amazing feeling,” he said after a few laps in the pool.