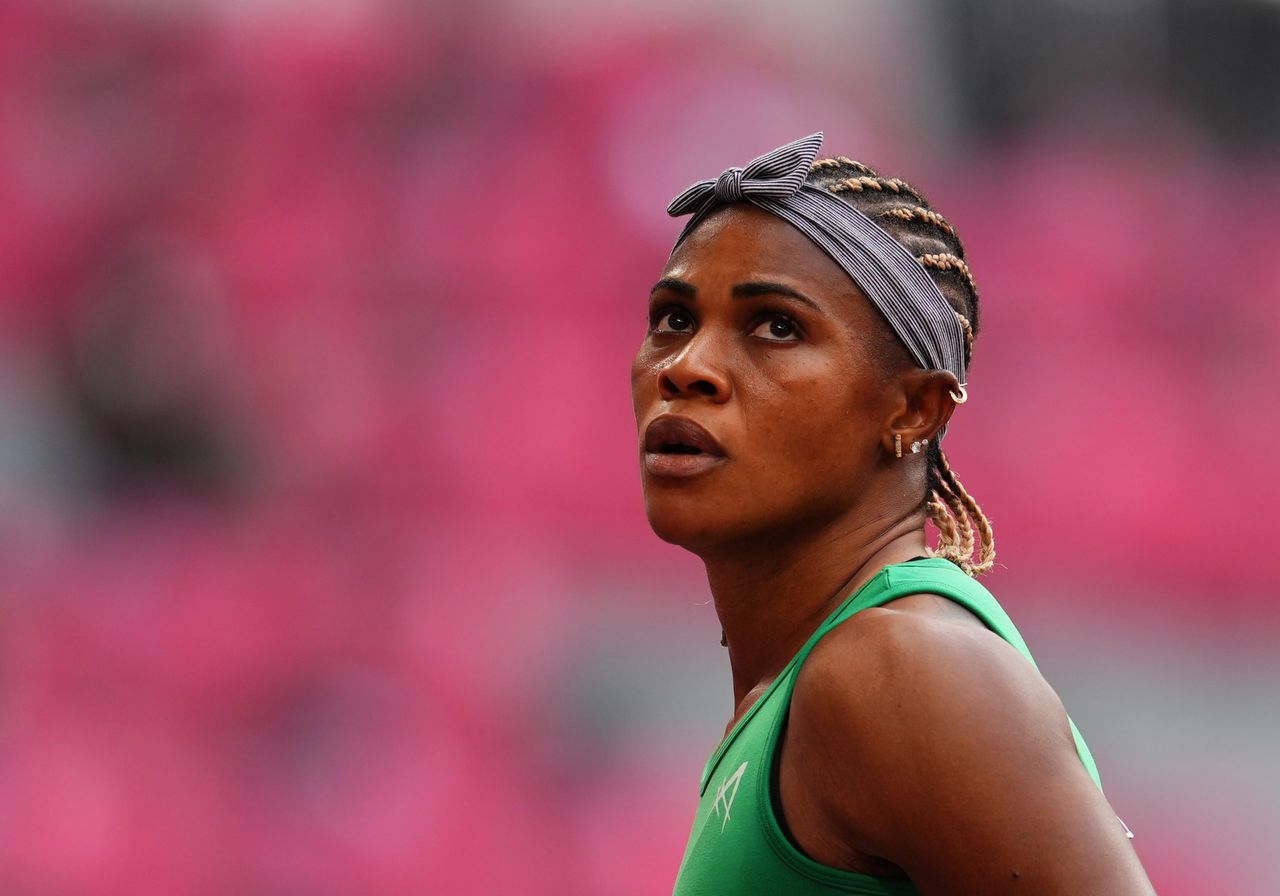 The 32-year-old, who has also won world championship medals in the 200m and long jump and is competing in her fourth Olympics, had comfortably won her 100m heat in Tokyo with a time of 11.05 seconds, qualifying for Saturday's semi-finals.

"The athlete was notified of the adverse analytical finding and of her provisional suspension this morning in Tokyo," the AIU said.

The unit said she tested positive in an out-of-competition test on July 19 and was informed of her suspension on Saturday.

This is the latest blow for Nigeria's athletics team after 10 track and field athletes were ruled as ineligible for the Tokyo Games three days ago for failing to meet minimum testing requirements.

On the list of banned substances, human growth hormone reduces body fat, increases muscle mass and strength and helps in recovery, according to the World Anti-Doping Agency.

Athletics Federation of Nigeria President Tony Okowa said they had received the news with "great shock".

"The Federation is in the process of obtaining the relevant details of the announcement after which a full (reaction) will be issued," he said in a statement.

Okagbare's silver medal from the Beijing Games was a result of her being upgraded in 2017 after the International Olympic Committee disqualified Russian athlete Tatyana Lebedeva due to a doping offence. She had originally finished third in that long jump competition.