Olympics-Rugby-France and New Zealand through to gold medal match

TOKYO (Reuters) -France will take on New Zealand for the women's Olympic rugby sevens gold medal after both countries edged through thrilling semi-finals at the Tokyo Stadium on Saturday.

New Zealand needed extra time to squeeze past Fiji 22-17 while France outscored Britain four tries to three in a 26-19 win. The two winners meet later on Saturday with Britain and Fiji to tussle for bronze.

New Zealand, who had not conceded a point in their last two matches, opened the scoring after five minutes when Gayle Broughton took advantage of an errant pass to dot down but the Fijian response was immediate with Vasiti Solikoviti scoring to see the islanders move 7-5 ahead.

New Zealand should have regained the lead before halftime when Ruby Tui broke through middle but she was chased down by Alowesi Nakoci, who knocked the ball out of her hands as Tui was looking to dive over for the try.

Fiji's tackling set up their second try after the restart as Tui lost possession in a crunching hit to allow Fiji to put Solikoviti over for her second try.

New Zealand regained the advantage with two tries that looked to wrap up the result. Portia Woodman extended her Olympic try tally to 15 with a break down the right wing and Stacey Fluhler put New Zealand ahead just before the final whistle.

Fiji, who edged Rio gold medallists Australia in a dramatic quarter-final, refused to concede and took the contest into extra time with a dramatic break and sprint to the corner from Reapi Ulunisau.

New Zealand gathered possession from the kick-off in sudden-death extra time and took their time before Broughton powered over for a place in the finals.

"We were calm, we were collected and we knew time on the clock meant opportunity for us to score, so it was a good ending," Broughton said after.

France stormed into a 21-12 halftime lead over Britain as they scored three converted tries through Anne-Cecile Ciofani, whose parents were both Olympians, Seraphine Okemba and Coralie Bertrand, who scored from a clever kick from Jade Ulutule.

Ciofani got a quick score after the break to extend the French lead but Hannah Smith brought Britain back to within seven points with two minutes left, only for the British to squander a late chance as they gave away a penalty in attacking for the equaliser.

"We made it to the final, but the journey is not over yet," said Okemba.

"If we play with our way of speed and rigidity, we will have a chance to win this game," she said of Saturday's later decider. "We didn't play against New Zealand this year, so we don't really know what to expect." 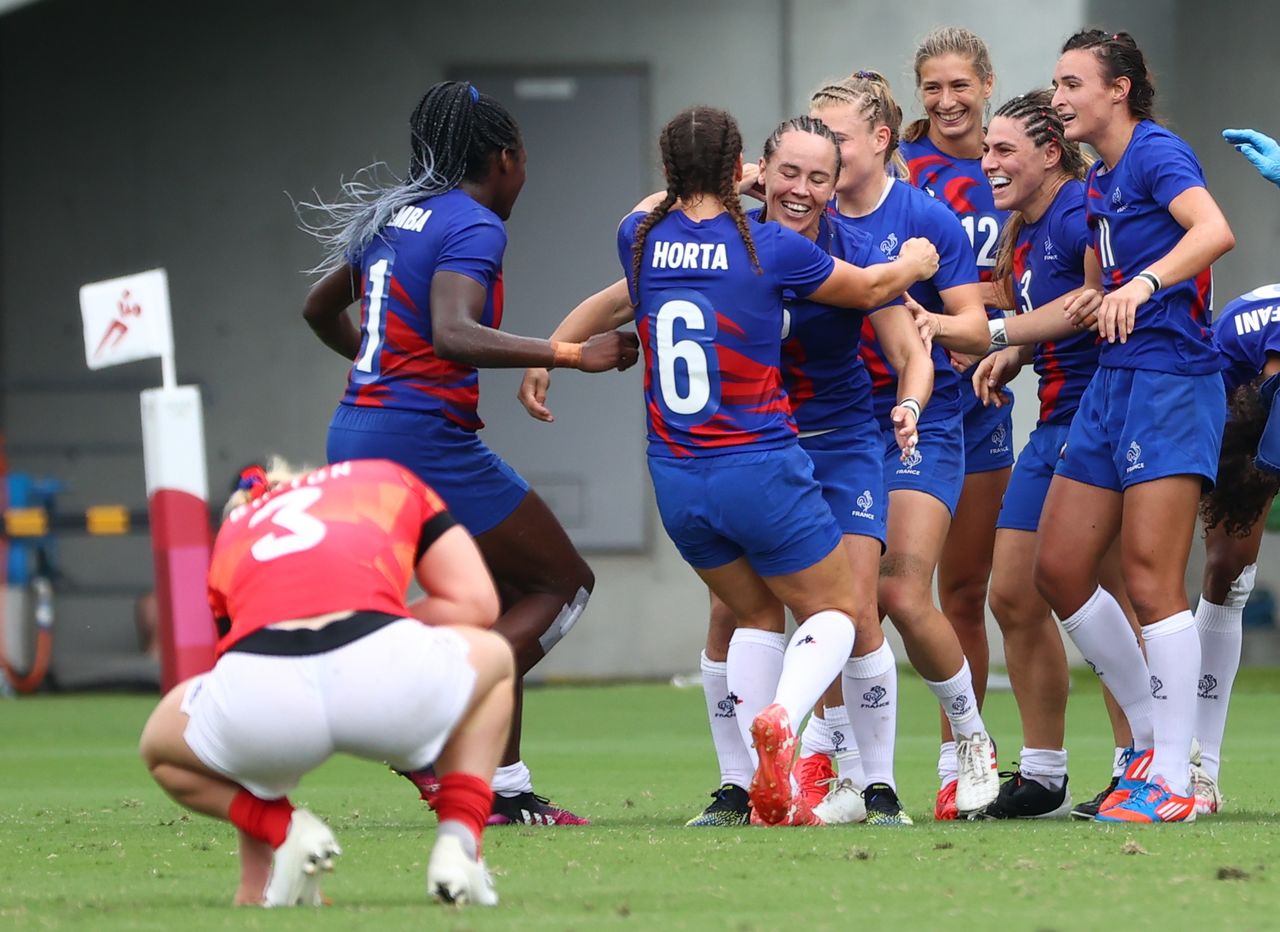 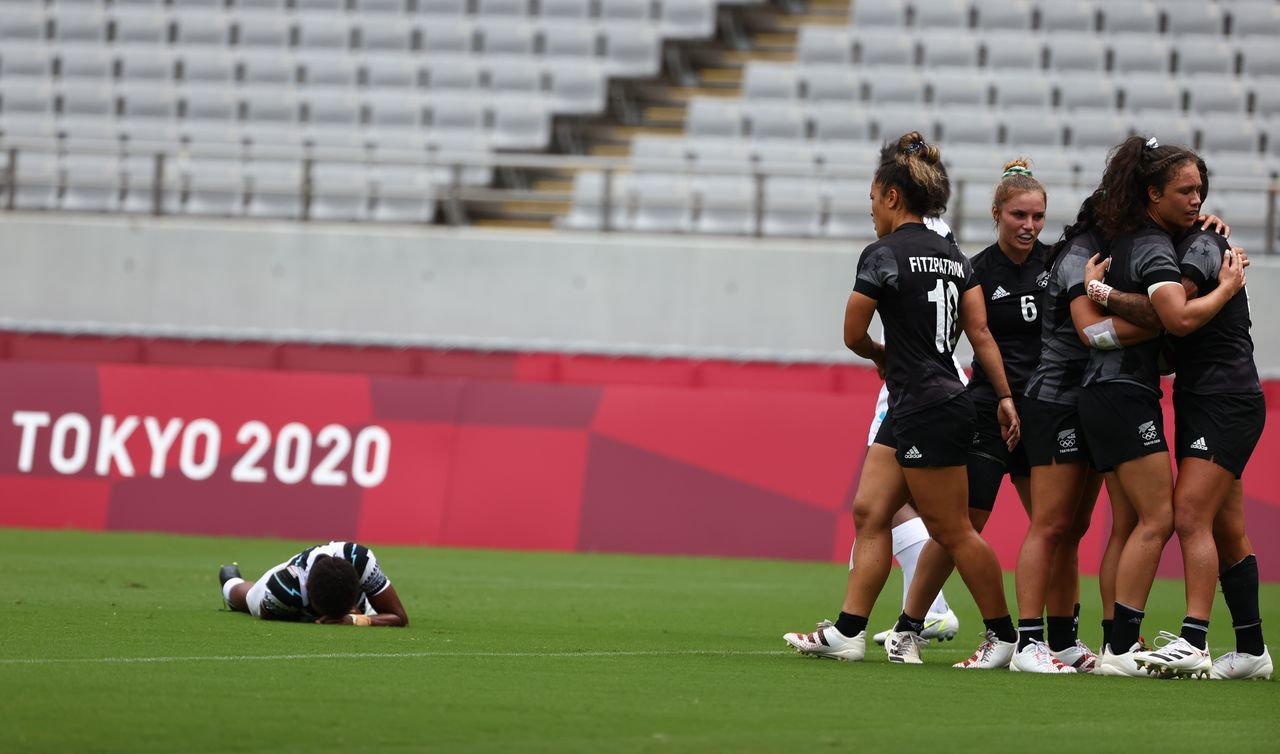