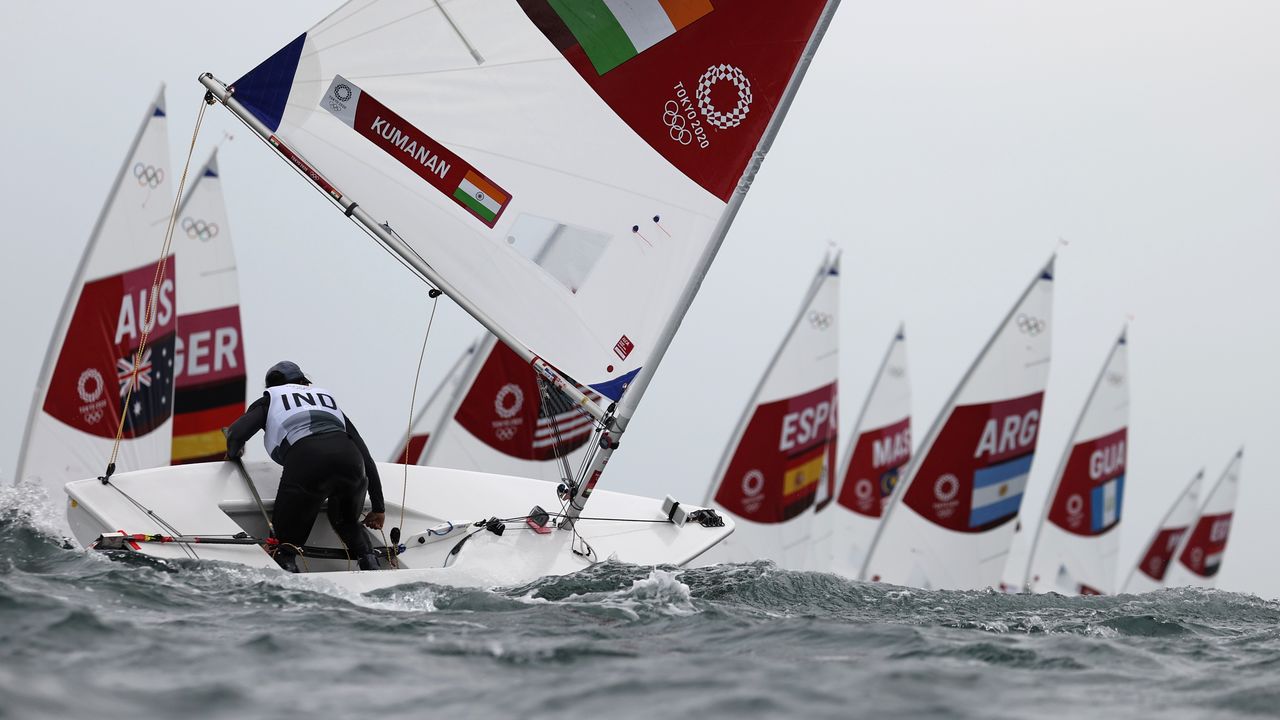 ENOSHIMA, Japan (Reuters) - Nethra Kumanan is hoping her performance as the first woman to represent India in sailing at the Olympics will inspire others to follow in her wake, despite a tough debut at the Tokyo Games.

The 23-year-old finished 35th of the 44 competitors in the Laser Radial class, well outside the top 10 finish required to take part in Sunday's medal race, but she told Reuters that she was pleased with her overall performance, despite some nerves.

"It's been a tough event, but I'm happy to be here, I'm happy to have brought some attention to the sport in the country. I take from it what I can and try to come back better," she said.

"I struggled a lot, but it's OK. I need to learn to manage my expectations and I should be OK next time."

Kumanan was bitten by the sailing bug at a camp in Tamil Nadu in 2011, learning the basics before deciding to commit to the sport two years later.

She took a brief hiatus form the sport after missing out on qualification for the Rio Games, but returned with Tokyo in her sights.

The delay of the games due to the COVID-19 pandemic proved positive for Kumanan and she nailed down her place with a win in an Olympic qualifying event in April of 2021.

Though she trains in Europe with some of the top competitors, Kumanan said she found that Olympic competition was a big step-up from the regular regattas they compete in during a normal season.

The feedback from family and from Indian sports fans has been positive, she said.

"They are proud of me for coming this far, only good things. It's good, there's four of us who came and it's brought a lot of attention from India to sailing, which is very cool to see, so I'm happy with that," she said, adding that she hopes to be joined by more Indian women for the Paris Games in 2024.

"We go back to training next month and we've got the Asian Games next year, which is a big thing for my country, and we go from there," she said.