Kevin Durant led Team USA to a commanding 119-84 victory against the Czech Republic in the final group game at the Saitama Super Arena, north of Tokyo.

The U.S. ended the preliminaries 2-1 after dropping their first match to France, the first Olympic loss for the Americans since 2004.

"We're all just trying to figure each other out. This is literally our third game with all of us together," said Jrue Holiday, who plays for the NBA's Milwaukee Bucks. "But we knew KD would come in and do what he always does."

Team USA started slowly against the Czech team and were trailing at the end of the first quarter. But the Americans pulled away in the second half on a barrage of three-pointers from Durant and Jayson Tatum.

In earlier matches, France and Australia completed sweeps of their preliminary groups.

Real Madrid's Thomas Heurtel led with 16 points in France's 79-62 victory over Iran. They went 3-0 in Group A, including their shock defeat of Team USA on Sunday.

Despite his team's dominant showing so far, Evan Fournier would not speculate on France's chances of a medal.

"Quarter-final first. Focus on that," said Fournier, who plays for the NBA's Boston Celtics. "Too many times we've beaten very, very good teams and we lost in the semi-final, so no more of that."

Australia's Patty Mills was scintillating behind the 3-point line, powering his team to an 89-76 victory over Germany in Group B.

Australia will go into the quarter-finals without forward Aron Baynes https://www.reuters.com/lifestyle/sports/bkb-bathroom-slip-rules-australias-baynes-out-tokyo-games-2021-07-30 who aggravated a neck injury after a bathroom slip and is out of the Games.

Germany and the Czech Republic finished 1-2, but the Germans advance to the quarter-finals on Tuesday based on the relative scoring records. One final last-eight slot remains and will go to winner of Argentina against Japan in Group C on Sunday.

Italy finished 2-1 in the preliminaries and will advance. Nico Mannion drained a three-pointer in the last 30 seconds to fend off a comeback from Nigeria, with his team holding on to win 80-71.

"Honestly, it felt good just to see one go in. I shot it terrible the whole night," said Mannion, who plays for the NBA's Golden State Warriors. "But you know, shooters keep shooting.

But as the sport has grown in popularity around the globe, many national teams can field players with NBA experience, and the U.S.'s talent advantage has shrunk.

Before losing to France at these Olympics, the U.S. dropped two straight exhibition games this month, including a defeat by world 22nd-ranked Nigeria.

"Our government and the Olympic committee of Nigeria, they make it extremely difficult for us to go out there and just focus on performing our sport," he said. 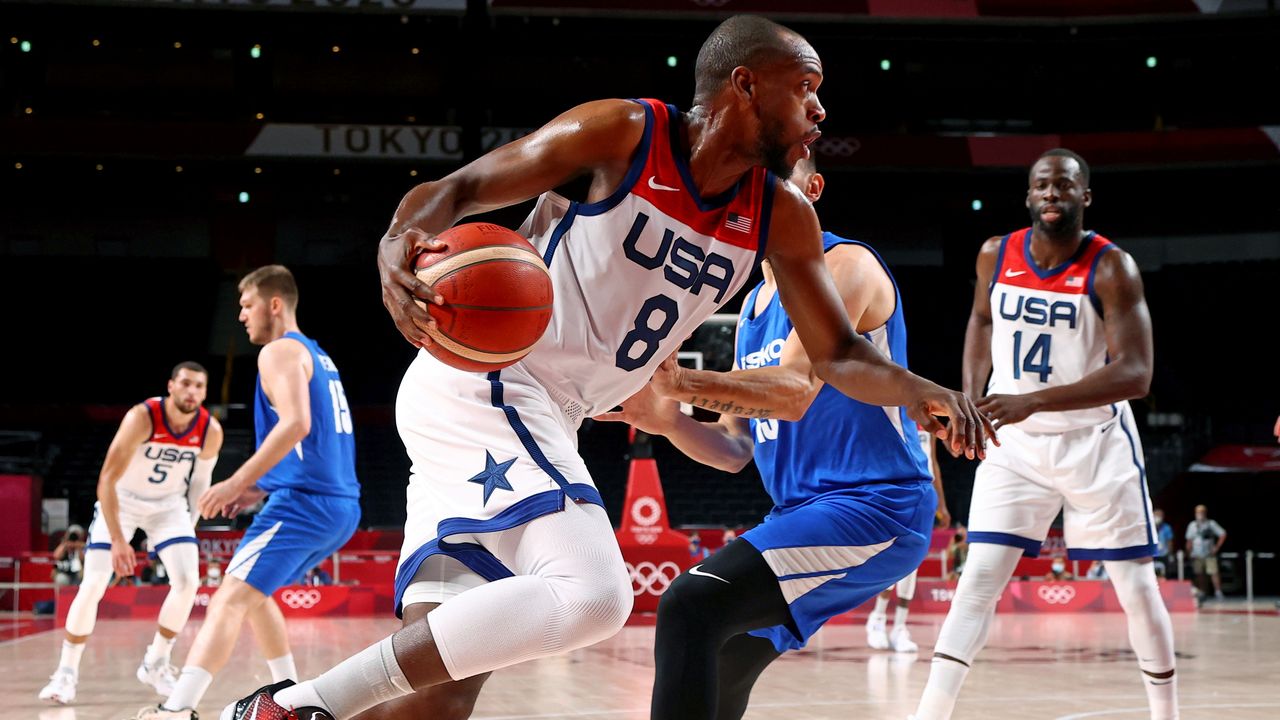 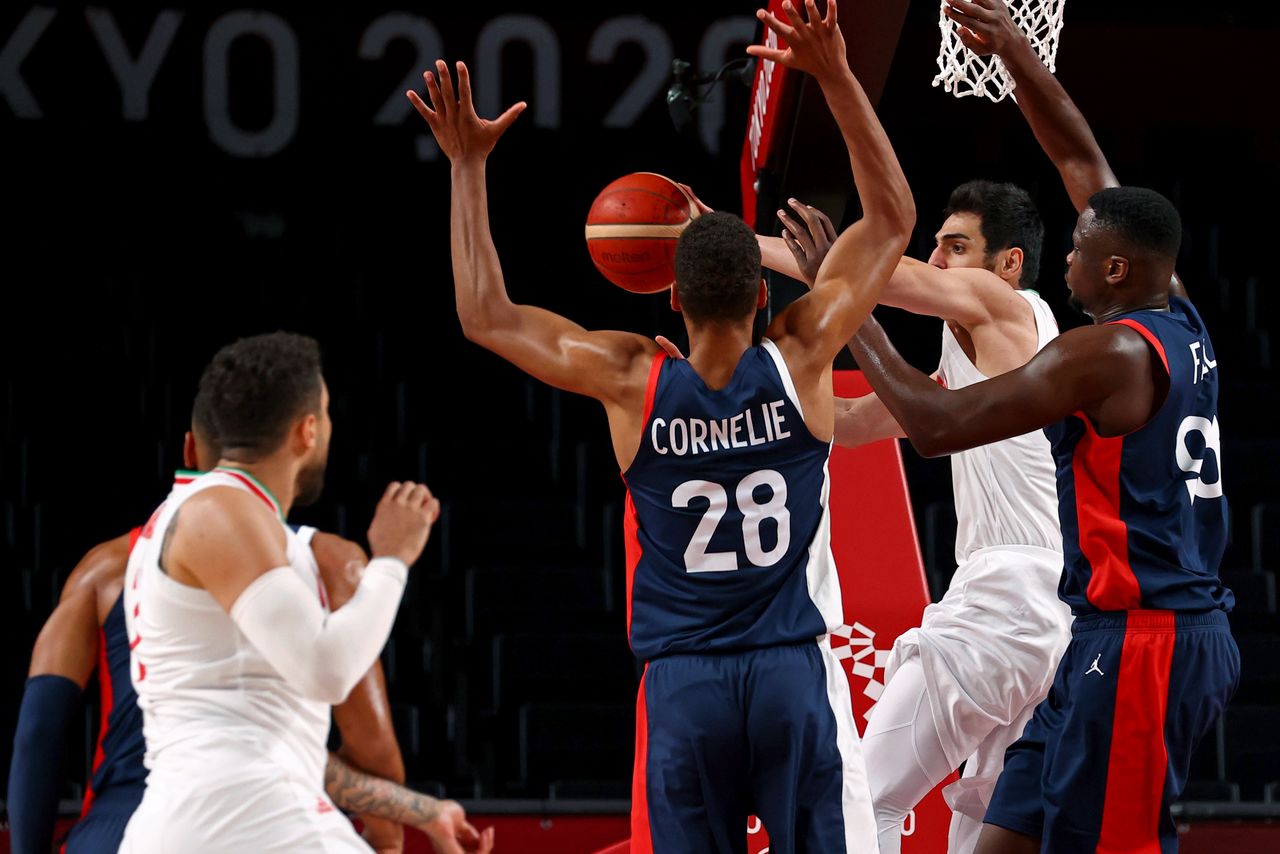 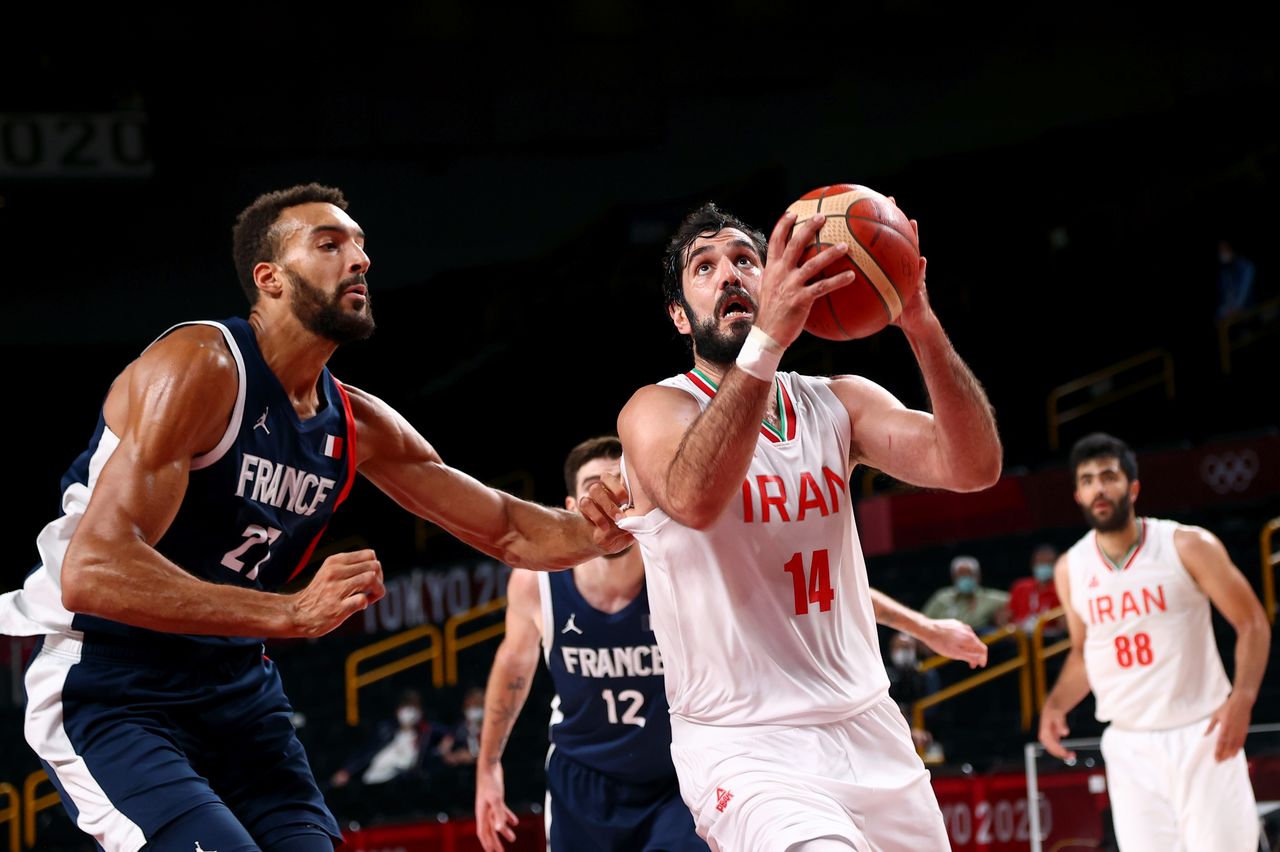