The quartet of Kathleen Dawson, Peaty, James Guy and Anna Hopkin smashed China's previous mark by 0.83 seconds as the event made its Olympic debut and the women joined the men on the podium.

Freya Anderson also collected a gold after swimming the freestyle leg in the heats.

Britain have now taken four golds from the Tokyo pool, and seven medals, matching their best haul at the 1908 London Games.

They can add to the tally in the final men's 4x100 medley on Sunday.

"One word has changed the whole team and it's 'belief'," declared Peaty, who swam the second breaststroke leg with an astonishing split of 56.78 and now has three career Olympic golds.

"I never thought I could be a three-time gold medal winner being a breaststroker. I just want to jump, I have so much energy."

Team mate Guy credited Peaty -- a not-so 'secret weapon' -- with providing much of that belief in the first place.

"He's changed British swimming massively," said the 25-year-old, who swam the butterfly leg in 50.00 -- his fastest ever split -- after pulling out of the individual butterfly to save his energies.

"And when we saw him win the 100 breast for the second time at an Olympic Games, that's when for us it really started."

Backstroker Dawson slipped on the wall at the start, with Ryan Murphy putting the United States into the lead at 50 metres, and handed over to Peaty with Britain in sixth place.

The breaststroke champion lifted the team to fourth, while Lydia Jacoby of the United States lost her goggles, and Guy romped into the lead to give Hopkin a big enough margin for victory.

In a novel twist, the mighty 100m freestyle champion Caeleb Dressel swam the final stretch against seven women but could not make up the ground, the United States ending up fifth.

China and Australia took silver and bronze, with Italy fourth.

"I beat Dressel," exclaimed Hopkin, who swum the 100m in 52.00 and joined Dawson and Anderson as Britain's first female gold medallists in swimming since Rebecca Adlington in 2008. "I tried not to look at where he was."

Dressel was generous in defeat: "That was an insane world record, they hit every split perfect. They had the pieces today so we got beat by the better team it seems," he said. 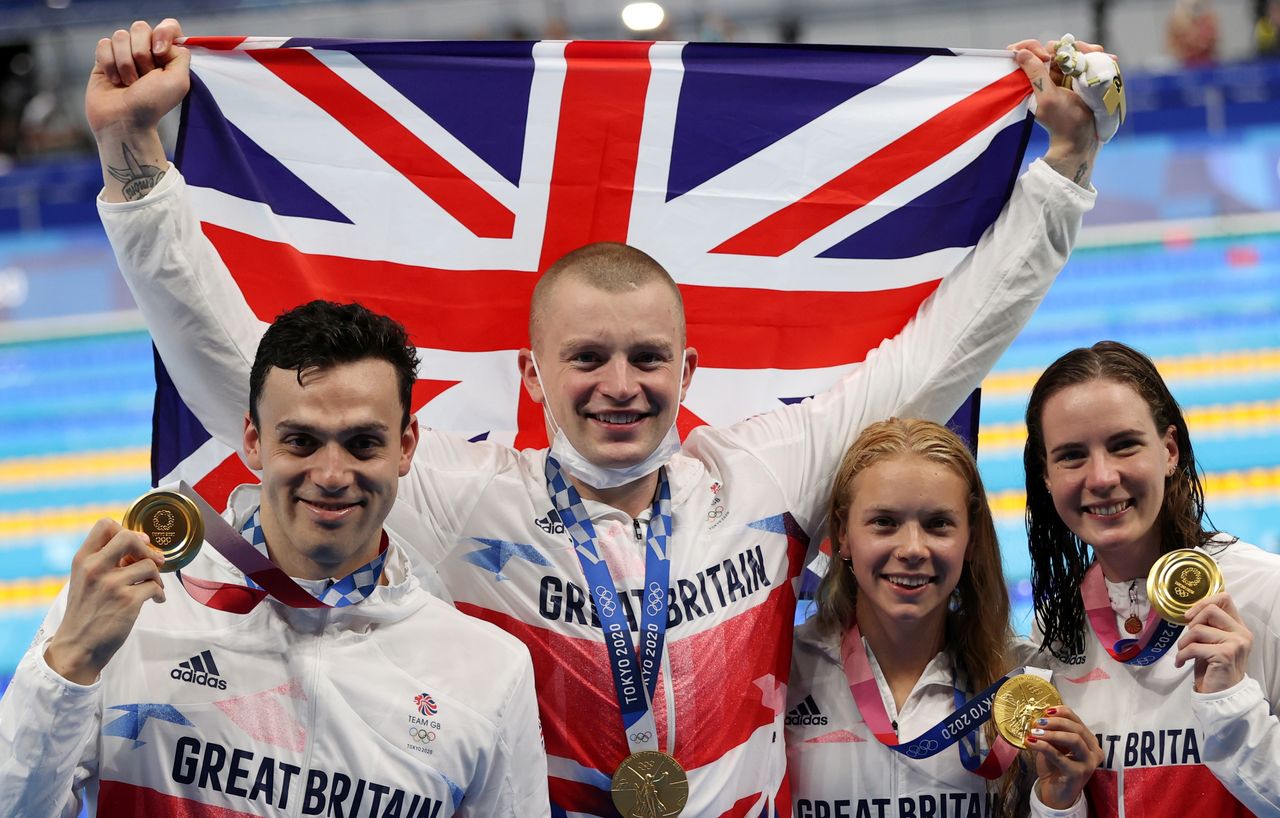 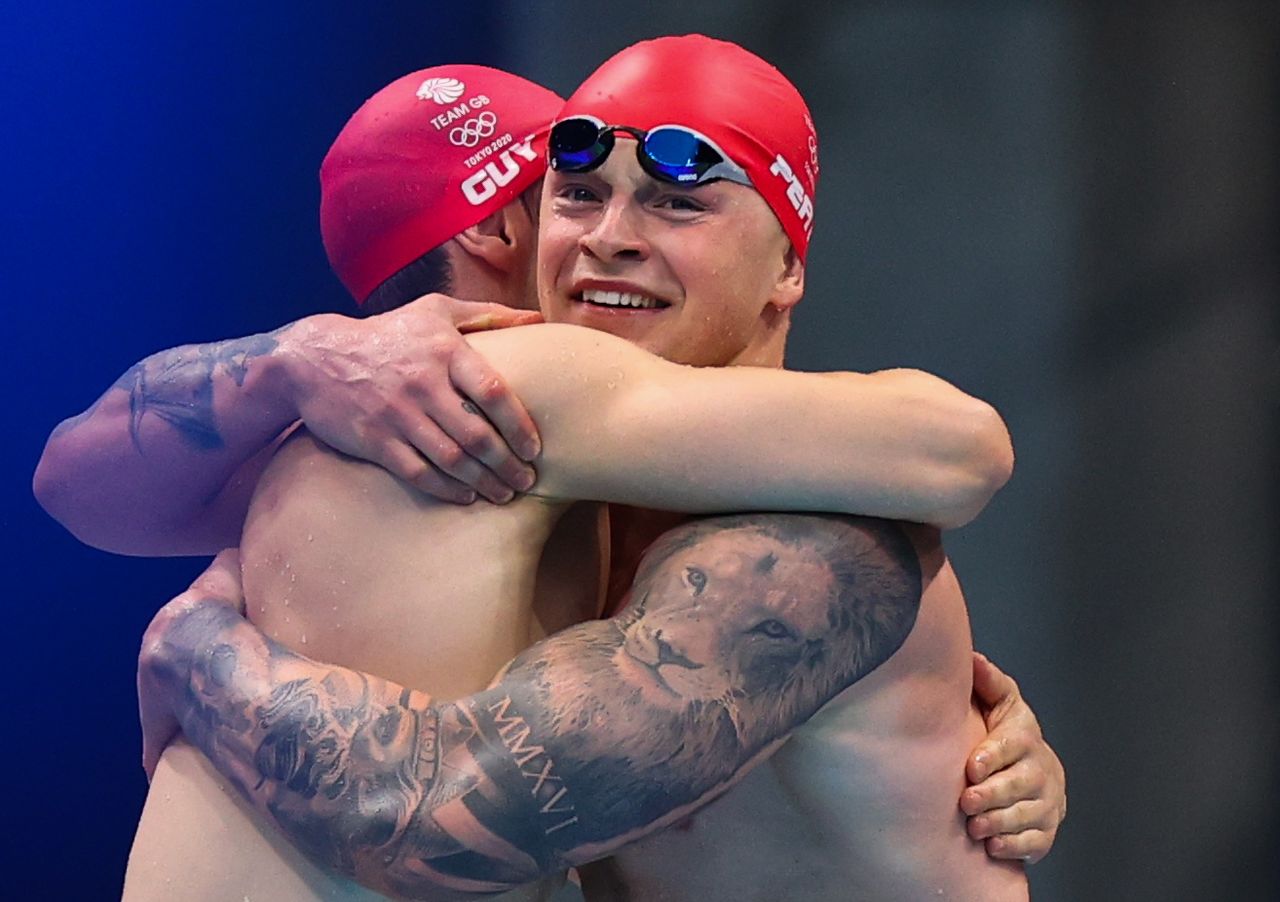