Olympics-Cycling-Venezuelan veteran Dhers is down with the young dudes 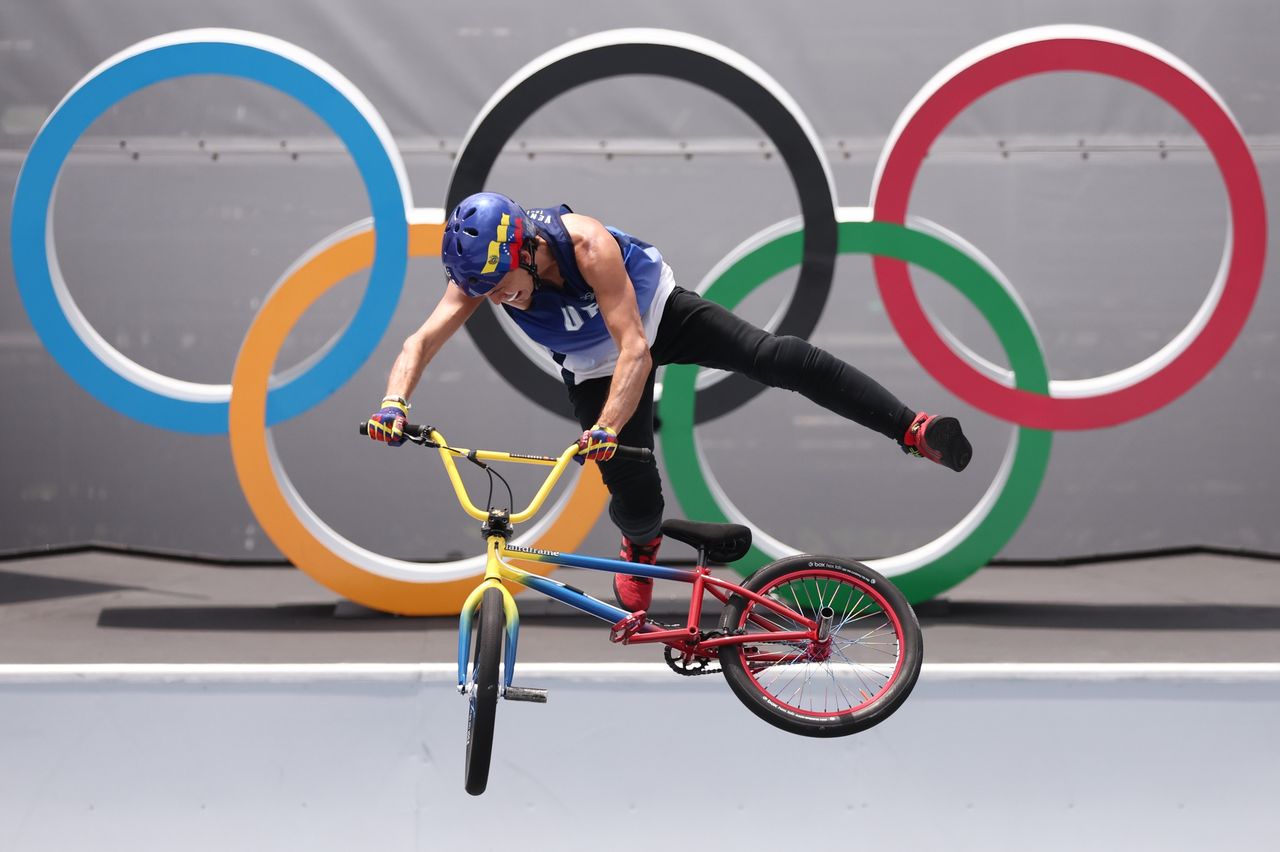 TOKYO (Reuters) - Flipping a somersault on a bike is supposed to be for 'young dudes' but 36-year-old Venezuelan Daniel Dhers showed he can hang with the best as BMX freestyle debuted at the Olympic on Saturday.

Most of the 18 riders assembled at the Ariake Urban Sports Park are in their early or mid-20s while Hannah Roberts, the American gold medal favourite, is 19.

Dhers has competed at the highest level for well over a decade but any thoughts of winding down were put to one side when, in 2017, BMX freestyle was added to the Olympic programme.

"It's a thing that I didn't believe I would get to see in my career," Dhers, who lives in North Carolina, told reporters after ranking third in Saturday's seedings run.

"When the word got out that we were going to be accepted into the Olympic Games in 2017 I thought, 'Oh, it's gonna be in 2024, that's a long shot' because it was seven years away.

Then when the Games was postponed last year because of the pandemic, he had to wait a little longer.

"I'm just super happy that I was able to make it through the qualifications, and just can't believe we are here. So I'm so, so psyched," Dhers, a four-time X Games champion, said.

"The extra year was mentally toxic for a lot of people, just because you were ready to do it at that point of time.

"But again I'm so happy that I am finally here to make it happen, to make history."

Despite being the only rider in the field to be born before 1990, Dhers says he does not feel like the daddy and is even targetting Paris 2024.

"My secret is to ride my bike every day. I learn it from my predecessors," he says.

"The guy with whom I train every day is 15 years younger."