Abiy took to Twitter to congratulate Barega, who became the first Ethiopian to win the event since Kenenisa Bekele won his second title in 2008 in Beijing.

"Congratulations to Ethiopia on winning the first gold medal in the 10,000m at the Tokyo Olympics by (Selemon) Barega. I wish good luck to the rest of our competitors. Ethiopia will continue to overcome challenges and win," he wrote https://twitter.com/AbiyAhmedAli/status/1421091415774408709?s=20, pinning the tweet to the top of his page.

Abiy wasn't the only Ethiopian politician who took to Twitter to celebrate the 20-year-old Olympic gold medallist.

Seleshi Bekele, the country's water, irrigation and energy minister, tweeted his congratulations with a photo of Barega draped in the country flag, while Ethiopia's ambassador to the United States Fitsum Arega hoped for more victories to come https://twitter.com/fitsumaregaa/status/1421097265473720325?s=20.

The race didn't have a defending champion this year as Britain's Mo Farah failed to qualify and wasn't in Tokyo to try to win the title for the third time in a row.

That opened up room for a new champion, an opportunity that Barega took with aplomb. He trailed for most of the race only to kick off in the last lap and sprint beyond Cheptegei and Kiplimo, stunning the favoured Ugandans left in his wake.

The small Ethiopian delegation in the stadium ululated Barega as he took his victory lap, smiling broadly, his country's flag on his shoulders. The sound reverberated around the spectatorless Olympic Stadium and into the warm Tokyo sky.

Barega said he was proud to join the list of Ethiopia's Olympic champion runners, which includes Haile Gebrselassie and Kenenisa Bekele.

"It's very well-known that we have been winners for the 10,000m competition," he said after the race.

"I feel really proud to be part of the Tokyo 2020 Olympics." 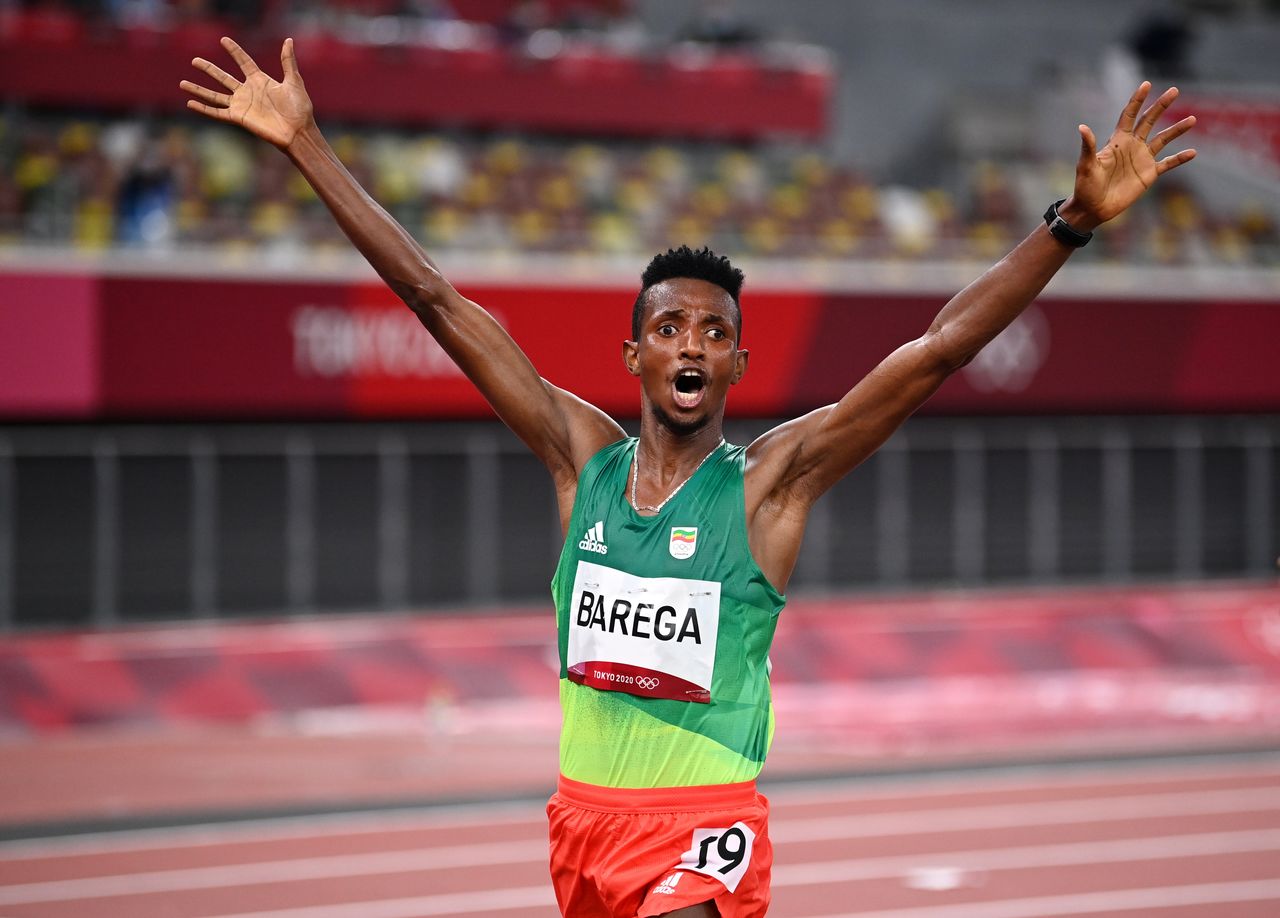 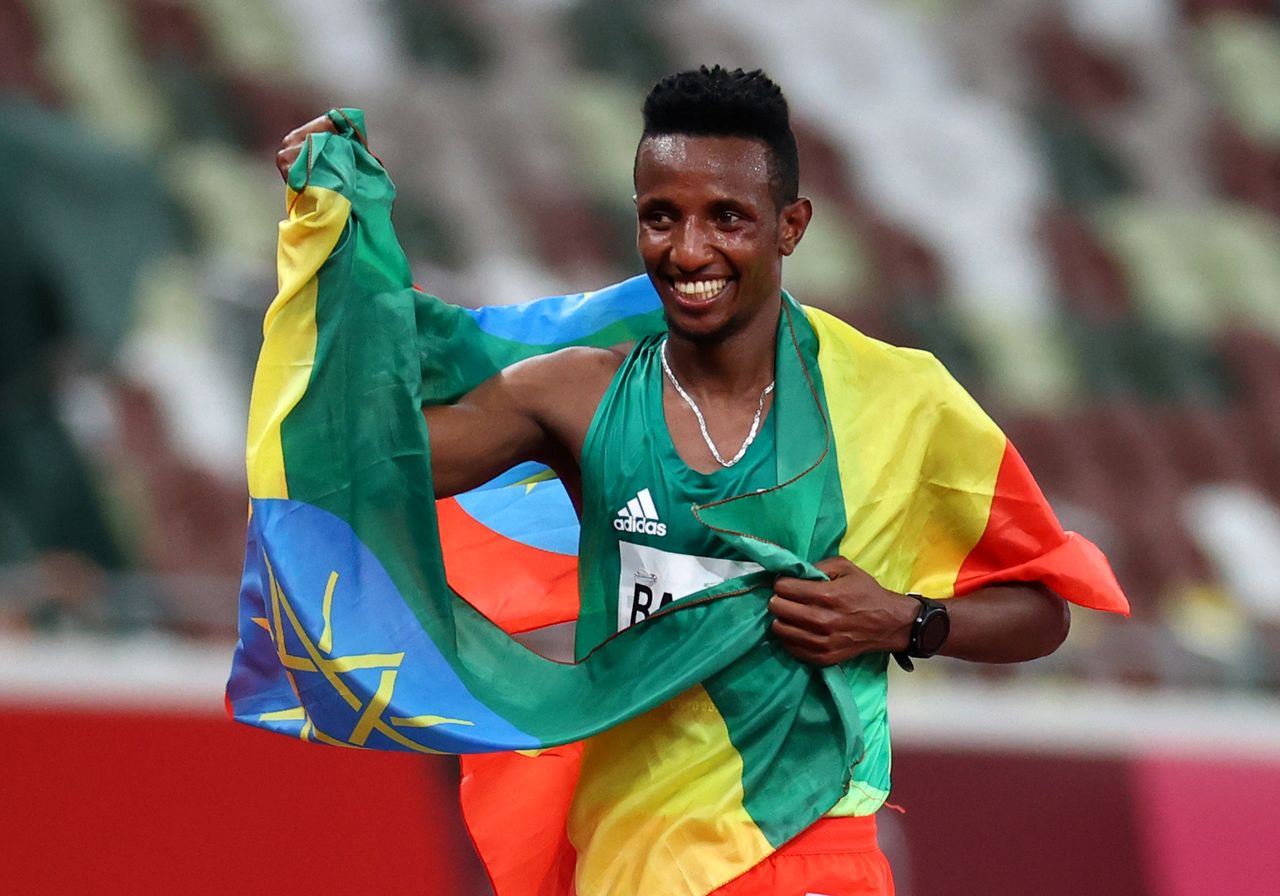