In retaining her title Thompson-Herah added a sparkling flourish to a day which had seen U.S. gymnast Simone Biles withdraw from two more finals https://www.reuters.com/lifestyle/sports/gymnastics-american-simone-biles-withdraws-event-finals-vault-uneven-bars-us-2021-07-31 in Tokyo, and a listless Novak Djokovic fail to take bronze in tennis after his dream of a "Golden Slam" was dashed.

Thompson-Herah led a Jamaican 100m podium sweep https://www.reuters.com/lifestyle/sports/athletics-thompson-herah-leads-jamaican-sweep-womens-100m-2021-07-31 with Shericka Jackson in third. The champion's blistering 10.61 seconds time has only ever been bettered by the late Florence Griffith-Joyner, who set a world record of 10.49 in 1988.

"I put everything in there I gave it 100 and I would say that I'm ready, super ready, but I had to just hold my composure to come out here take it runs by runs," she said.

"It shows tonight that Elaine is back. She wasn't gone anywhere."

The day had begun with local fans defying a ban on spectators to get a glimpse of the triathlon. Big crowds lined the streets at the Odaiba Marine Park on the Tokyo waterfront, defying Olympic staff who carried signs and bullhorns asking them not to gather along the roadside to watch the event.

The setbacks for stars such as Biles and Djokovic have been in a way fitting for the improbable Games, taking place without spectators amid a widening pandemic. Minutes after his singles defeat, Djokovic withdrew from the mixed doubles bronze match.

New COVID-19 infections hit 4,058 in Tokyo, a new record and the first time above 4,000. The government has extended a state of emergency https://www.reuters.com/business/healthcare-pharmaceuticals/japan-proposes-adding-four-regions-covid-19-emergency-minister-2021-07-29 in the capital and expanded it to neighbouring prefectures.

Swimmers Katie Ledecky and Caeleb Dressel recovered some lost lustre https://www.reuters.com/lifestyle/sports/swimming-more-gold-dressel-mckeown-does-backstroke-double-2021-07-31 for America, while Lyu Xiaojun took gold in men's weightlifting, bringing China's haul in the medal tally https://graphics.reuters.com/OLYMPICS-2020/MEDALTALLY/rlgpdynkjvo/media-embed.html to 21. Japan have 17 golds and the United States are at 16.

In the first instances of doping at the Games, two sprinters, Kenya's Mark Otieno and Nigeria's Blessing Okagbare, were provisionally suspended https://www.reuters.com/lifestyle/sports/athletics-nigerian-sprinter-okagbare-banned-after-failed-drugs-test-2021-07-31 after testing positive for banned substances.

American BMX racer Connor Fields was moved out of intensive care after suffering a brain bleed https://www.reuters.com/lifestyle/sports/cycling-fields-suffered-brain-bleed-crash-out-icu-says-mother-2021-07-31 during his horrific crash a day earlier. Originally one of the big favourites for gold, Fields went down hard in a first-corner crash during the semi-finals.

Much of the focus at the Games has been on superstar Biles, who this week stunned the world when she dropped out of the team competition after a poor opening vault and then declined to defend her all-around crown, citing concern for her mental and physical well-being.

"Today, after further consultation with medical staff, Simone Biles has decided to withdraw from the event finals for vault and the uneven bars," USA Gymnastics said, adding she would continue to be evaluated daily to see whether she would compete in the finals for the floor exercise and balance beam.

Her candour has pushed the issue of athlete mental health into the spotlight and triggered an outpouring of global support. She has spoken about the "twisties", incidents of disorientation https://www.reuters.com/lifestyle/sports/i-had-twisties-just-like-simone-2021-07-30, during some of her gravity-defying skills.

Djokovic, who won a singles bronze medal in Beijing in 2008 but has failed to earn a place on the podium at London, Rio and now Tokyo, withdrew from the mixed doubles minutes after his defeat by Spain's Pablo Carreno Busta in the singles bronze match.

On Friday, the Serbian lost to Germany's Alexander Zverev in the singles semi-finals, killing his hopes of winning an Olympic gold plus all four Grand Slams this year for a 'Golden Slam'.

His withdrawal from the mixed doubles means women's world number one Ash Barty and John Peers bag a bronze medal for Australia.

In swimming, Ledecky and Dressel added to their medal haul and took some sting off what has been a disappointing Games so far for the U.S. swim team, whose eight golds are just half their tally from Rio.

Ledecky, who lost her 200 and 400 metres titles to Australia's Ariarne Titmus before beating her in the 1,500, on Saturday became the first female swimmer to win six individual golds, cruising home in the 800m.

"She made it tough and so it was a lot of fun to race," Ledecky said.

World champion Dressel stormed to the 100m butterfly title in world record time, picking up his second individual gold to add to the gold he won in the 4x100 freestyle relay.

Britain won the Olympics' inaugural mixed 4x100 medley relay for their fourth swimming gold delivering a world record time. Britain's four golds in the pool marks their best return in the swimming events for more than a century. 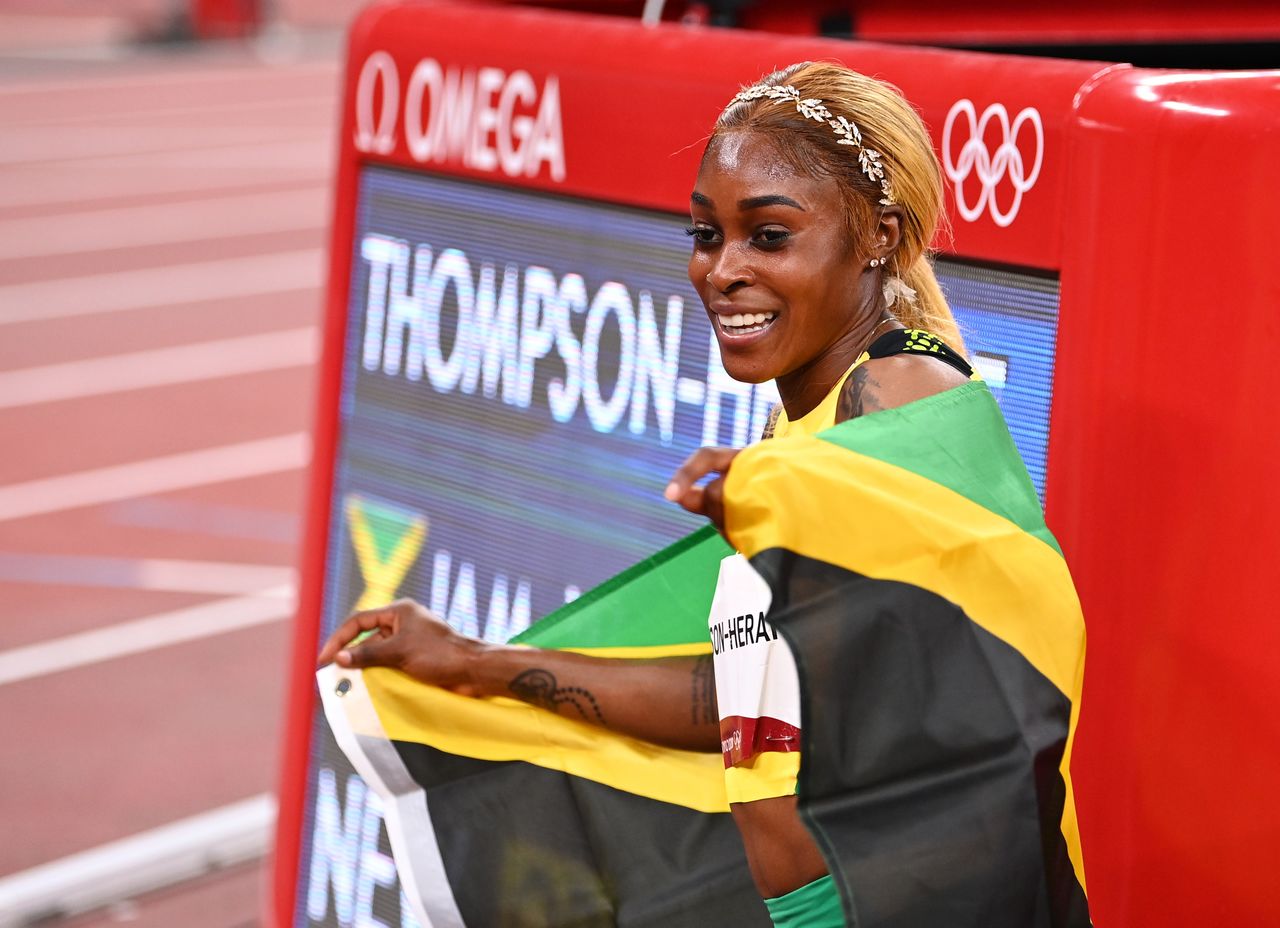 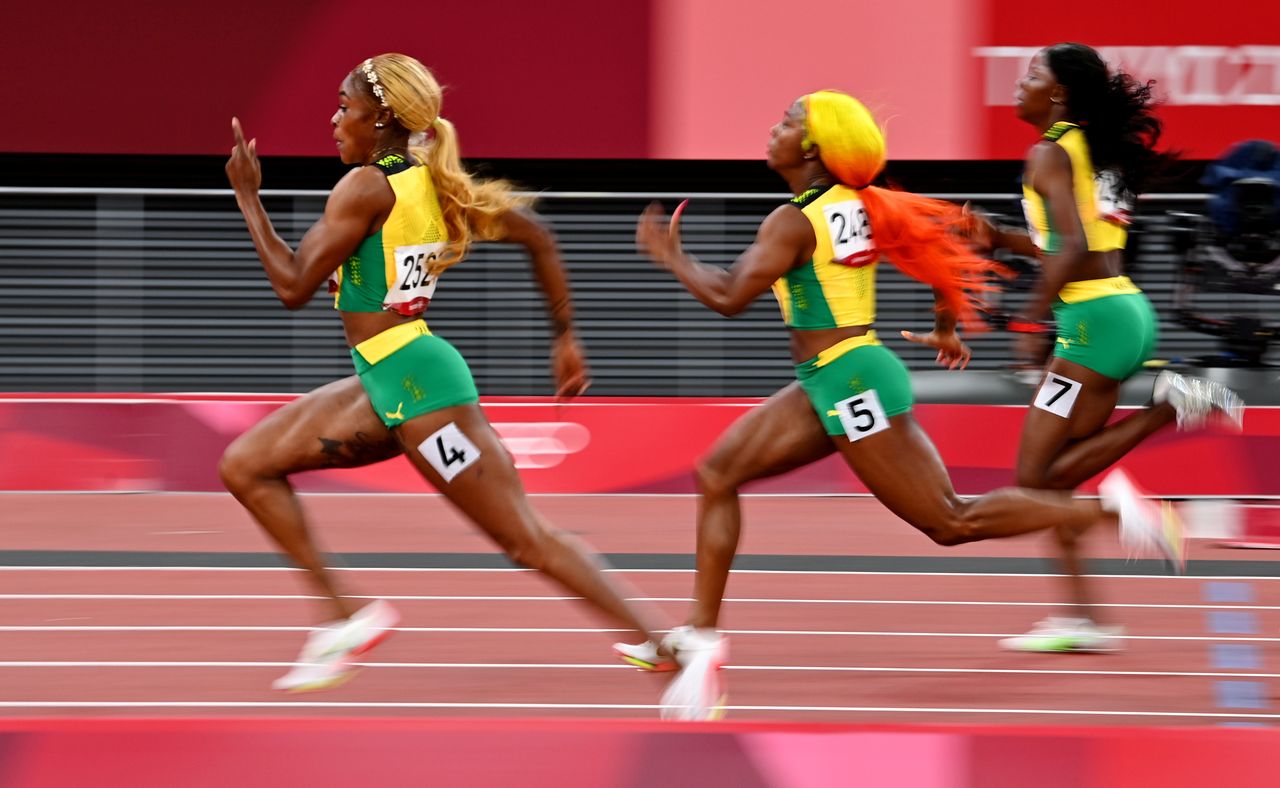 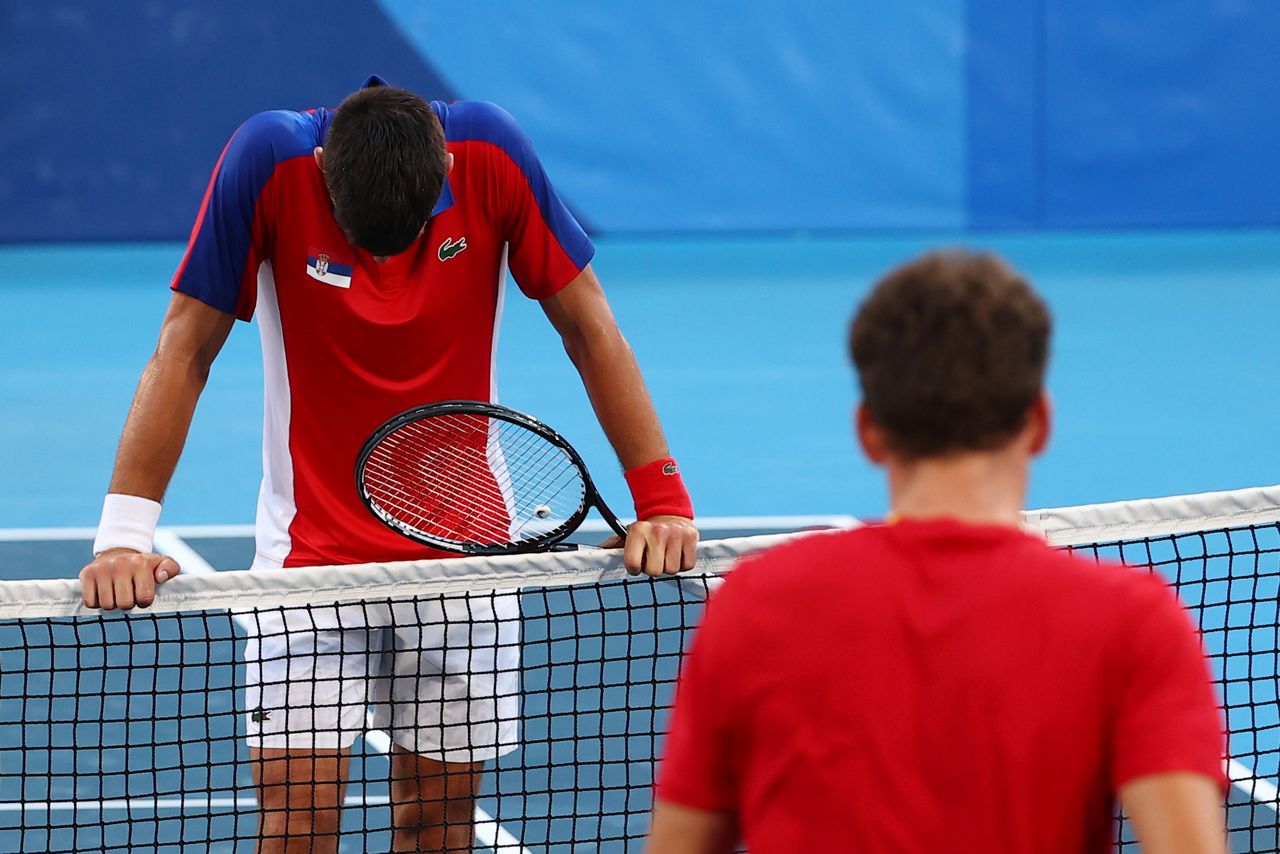 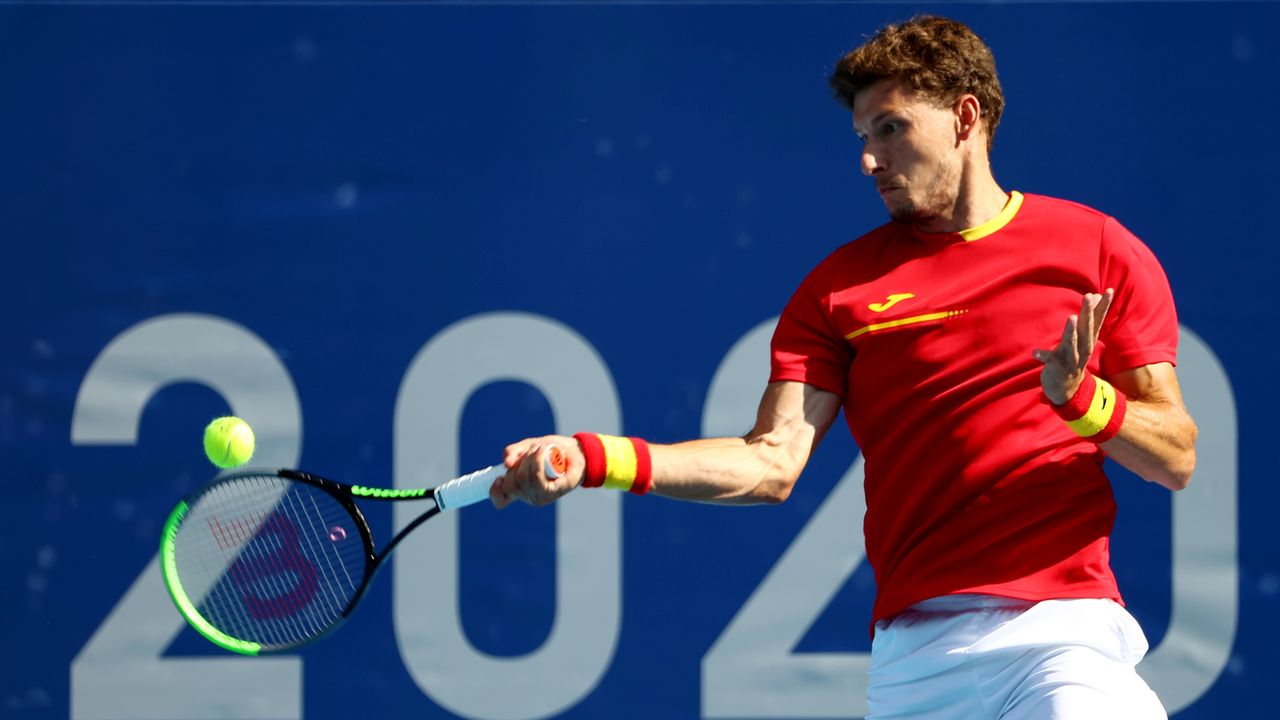 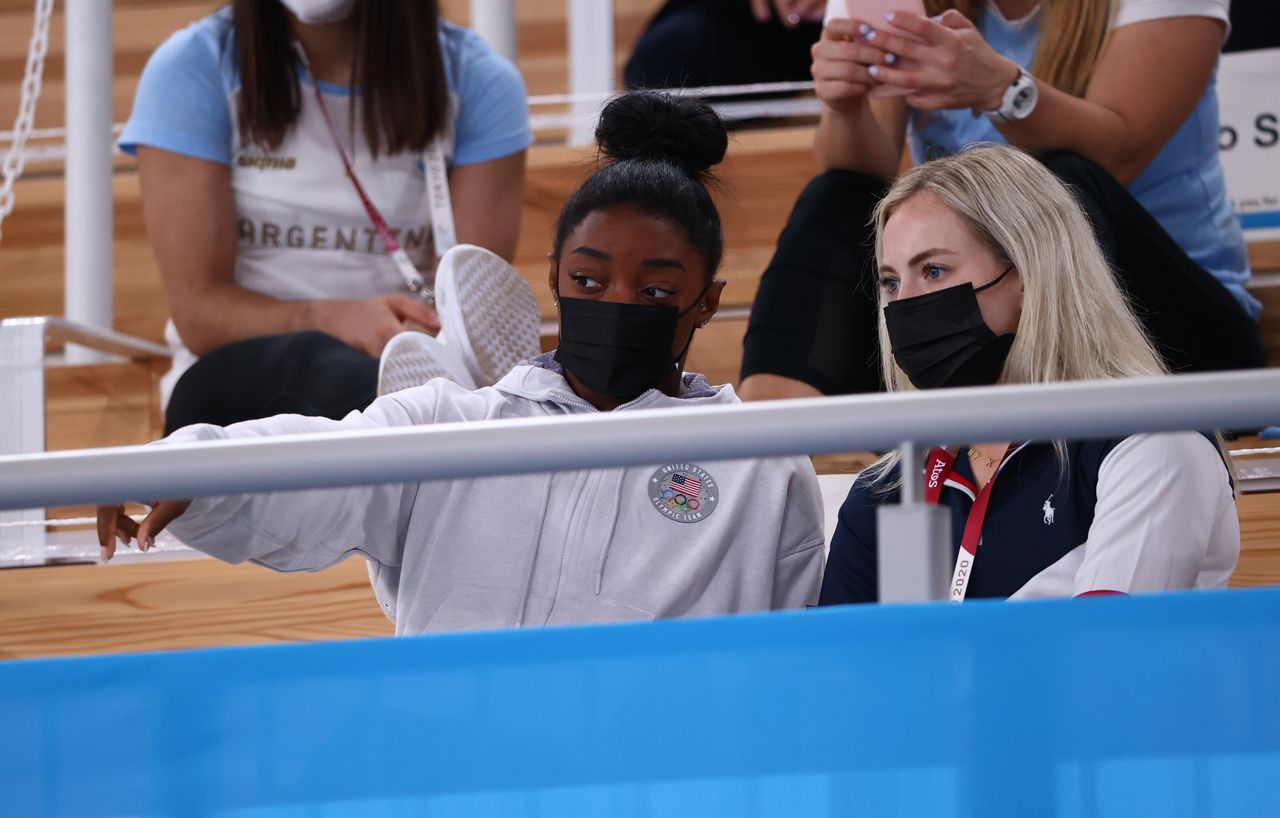