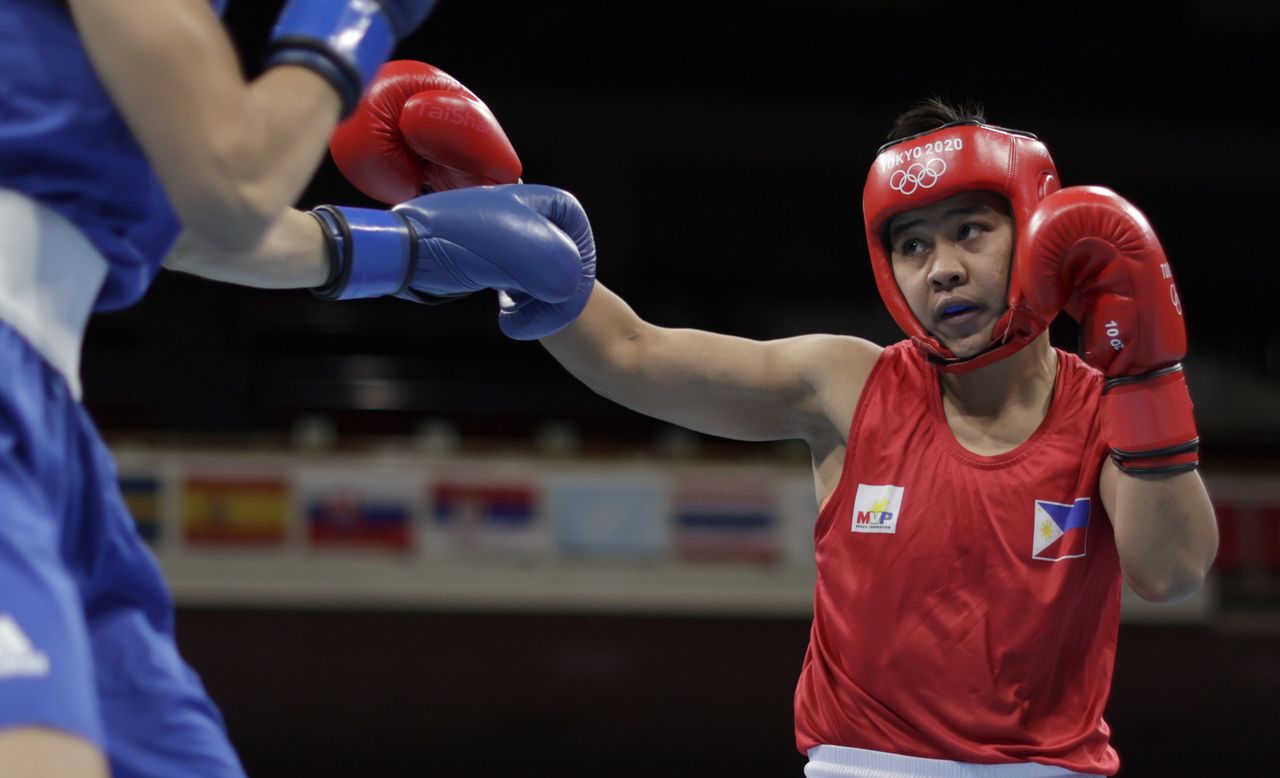 TOKYO (Reuters) -Reigning world champion Nesthy Petecio of the Philippines defeated Italian Irma Testa in the featherweight boxing semi-final on Saturday to keep her in the contest for what could be her country's second-ever gold medal in the Olympics.

The diminutive 29-year-old lost the first round against a much-taller Testa but won the second and was on the front foot throughout the third, chasing her opponent with lightning-quick steps and rapid-fire punches.

In an arena that gave Petecio a home-crowd feel thanks to roaring cheers from team mates, officials and Filipino journalists, Petecio grabbed the win in a split decision, crying and falling to her knees as her name was announced.

"This means so much to me as not only is it my dream, it is my father's dream," said Petecio, whose father taught her how to box as a child.

"It's not for me. It's for my family, my country and for all the people from the Philippines who have prayed for me. I love you, I love you."

Testa also lauded Petecio's win, saying she was happy with her medal - Italy's first in the still-young Olympic discipline of women's boxing.

In the final, Petecio will face local Sena Irie on Aug. 3.

Nicknamed 'Irie-wani' - Japanese for saltwater crocodile - Irie beat Britain's Karriss Artingstall in a close split-decision contest that she thought would go in the Briton's favour.

"I was so happy when my name was called," she said.

RIVALS TO MEET AT SEMI-FINALS

In the women's middleweight category, Briton Lauren Price and Nouchka Fontijn of the Netherlands beat their opponents to secure a match against each other in the semi-finals, promising a must-watch bout at Tokyo's Kokugikan arena next week.

The two had met at the World Championships final two years ago, when the fight was initially called for Fontijn but overturned when Price successfully contested the jury's call.

"The rivalry between me and Nouchka is one of them really," Price said. "But we are all top-class girls. It's who is better on the day, but I don't fear anyone."

For her part, Fontijn said she was happy to fight an opponent that deserved to be in the medals round.

"Our last four or five matches were all very close so it's going to be an exciting match and we need to prepare very well for that," the Rio silver medallist said.

"I know a lot of people think she's the only one on my mind but the only thing on my mind are medals and she's just one other opponent."

Both boxers are assured of at least a bronze medal.