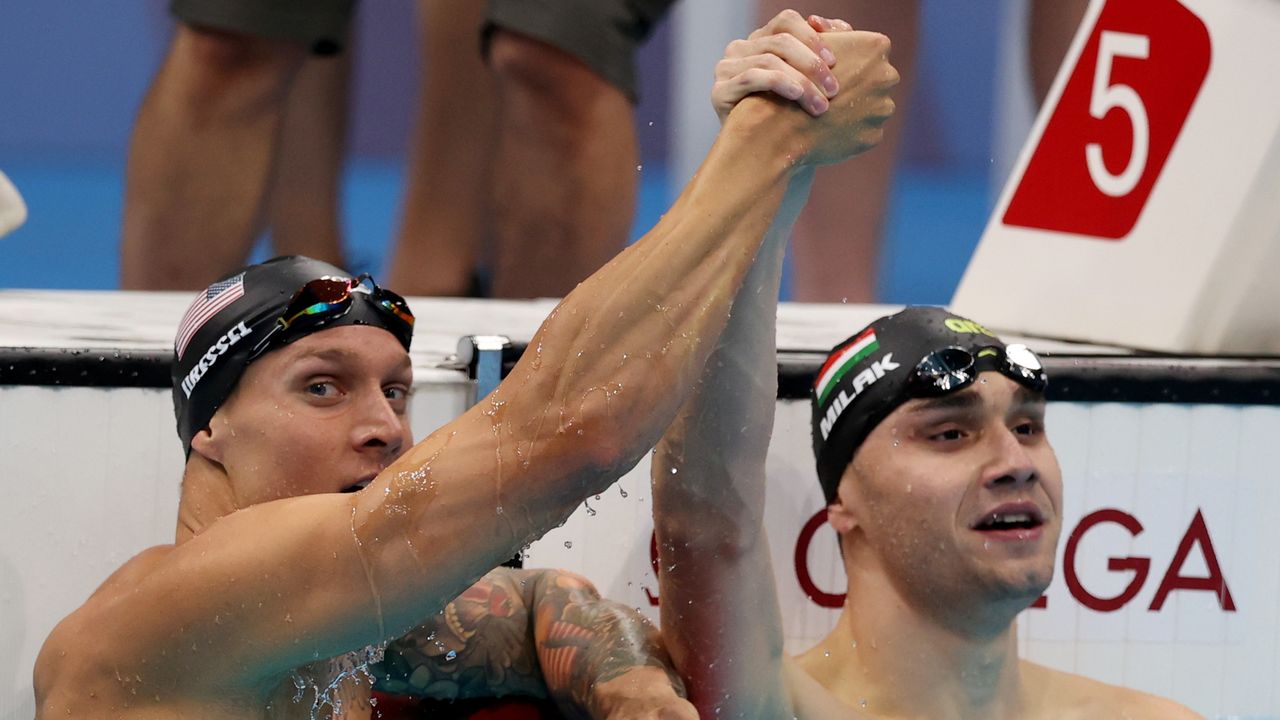 TOKYO (Reuters) - Hungarian Kristof Milak has warned American Caeleb Dressel that he will catch him in the 100m butterfly and dominate the event in both distances.

Milak, the 200m winner in Tokyo, came in just 0.23 seconds behind Dressel to claim the Olympic silver medal, as the American broke his own world record.

"Many people have told me I can't catch Dressel, it is impossible they said, but now in this race I see there's a possibility," Milak told reporters.

"Now I can set myself a realistic target to win the race either in the worlds or the next Olympics," he said.

Going into the race, Dressel held seven of the 10 fastest times in the history of the event, but was pushed all the way by the 21-year-old Hungarian.

"That was the maximum I could give. I am happy that Caeleb needed a world record to beat me," said Milak.

Dressel did not argue with his rival's assessment and there is clearly a healthy respect between the two.

"It was extremely close. Kristof swam a wonderful race and it took a world record to win the Olympic final. And I don't think it happens that often in the Olympics. To have two of the fastest times in history, it's amazing," he said.

"To do that with them right next to me in lane 5 that's really special. I think it was really fun to watch and I have a lot of respect for Kristof," he said.

The Hungarian said he used the extra year after the Tokyo 2020 Olympics were delayed by the coronavirus pandemic to add weight and build up his muscles, giving him a better chance to take on the imposing Dressel.

"I remember at the Budapest World Championships (in 2017) his wave just blew me away," Milak said.

"I am stronger and heavier than I was four years ago, so I could keep up with him," the 21-year old said. "For me this last year has been a benefit because I became more athletic and stronger."

Milak's attempt to set a new world record in his 200 fly win was hampered by a loss of focus after he ripped his trunks before the race and had to make a hasty switch in the locker-room.

If he looked less than delighted by his gold medal, he was surprisingly upbeat after finishing second, clearly encouraged by his progress in hunting down Dressel.

The American, who has won three golds in Tokyo, certainly is taking the threat seriously.

"He's going to put me out of the job one day, so I'll hold on as long as I can," Dressel said.