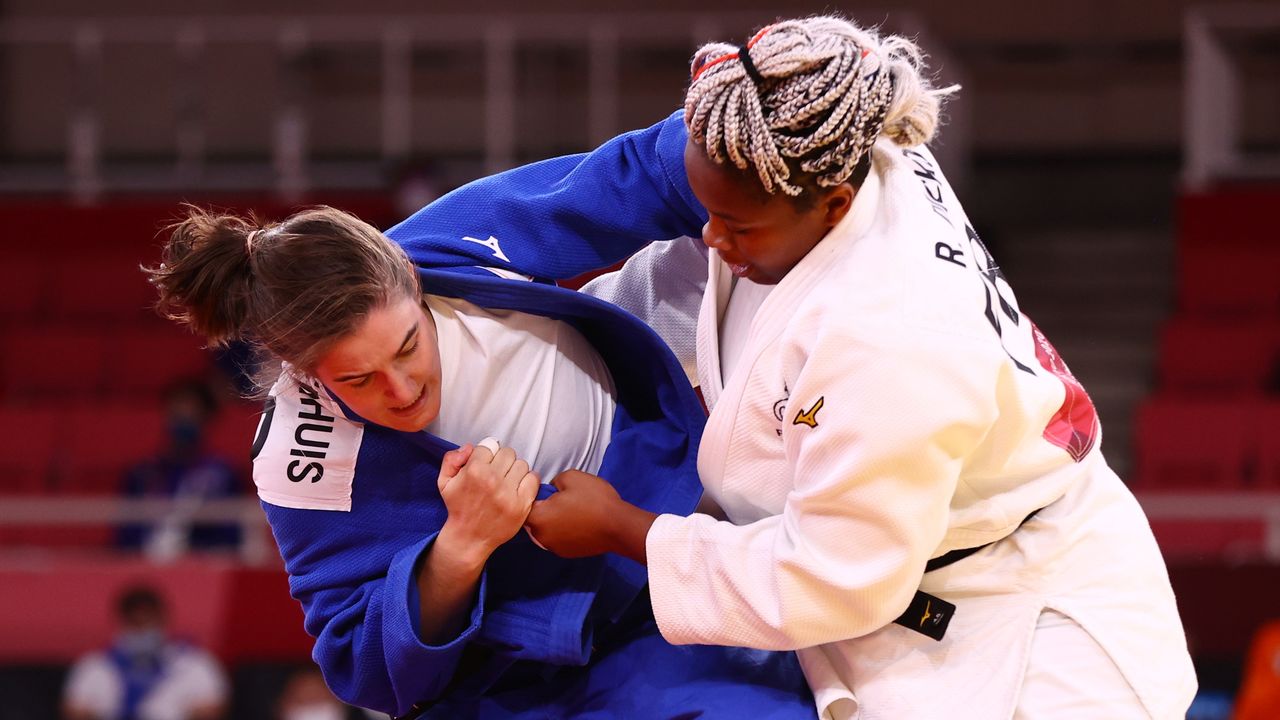 TOKYO (Reuters) - France claimed the judo gold medal in the first mixed team event ever held in the Games on Saturday, beating Japan 4-1 in the final and helping their heavyweight legend Teddy Riner add to his collection of Olympic medals.

With Saturday's win, Riner, 32, now has a tally of three golds and two bronze medals from his Olympics appearances.

The success helped to make up for his shock loss in Friday's quarter-finals in the men's +100kg individual contest against Tamerlan Bashaev of the Russian Olympic Committee. The Frenchman had to settle for the bronze medal.

"It's my third Olympic gold medal, my fifth medal at an Olympics. I think this is very, very... important to win here in the country of judo during the Olympic Games in Tokyo at the Budokan. It's just amazing," Riner told reporters.

"This is a dream, we win the final (against the) Japanese team. Wow."

While Japan picked up the silver, the two bronze medals were awarded to Germany and Israel.

Overall, Japan have won nine golds, including two silver and a bronze in the judo in Tokyo - a record haul since it became an Olympic event for men in 1964 and for women in 1992.

The new teams event meant a 15th judo gold was on offer on top of the seven weight categories each for men and women.

In the final of the team contest, Riner beat Japanese gold medallist Aaron Wolf by an inner thigh throw to score a waza-ari win in a gruelling 'Golden Score' sudden-death overtime, bringing his country closer to gold in the new team contest.

Earlier, France squeezed past Israel in the quarter-finals 4-3, with the help of Riner, who gave Israel's Or Sasson a combination of two waza-aris -- a floating throw and a straddle hold -- to make it an ippon win.

The French then powered through their semi-final against the Netherlands.

Japan had got off to a shaky start in the quarter-finals when Uta Abe and Shohei Ono, both individual gold medallists in Tokyo, lost to Germany's Theresa Stoll and Igor Wandtke.

But Japan's four other judokas beat their German opponents to win 4-2.

The Japanese team handily beat the Russian Olympic Committee 4-0 in the semi-finals.