TOKYO (Reuters) - Cameroonian Cyrille Tchatchet II was always unlikely to win a medal but the first weightlifter from the Refugee Olympic Team proved a big hit with the sparse crowd at the Tokyo International Forum on Saturday.

Tchatchet finished second in the 96kg Group B, the competition for lifters who have registered lighter weights which precedes the battle for medals and world records in Group A.

Usually garnering little attention even at events where spectators are allowed, the Group B lifters would have expected to compete almost unnoticed in Tokyo after fans were banned because of the COVID-19 pandemic.

On Saturday, though, every lift Tchatchet attempted was greeted by cheers and applause from the team delegations, volunteers and fellow athletes, who are allowed into the arena.

"I could feel it," the 26-year-old lifter said of the support.

After failing to lift 190 kg in his first attempt for the clean and jerk, Tchatchet tried the same weight again and succeeded.

He stretched out both his arms to welcome the applause after succeeding in lifting 195kg in his third attempt, holding the bar above his head longer than neccessary.

A combined 350kg was good enough to beat all the competitors in Group B barring Olfides Saez Vera of Cuba and Tchatchet was satisfied with his performance.

"I am quite happy with the results although it didn't go as I had planned," Tchatchet said.

Tchatchet represented Cameroon at the 2014 Commonwealth Games in Glasgow, Scotland, but fled the team camp, saying he felt unsafe returning to his home country.

Before he was granted asylum by Britain in 2016, Tchatchet said he went through a "very low period" and even felt suicidal.

That inspired him to study for a degree in mental health nursing at Middlesex University.

Tchatchet now works as a psychiatric nurse in London, a career that made it tricky to continue with his weightlifting until he moved from hospital to community work a year ago. 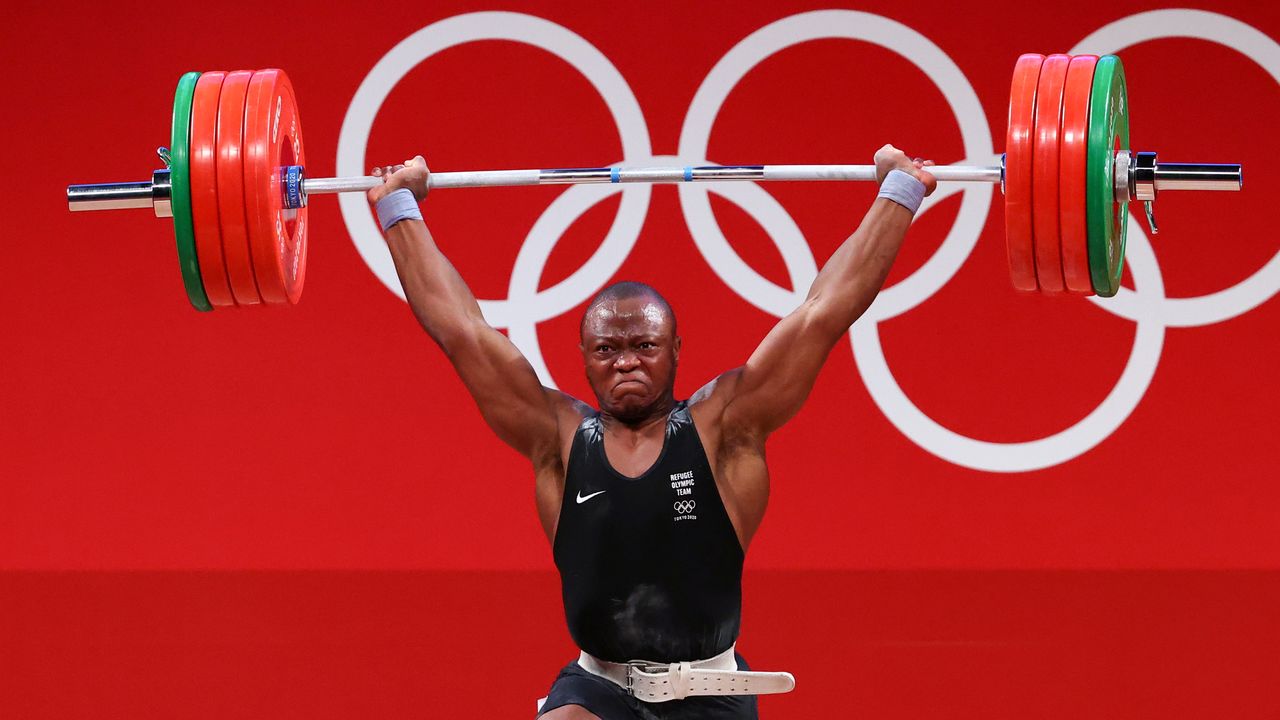 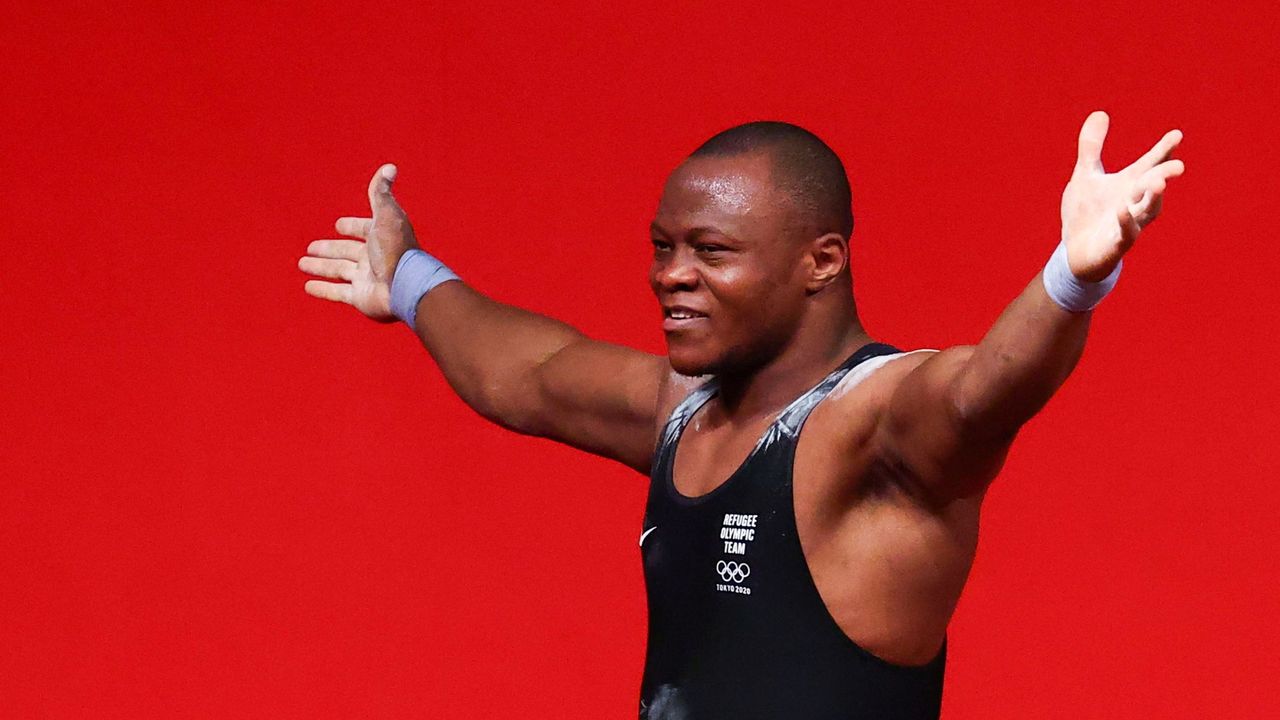