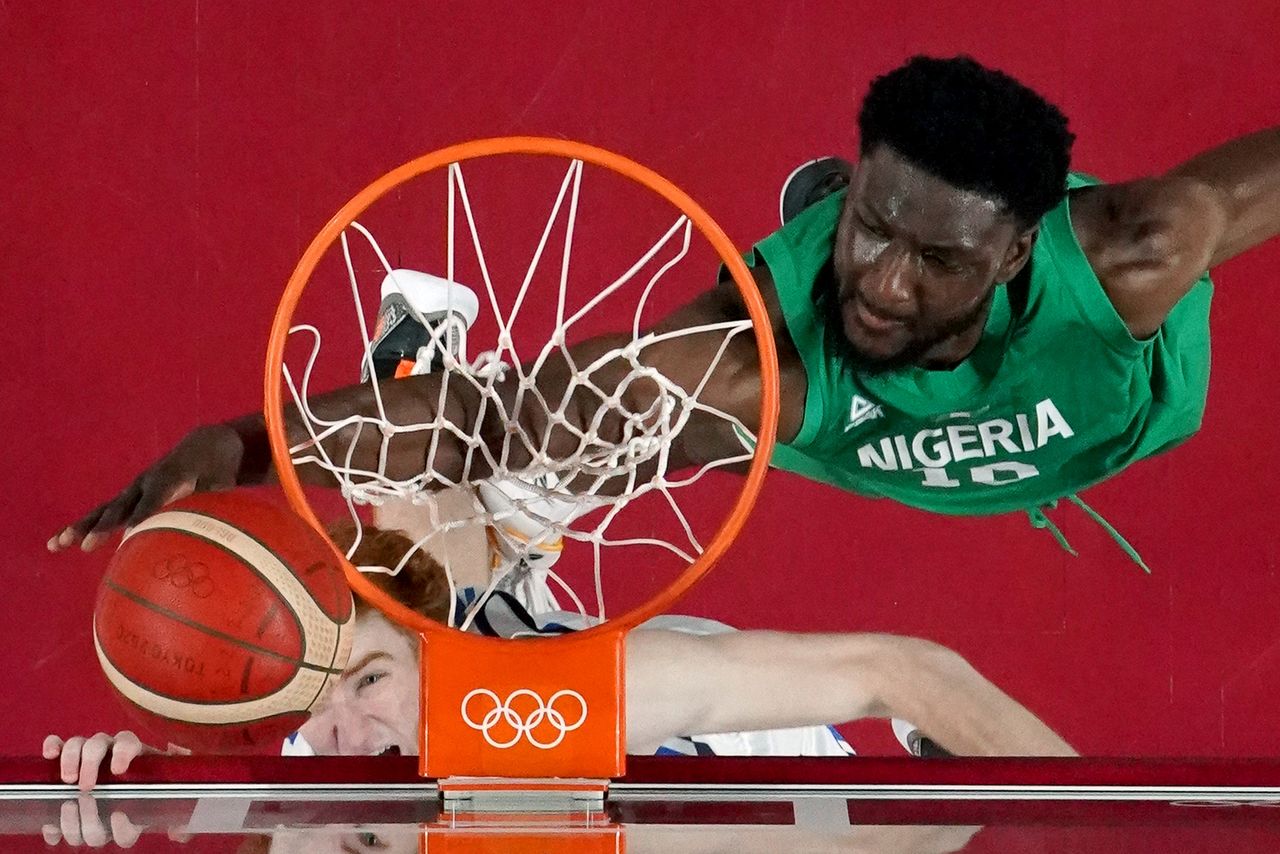 SAITAMA (Reuters) - Nigerian basketball player Chimezie Metu and head coach Michael Brown blasted the nation's government and Olympic committee on Saturday for lack of support of their athletes at the Games.

"Our government and the Olympic committee of Nigeria, they make it extremely difficult for us to go out there and just focus on performing our sport," said Metu at a news conference after his team lost their men's preliminary match against Italy.

"It's extremely difficult to go out there and try to focus on the basketball game when you're dealing with so much stuff off the court."

Metu, who plays for the NBA's Sacramento Kings, cited a "lack of attention to detail" that complicated travel, lodging, and other logistics for some 60 athletes who travelled to Japan to represent Nigeria, leaving them feeling "disrespected and humiliated."

Brown said some of his coaches and staff were still stuck in hotels and unable to help the team.

"We feel bad for the athletes because they don't have the same advantages as other countries," said Brown, who is also head coach of the NBA's Golden State Warriors.

The Nigerian Olympic Committee was not immediately available for comment.

The Nigerian men's basketball team closed out their Olympics 0-3 with Saturday's 80-71 loss against Italy.