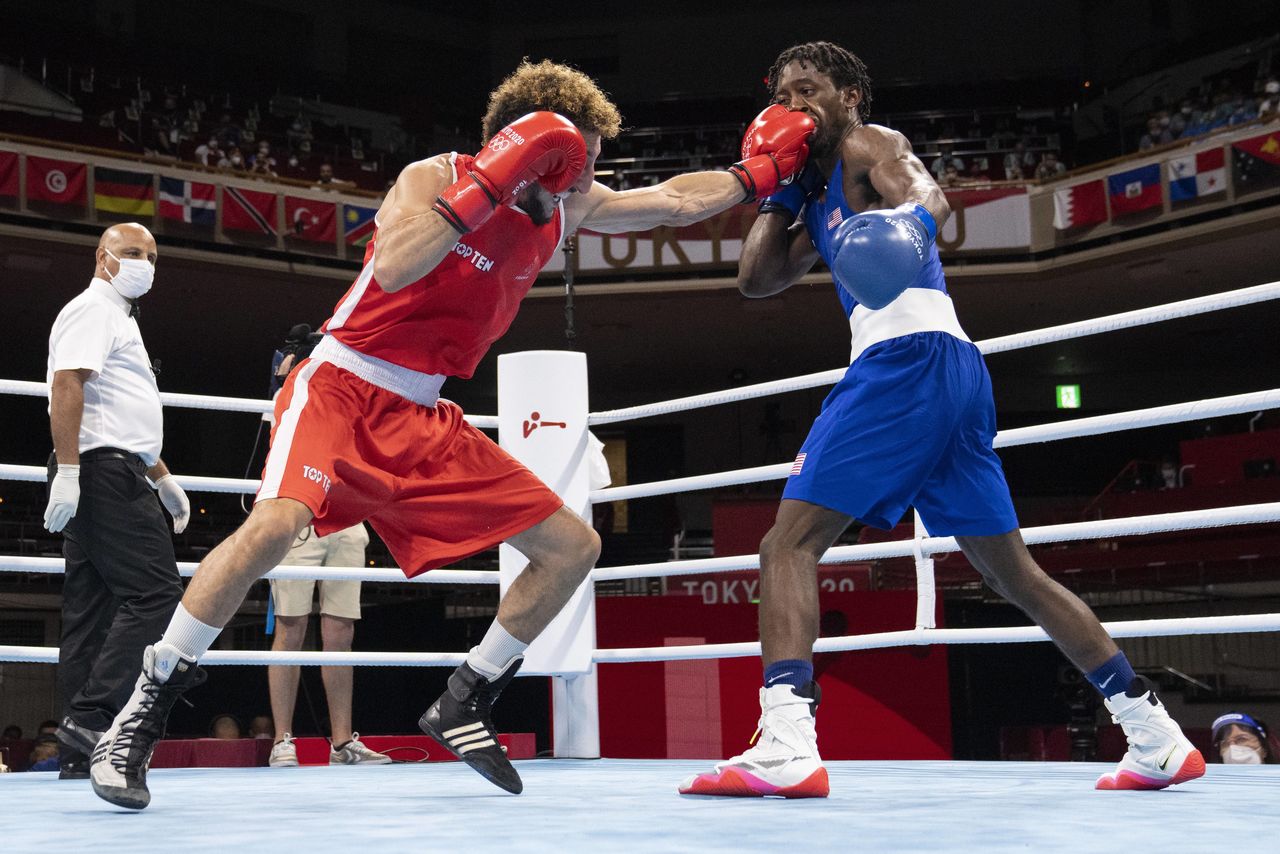 TOKYO (Reuters) - From his breezy manner and unwavering confidence, you'd never guess that Keyshawn Davis had suffered from mental health issues just four years before his Olympic debut as a lightweight boxer for Team USA.

During his final year of high school at age 18, the Virginia native's anxiety and anger were so overpowering they landed him in a mental health facility, where he learned to talk through his problems by watching even younger children do the same.

Those days are behind him, Davis said, and nothing was going to stop him from achieving his childhood dream of winning an Olympic gold medal - what would be the first for U.S. men's boxing since 2004.

"I'm getting the gold. That's not even a question," Davis said on Saturday, having just beaten Rio silver medallist Sofiane Oumiha. The bout ended in a referee stop after Davis landed a powerful hook that sent the Frenchman wobbling.

"I got no choice but to get gold. I'm going to get gold, and that's what I'm shooting for, is getting gold."

Davis said that having to go up against a top-seeded boxer in only his second bout had only worked to fire him up.

"They've given me these tougher opponents early. I feel kind of disrespected, like they're trying to get me out of the tournament early," said Davis, who only won his ticket to Tokyo last month through the International Olympic Committee Boxing Task Force.

"Or that's just how I take it to motivate myself to go into each one of these fights. But I don't care if you gave me (Cuban two-time world champion) Andy Cruz the first day. I was going to beat him and move on to the next day."

Davis, who plans to resume his professional boxing career after Tokyo, said his mental health problems are dealt with now but that the long months of quarantine have been difficult for him, as they had been for other athletes.

"A lot of people don't know how to deal with quarantine and us elite athletes travel. We're so busy that we never have time to deal with ourselves," he said.

"I just hope the best for all these athletes, all these athletes that came here to compete in the Olympics... I understand everybody that's going through mental health issues because I've been through the worst."