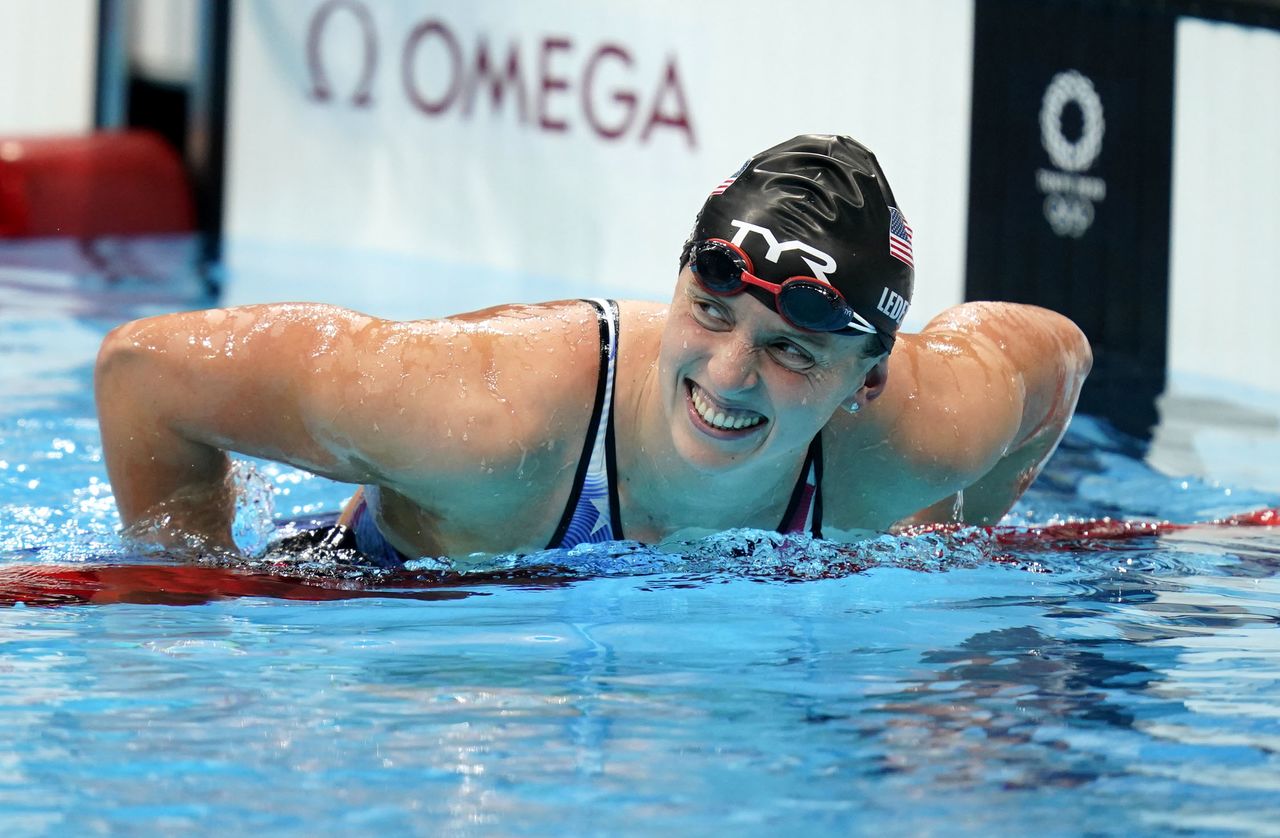 TOKYO (Reuters) - After booking her place in Olympic history with a record sixth individual gold medal, world swimming's most decorated woman Katie Ledecky is confident there's plenty more to come - and is already talking about a bid to reach the next two Olympics.

The American dominated the 800 metres freestyle final in Tokyo on Saturday to win gold comfortably, beating the record for the most women's individual Olympic swimming titles held for a quarter of a century by Hungary's Krisztina Egerszegi.

Ledecky said the idea of already being a sporting legend had never entered her mind.

"I don't know if even my first Olympic gold has sunk in fully, nine years later, so I think once I eventually retire I'll probably more fully appreciate it all," she said.

"I'm just going to try and live in the moment, right now I think I've done a good job of that this week, taking it one day at a time, one race at a time."

Facing Australia's Ariarne Titmus, winner of gold medals in the 200m and 400m freestyle this week in thrilling late fightbacks, Ledecky took no chances on Saturday and led from the start, opening up a body length lead after 500 metres.

Ledecky edged further ahead at every turn, shutting down any chance of a late charge from Titmus and finishing over a second ahead in 8:12.57.

"To win gold at the past three Olympics has been amazing and I never dreamed of making it to one Olympics when I first started swimming," she said.

"To have the opportunity to go to three now and to win medals and to hear your national anthem play, it's amazing and it's a real treat."

The winner of 15 world titles said her sights were on the 2024 Olympics in Paris, and at just 24 years old, she isn't ready to rule out the Los Angeles Games four years after that.

"People are sticking around in the sport into their 30s and I still love this sport. I love it more and more every year. I feel like I'm going to give every ounce I have to the sport," she said.

"I'm just going to keep doing it until I feel like it's time. Obviously, like the Olympics in 2028 are in LA, so that's kind of out there and appealing."