By Rozanna Latiff and Karolos Grohmann

TOKYO (Reuters) -Belinda Bencic became the first Swiss woman to win a tennis gold medal at the Olympics with a victory in the singles final on Saturday, while Novak Djokovic went home empty-handed for the third successive Games.

Djokovic withdrew from his mixed doubles contest with a shoulder injury shortly after being beaten 6-4 6-7(6) 6-3 by Spain's Pablo Carreno Busta in the singles bronze-medal match.

The Serbian world number one's exit came a day after he failed in his bid to complete the Golden Slam.

World number 12 Bencic outlasted Marketa Vondrousova of the Czech Republic 7-5 2-6 6-3 in a nervy final to become the first Swiss to win an Olympic singles title since Marc Rosset won the men's event in 1992.

Bencic dedicated her win to former Swiss number ones Roger Federer and Martina Hingis as neither player ever won a singles gold at the Olympics.

"I think I accomplished it for them (Federer and Hingis)," she told reporters.

"They did so much in their careers. I'm not sure I will be ever be able to do what they did, but maybe I could help them to accomplish this one with giving them this Olympics. So it's both for Martina and for Roger."

Bencic could claim another gold in Tokyo as she and Viktorija Golubic will take on Czech top seeds Barbora Krejcikova and Katerina Siniakova in the women's doubles final on Sunday.

In the bronze medal match, Ukraine's Elina Svitolina fought back to prevail 1-6 7-6(5) 6-4 over Elena Rybakina of Kazakhstan.

The victory ends a whirlwind month for Svitolina, who lost in the second round at Wimbledon before marrying French tennis player Gael Monfils a week before the Games began.

"It was extremely tough and that's why... when I finally won that match point, it was just the explosion of the emotions," Svitolina said.

Djokovic had arrived in Tokyo aiming to become the first man to win all four majors and an Olympic gold medal in the same calendar year, after securing victories at the Australian Open, the French Open and Wimbledon.

But that quest came to an end after he was beaten by German Alexander Zverev in Friday's semi-final.

"I do have a regret for not winning a medal for my country and opportunities missed both in mixed doubles and singles. I just didn't deliver yesterday and today," Djokovic said, adding that he was still aiming to play at the 2024 Paris Games.

"The level of tennis dropped also due to exhaustion, mentally and physically."

He won the bronze at the Beijing Games in 2008 before losing to Argentina's Juan Martin Del Potro in London four years later. Del Potro beat him again in the first round of Rio 2016.

Carreno Busta's win capped a giant-killing week for the 30-year-old, after he took down world number two Daniil Medvedev in the quarter-finals.

"This has been an exceptional match... This is even more incredible than winning a tournament. I have won the Davis Cup, gone far in other tournaments but winning an Olympic medal is amazing. Words fail me," said Carreno Busta.

His victory also extends Spain's remarkable Olympic record, having secured a tennis medal at every Games but one since 1988.

In the women's doubles, Brazilians Laura Pigossi and Luisa Stefani saved four match points against Veronika Kudermetova and Elena Vesnina of the Russian Olympic Committee to snatch the bronze medal. It was Brazil's first medal in tennis. 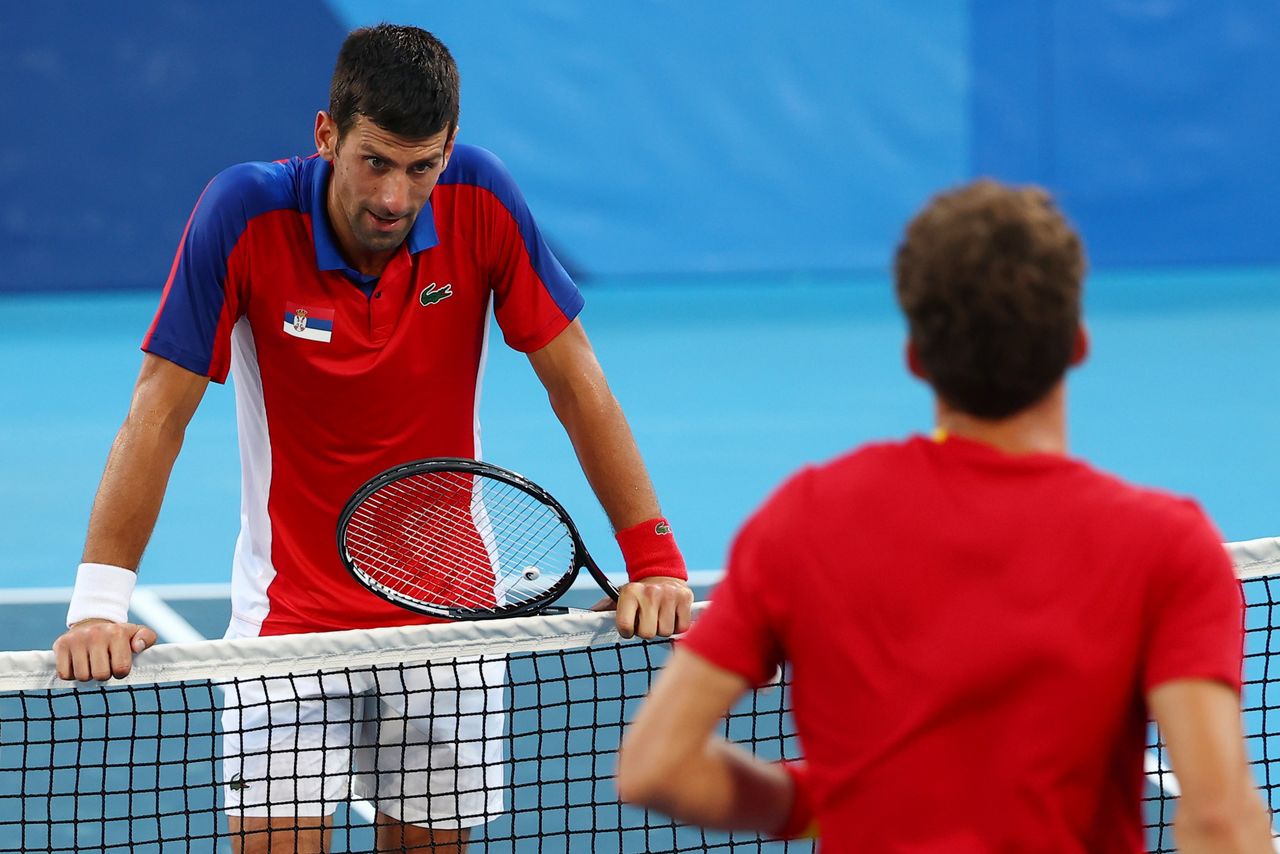 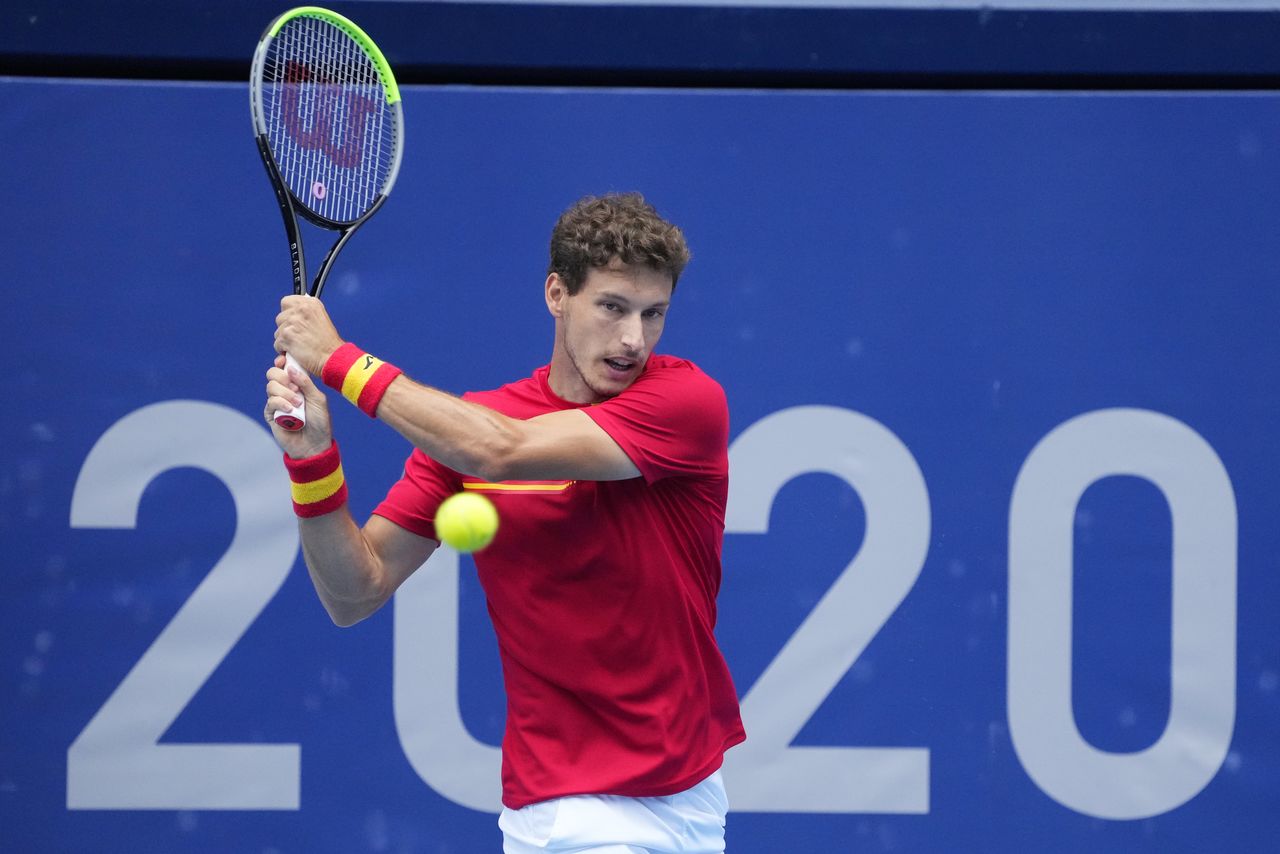