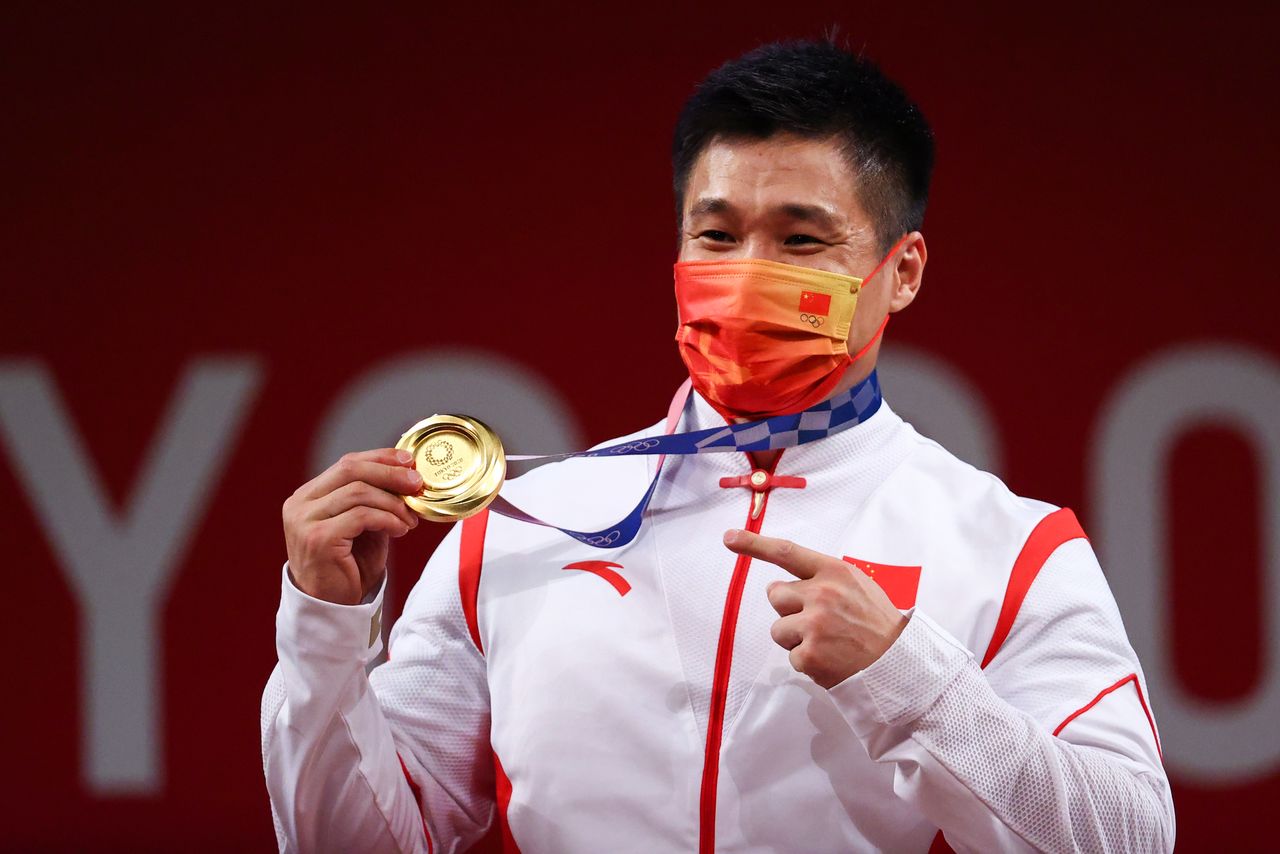 TOKYO (Reuters) -China's Lyu Xiaojun won a gold medal in the men's 81kg weightlifting competition at the Tokyo Olympics on Saturday but failed to break his own world record.

The 37-year-old lifted a combined 374kg, falling short of the 378kg he set to win gold at the 2019 world championships in Pattaya, Thailand, but did set an Olympic record for all three categories of snatch, clean & jerk and thus also the total.

Immediately after the competition, Lyu showed another side of his life, trying to call his father as he waited for an interview, while regretting that he was not able to take care of his children while he focused on training.

"I only thought about my two daughters. In the past five years I was not able to take care of them as I was in Beijing for training," Lyu said, holding the medal hanging from his neck. "I felt sorry for not looking after them."

Lyu had a rough start, with a surprise failure at 165kg in his first snatch attempt.

"I was too relaxed. The weight was too light," Lyu said jokingly about the failure.

But he turned aggressive toward the end, trying to lift 210 kg in his third clean and jerk to break his own world record. But he failed.

Still he had a comfortable 7kg lead over the silver medallist, Dominican Republic's Zacarias Bonnat Michel, who lifted 367kg in total.

Italy's Antonino Pizzolato won the bronze with a 365kg total after only two successful lifts out of the six attempts.

"I was disappointed but that feeling was replaced with joy immediately after winning a medal," said Pizzolato.

Lyu, who won gold in the men's 77kg category at the 2012 London Games and silver in the same class at Rio 2016, has become the oldest weightlifter to win a gold.

Whether he will continue his career is now in focus.

"If you see me next year, you will see me in Paris," said Lyu.