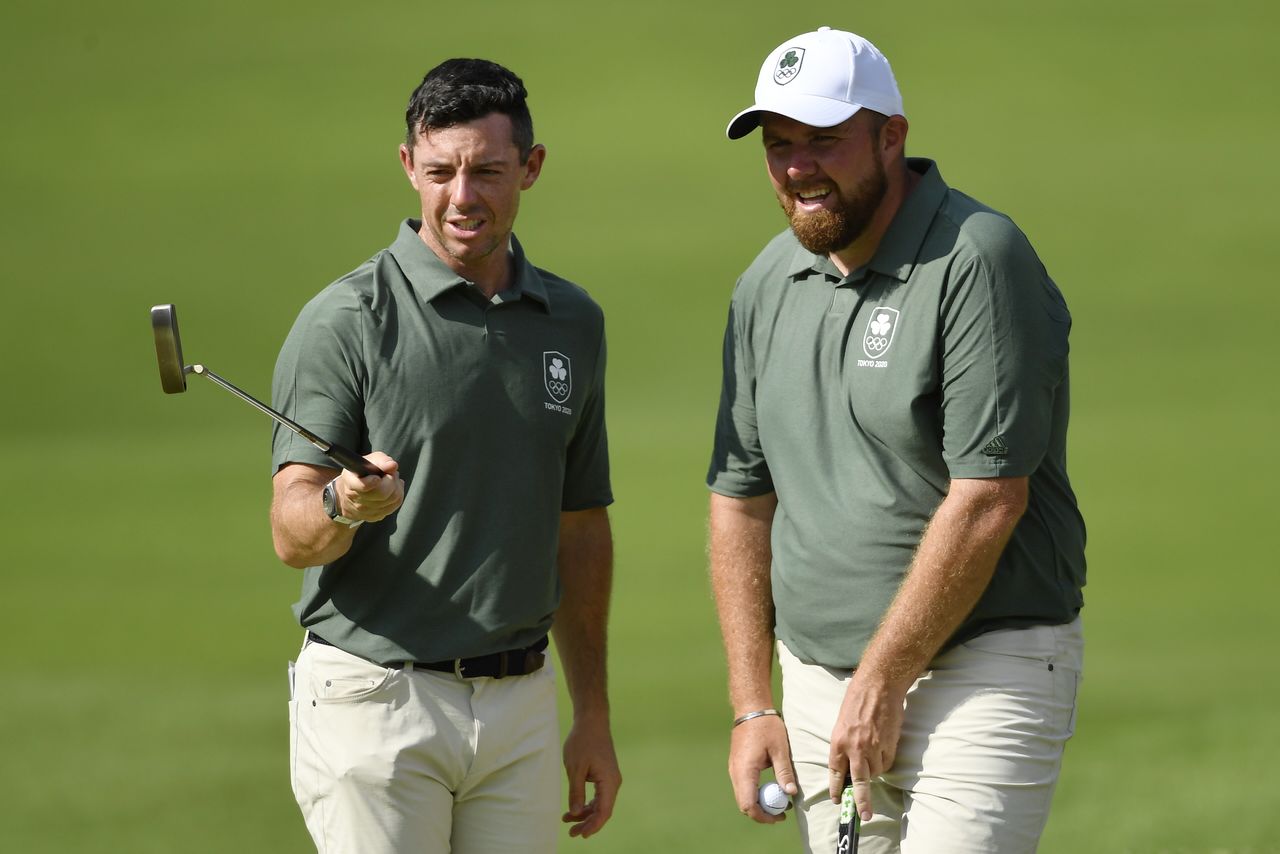 KAWAGOE, Japan (Reuters) - Golf's Team Ireland duo of Rory McIlroy and Shane Lowry are taking aim at bringing back two medals for the country, as they played in the same group in the third round at the Tokyo Olympics on Saturday.

McIlroy shared the fifth place with three players, three shots behind American Xander Schauffele at the Kasumigaseki Country Club, while Lowry was one clear of McIlroy.

After they hit tee shots, they mostly walked shoulder-to-shoulder on the course, talking and laughing. When Lowry's tee shot got stuck in the branches of a tree on the 14th, McIlroy appeared worried.

Team Ireland closely reported the duo's plays on Twitter, uploading an image of the leaderboard showing they were maintaining positions to contend for medals.

Lowry said to reporters "it was great" to play with his compatriot. "I'm sure he's going out with all guns blazing tomorrow, trying to win a medal and I'm gonna do the same."

McIlroy also said "the atmosphere has been really relaxed. A throwback to the amateur days I guess, which has been great."

Asked about the pressure on them to deliver a medal for Ireland, he said "two better than one. One better than none. It's good both have something."