(Reuters) -The Olympics host city Tokyo, as well as Thailand and Malaysia, announced record COVID-19 infections on Saturday, mostly driven by the highly transmissible Delta variant of the disease.

The surge in Delta variant cases is rattling parts of Asia previously relatively successful in containing COVID-19, such as Vietnam, which will from Monday impose strict curbs on movement in several cities and provinces.

Cases also surged in Sydney, where police cordoned off the central business district to prevent a protest against a strict lockdown that will last until the end of August.

Police in Sydney closed train stations, banned taxis from dropping passengers off downtown and deployed 1,000 officers to set up checkpoints and to disperse groups.

The government of New South Wales reported 210 new infections in Sydney and surrounding areas from the Delta variant outbreak.

Tokyo's metropolitan government announced a record number of 4,058 infections in the past 24 hours. Olympics organisers reported 21 new COVID-19 cases related to the Games, bringing the total to 241 since July 1.

A day earlier Japan extended its state of emergency for Tokyo to the end of August and expanded it to three prefectures near the capital and to the western prefecture of Osaka.

Olympics organisers said on Saturday they had revoked accreditation of a Games-related person or people for leaving the athletes' village for sightseeing, a violation of measures imposed to hold the Olympics safely amid the pandemic.

The organisers did not disclose how many people were involved, if the person or people were athletes, or when the violation took place.

Malaysia, one of the hotspots of the disease, reported 17,786 coronavirus cases on Saturday, a record high.

More than 100 people gathered in the centre of Kuala Lumpur expressing dissatisfaction with the government's handling of the pandemic and calling on Prime Minister Muhyiddin Yassin to quit.

The government said the Delta variant accounted for more than 60% of the cases in the country and 80% of the cases in Bangkok. The variant is not necessarily more lethal than other variants, but much more transmissible, said Supakit Sirilak, the director-general of Thailand's Department of Medical Sciences.

At Thammasat University Hospital near the capital Bangkok, a morgue overwhelmed by COVID-19 deaths has begun storing bodies in refrigerated containers, resorting to a measure it last took in a 2004 tsunami, a hospital director said.

China is battling an outbreak of the Delta variant in the eastern city of Nanjing which has been traced to airport workers who cleaned a plane which had arrived from Russia.

Vietnam, grappling with its worst COVID-19 outbreak, announced that from Monday it will impose strict curbs on movement in its business hub Ho Chi Minh City and another 18 cities and provinces throughout its south for another two weeks.

COVID-19 infections have increased by 80% over the past four weeks in most regions of the world, WHO Director-general Tedros Adhanom Ghebreyesus said on Friday.

"Hard-won gains are in jeopardy or being lost, and health systems in many countries are being overwhelmed," Tedros told a news conference.

The Delta variant, first detected in India, is as contagious as chickenpox and far more contagious than the common cold or flu, the U.S. Centers for Disease Control said in an internal document reported this week. 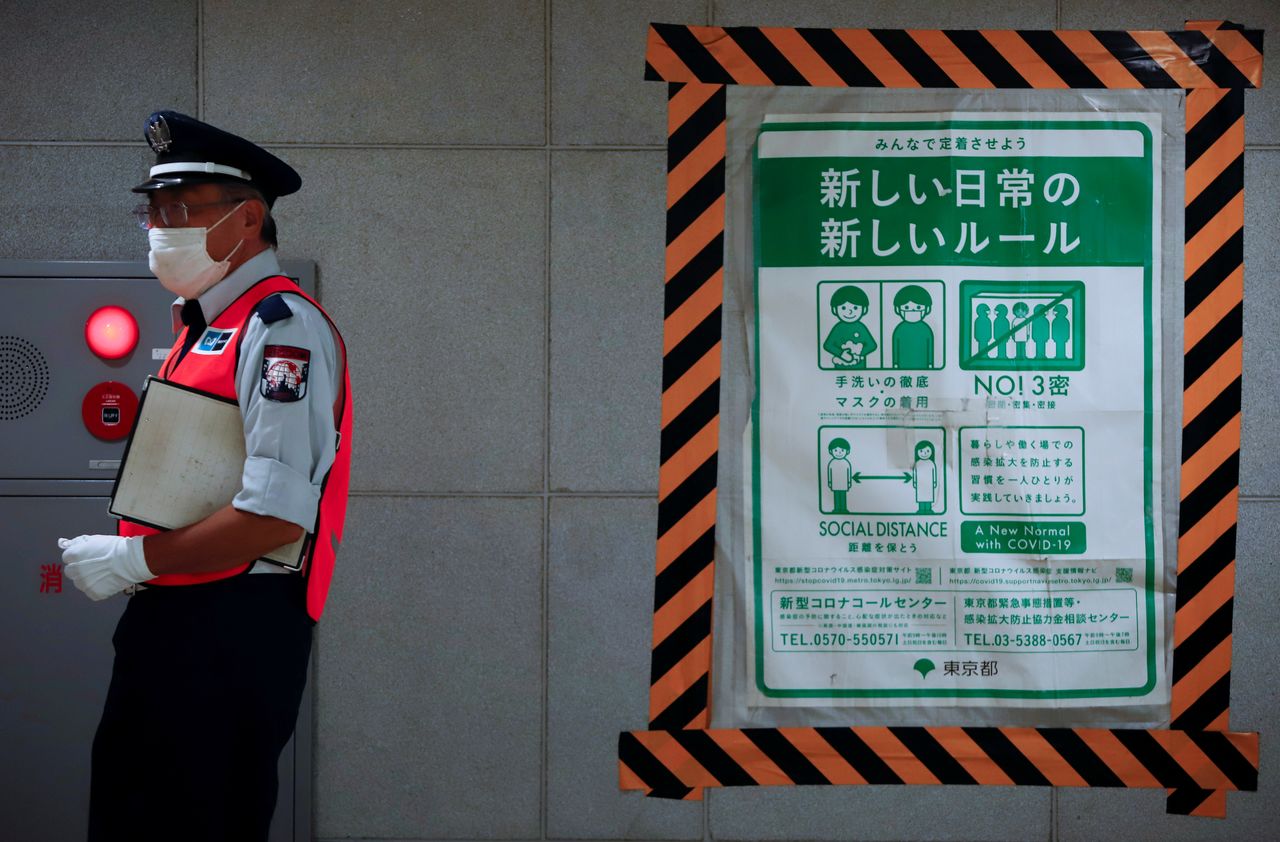 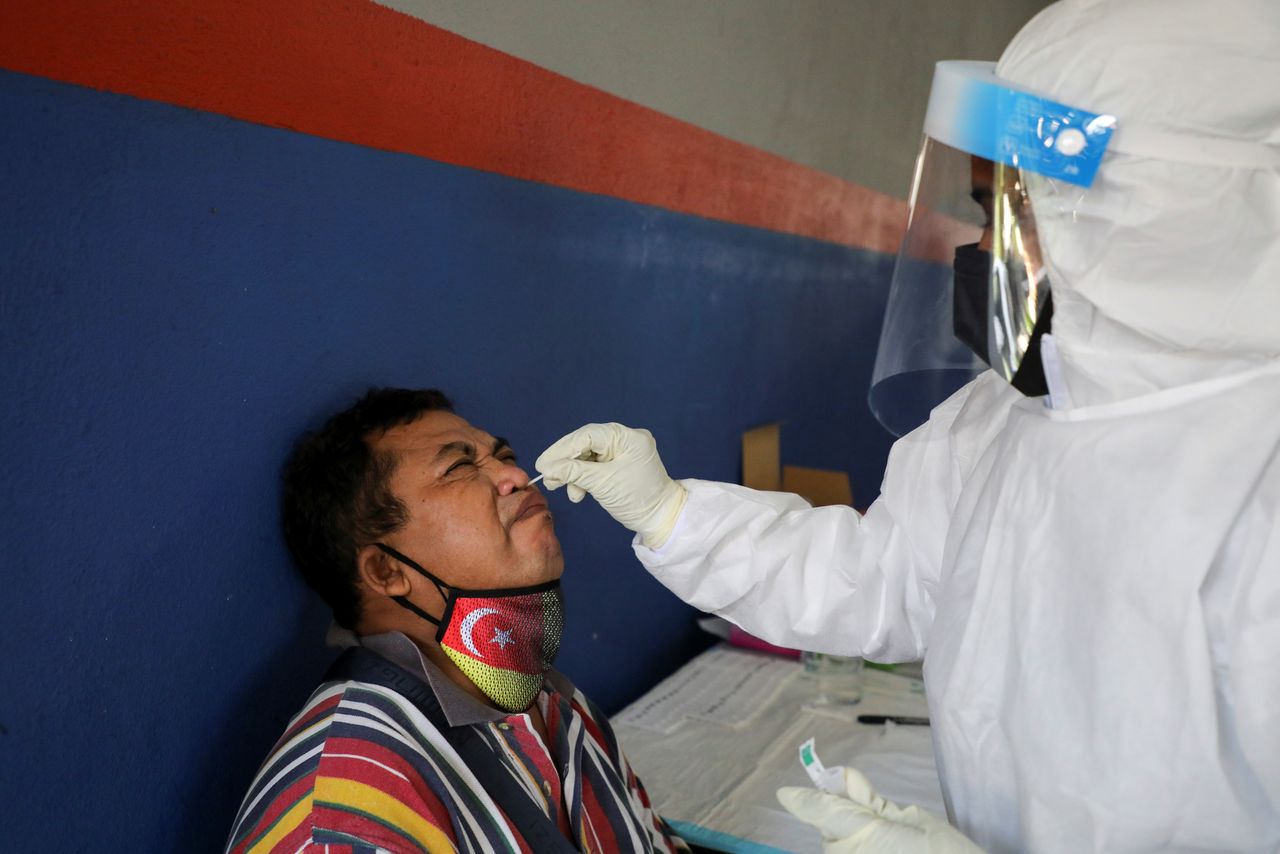 A medical worker collects a swab sample from a man to be tested for the coronavirus amid the spread of COVID-19 in Seri Kembangan, Malaysia, July 12, 2021. REUTERS/Lim Huey Teng/Files 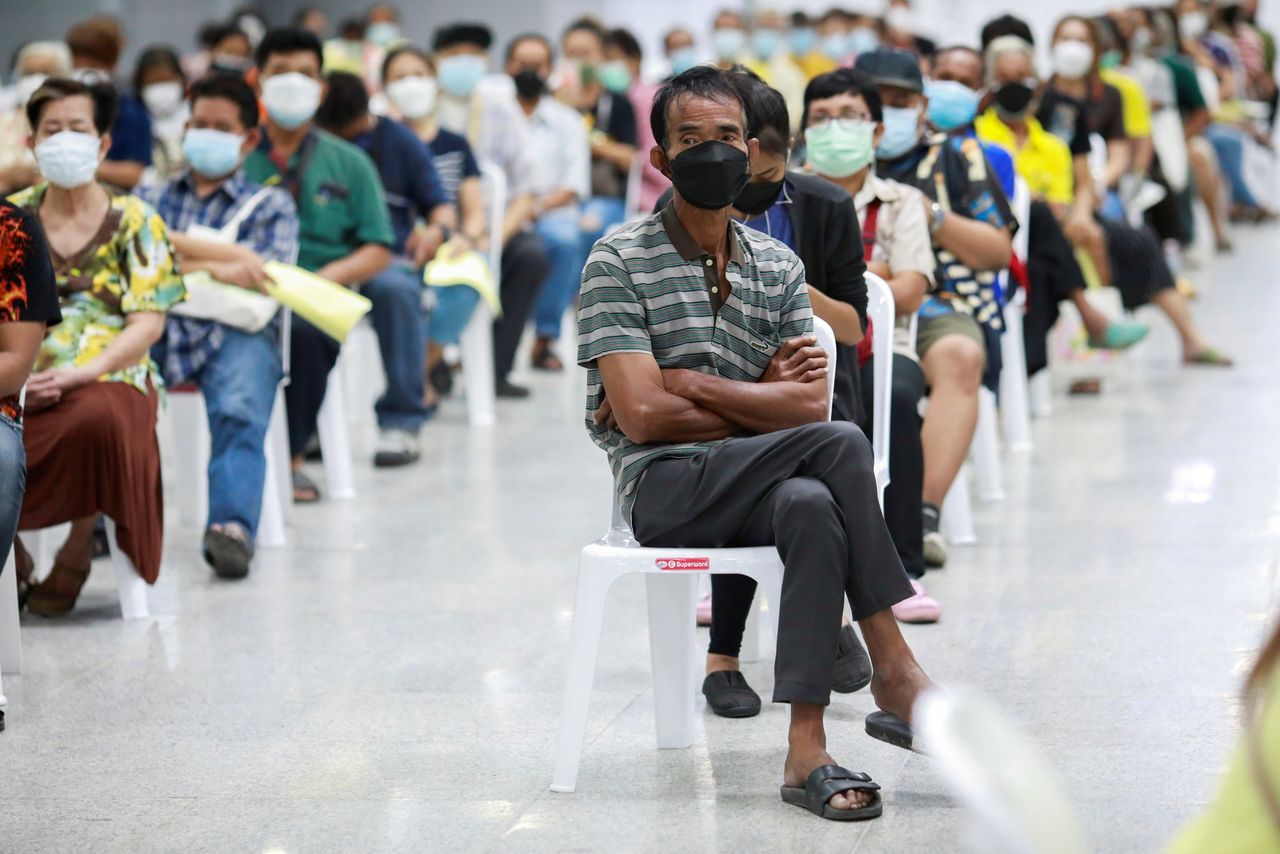