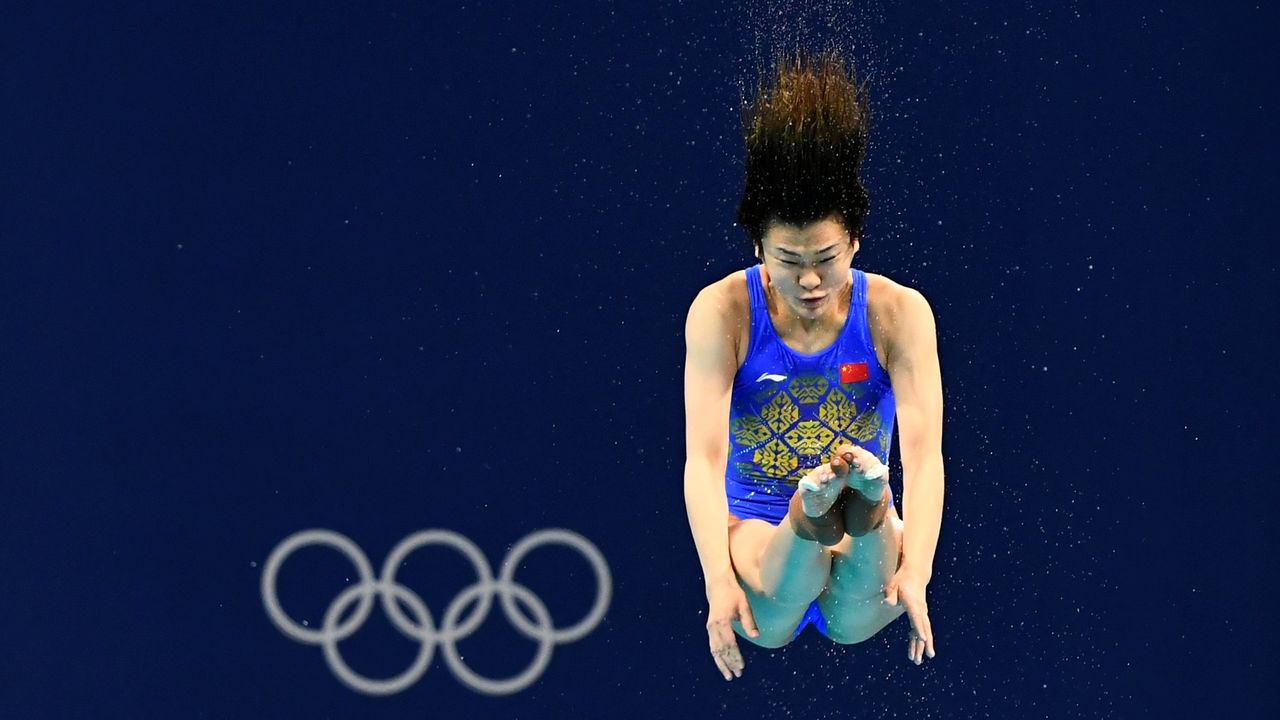 TOKYO (Reuters) - China's Shi Tingmao advanced to the women's 3 metre springboard diving finals in first place at the Tokyo Games on Saturday, while two-time Olympian Pamela Ware of Canada suffered a surprise exit after she missed her last attempt.

The 29-year-old Shi finished the first round in seventh, but clawed her way back up to first place, ending with 371.45 points, more than 24 points ahead of her synchronised diving partner Wang Han in second at the Tokyo Aquatics Centre.

"At the beginning, I hadn't adapted to the rhythm of the tournament well. Then I felt a little strained, but I realised that, in fact, the competition is about seeing who can give it a go," Shi, the defending Olympic champion, told reporters.

Ware was displaying a series of strong dives and ranked fourth at the end of the round three, but late errors including the failed attempt in her last dive meant she tumbled out of contention.

"Honestly, I think I'm still in shock right now. I'm kind of emotionless, which is really weird for me because I usually act on my emotions really quickly," the 28-year-old said.

"But I think that if I would have done the dive, I could have possibly hurt myself," she added on the failed dive.

Japan's Sayaka Mikami, who finished fifth in the preliminary round on Friday, also had to withdraw after she took off wrong on the third dive, and dropped from fourth to the bottom in the standings.

The women's 3 metre springboard finals will take place on Sunday, as China look to extend their winning streak to nine golds in the event.