Olympics-Golf-Matsuyama and Schauffele brace for replay of Masters showdown 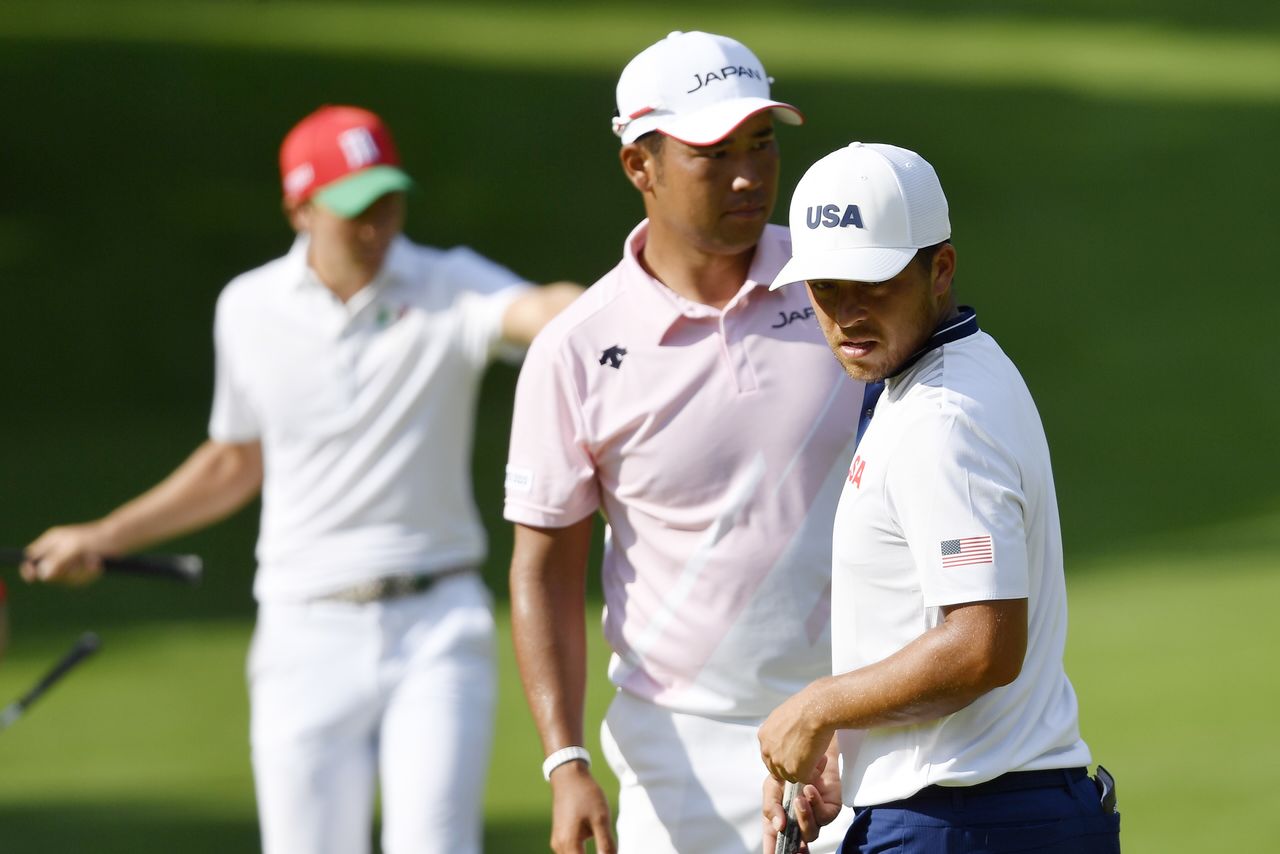 KAWAGOE, Japan (Reuters) - An Olympic golf tournament diminished by the absence of a host of big names will nonetheless fizz with the tension of a major on Sunday as Hideki Matsuyama and Xander Schauffele face off in the final group in a repeat of their battle at the Masters.

Schauffele will carry a one-stroke lead into the final round over local hero Matsuyama who claimed the Masters in April after seeing off a late challenge from the American.

Schauffele's bid for a first major win at Augusta crumbled with a triple-bogey at the par-three 16th where he found water off the tee, relieving the pressure on playing partner Matsuyama who closed out a one-stroke win.

The circumstances are different this time, with Schauffele leading at the Kasumigaseki Country Club, whereas Matsuyama had a four-shot headstart at the Masters.

Schauffele may carry a heavy weight of his own, however, after a string of near-misses at the majors.

On Friday the 27-year-old Californian revealed he had resorted to self-help books seeking ways to manage his mental game.

Reminded of his Masters disappointment by a Japanese reporter, Schauffele responded dryly.

"No, it's all good ... Hideki’s a great player. I plan on wearing that jacket as well some day.

Having contracted COVID-19 this month, Matsuyama's Olympic preparations were hugely disrupted, and he said he felt his illness affected him when he ran out of steam during his opening round 69.

With play was abandoned late on Friday, the bulky 29-year-old had to get up early to complete his second round of 64 before joining overnight leader Schauffele on the tee.

Two strokes behind Schauffele at the start of the third round, Matsuyama grabbed a share of the lead after the American found water on the par-three 16th, an echo of his Masters meltdown.

But Schauffele rebounded brilliantly on the 18th, regaining the outright lead after landing his approach for a three-foot birdie putt.

Matsuyama was scratchy off the tee like Schauffele but magic with the wedge and solid on the greens in his 67. He said he "definitely could not have believed" he would be in contention after his COVID ordeal.

"To be honest, my endurance part of my game has been struggling a bit but thankfully it's held up the last few days," he added.

"I am sure Xander will come out determined to win the gold medal, so hopefully I am going to come out strong mentally."