Olympics-Rugby-Fiji women's journey not paved in gold, but plenty to cheer 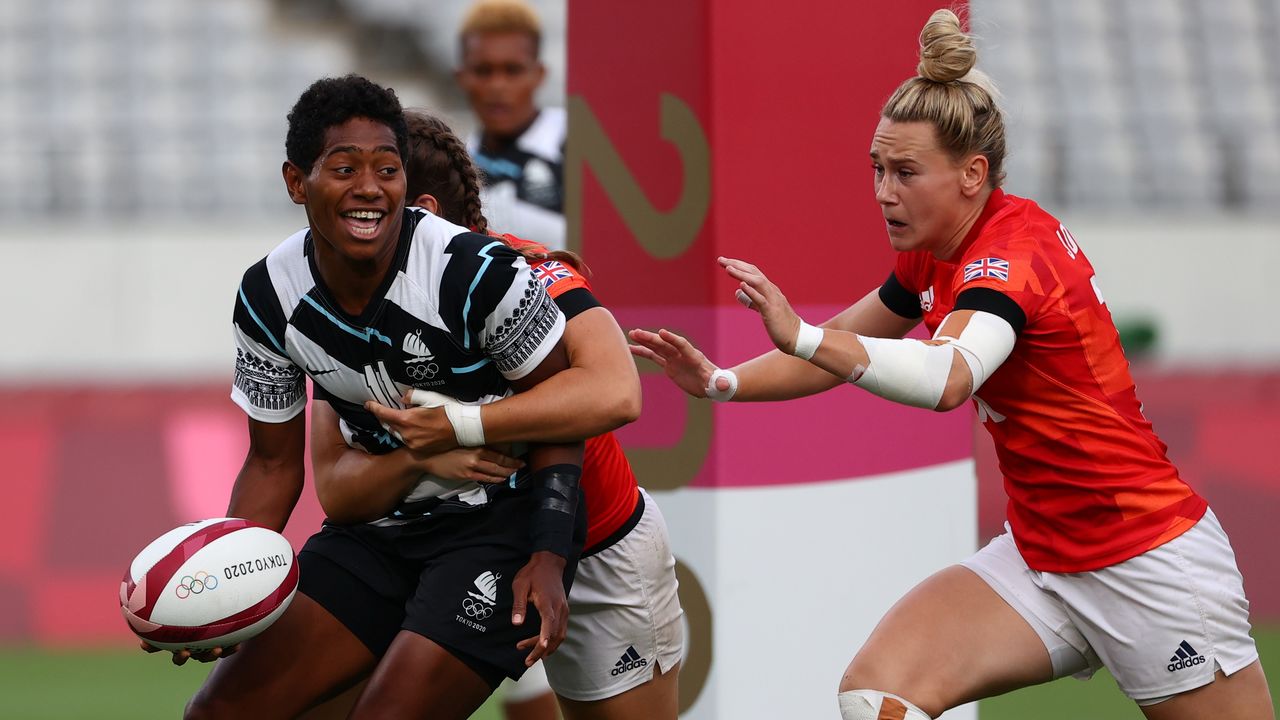 TOKYO (Reuters) - Fiji's women had hoped to emulate their male counterparts and win gold in the Olympic Rugby Sevens competition, but coach Saiasi Fuli says they should be proud with a bronze medal that is a testament to their mental strength in adversity.

Fiji narrowly lost to favourites and eventual champions New Zealand in extra-time of an epic semi-final, but went on to beat Britain 21-12 to finish third, despite some of their players being new to the sport.

Their journey is not over yet as, after 16 weeks away from their families in bio-secure bubbles due to the COVID-19 pandemic, they must still quarantine for another two when they get home.

"Some of them tried to break camp and run home. We had to get them back and keep them in camp, and just remind them that the journey would be quite a long one until we reached Tokyo," Fuli told reporters.

"It's a massive achievement. The efforts shown by our girls. It was a tough, tough journey. For three or four of them, it was their first time flying out of Fiji."

Some of the squad have only been playing Sevens for a little over a year.

"They just learned rugby a year ago," Fuli said. "They had no idea what rugby was. We identified them from athletics, some just playing touch rugby in their village.

"So we had to do a massive job and 60-70 percent of our effort was just concentrating on core skills, how to catch, how to pass, tackle technique."

Fiji’s men’s side have long been a dominant force in Sevens, but Fuli hopes this victory will inspire more girls to take up the game.

"For the long term, we need to try to promote the game, develop the game for more girls to take rugby for their sport in Fiji," he said.

"This is the impact that will influence young girls in Fiji to play rugby."