Olympics-Athletics-Britain's Asher-Smith out of Games due to injury 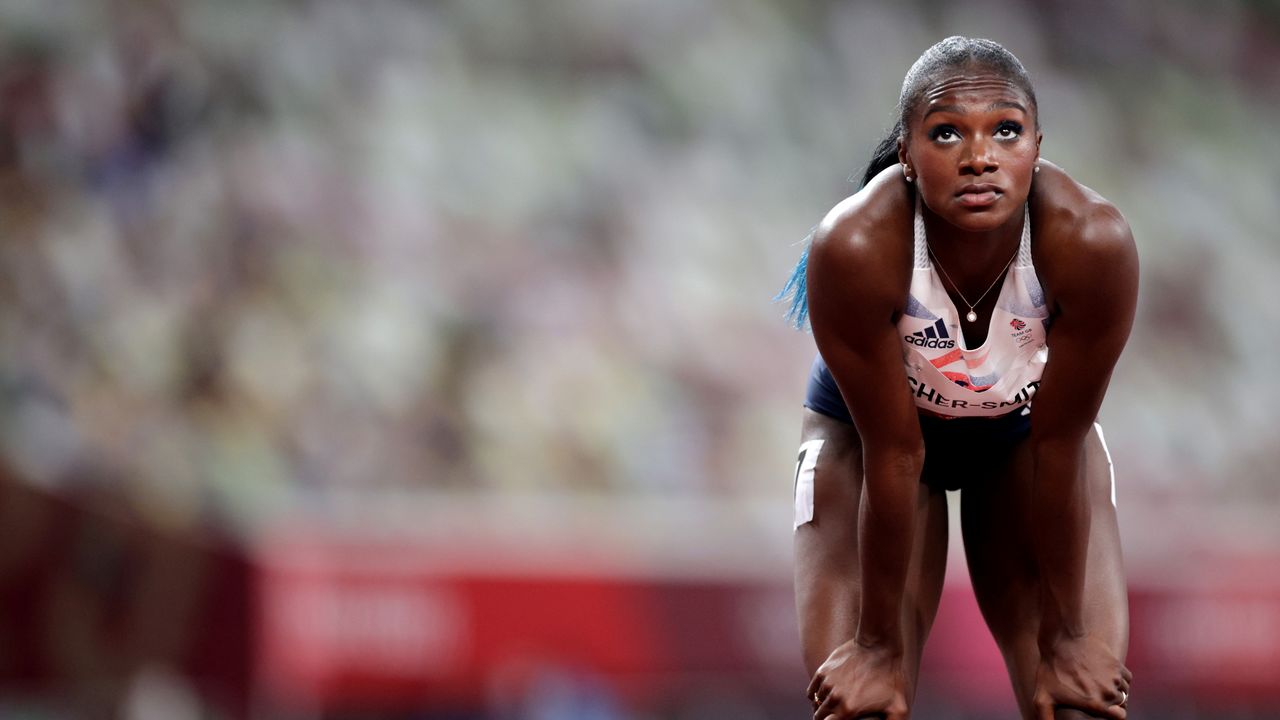 TOKYO (Reuters) -Britain's Dina Asher-Smith has withdrawn from the Tokyo Olympics due to injury, she told the BBC on Saturday, moments after failing to qualify for the 100 metres final.

Asher-Smith, the 200 metres world champion, said she tore her hamstring before the Games.

One of the leading contenders for a podium place in the 100m, Asher-Smith ran a time of 11.05 seconds in her semi-final, not enough to advance to the medal race.

"I'm so disappointed not to make the final because this is Tokyo 2020, it's everything I've trained for the past two years," she said. "But the last few weeks of my athlete life have been absolutely insane."

Asher-Smith told the BBC that she got a diagnosis a few weeks ago that she had torn her hamstring and would need surgery, which was going to sideline her for months.

But she then received a second diagnosis.

"There was still a tear, it wasn't a rupture, my hamstring was still attached, so we turned over every single stone to make sure I can stand on the line," she added.

Asher-Smith, 25, was also expected to challenge for medals in the 200m.

"I think I'm likely to pull out of the 200m...Well, I am going to pull out...and that's the one that because I'm the reigning world champion and I was in such good shape," she said tearfully.