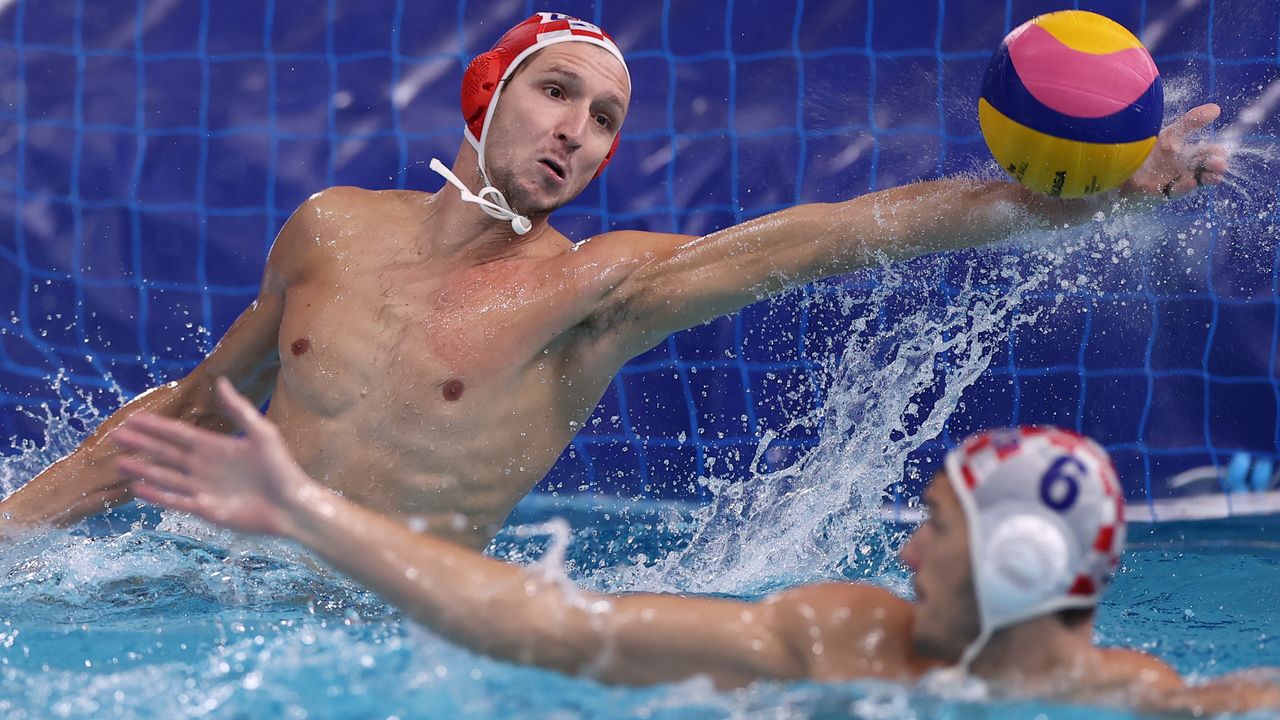 TOKYO (Reuters) - Croatia earned a measure of revenge for their defeat in the 2016 Rio Games men's water polo final on Saturday, beating defending champions Serbia 14-12 at Tatsumi Water Polo Centre on Saturday to book their place in the quarter-finals.

Losing their second game is by no means fatal for Serbia, who are assured a place in the last eight irrespective of the result of their last Group B match with Montenegro.

But being beaten by their fiercest rivals will no doubt sting.

"A bad beginning and the worst ending," was Serbia coach Dejan Savic's verdict. "I don't remember when the Serbian team last conceded 14 goals."

Sporting rivalries between Serbia and Croatia, neighbouring countries that fought a war in the 1990s, have always been intense, and water polo is one of the most popular sports in the region, with matches usually played in packed stadiums.

Croatia seized the initiative early, racing into a 5-3 lead at the end of the first quarter and never falling behind. Maro Jokovic and Paulo Obradovic scored four goals each for the Rio silver medallists, while goalkeeper Marko Bijac made 15 saves.

"Serbia are Olympic champions and beating them proves we're on the right track," Bijac said. "But this is still the group phase and the most important things are ahead of us."

Spain maintained their perfect record with their fourth win in a row, beating Australia 16-5.

Rio semi-finalists Montenegro ensured they will progress to the knockout rounds from Group B with a 19-12 win over Kazakhstan, who will be on their way home after the group stage having lost four out of four.

Australia are also out of the running since the best they can hope for is to finish level on points with either Serbia or Montenegro by winning their final group game against Kazakhstan.

The Aussies will still be eliminated on the head-to-head rule if they tie on points with Serbia or Montenegro, having lost to both teams earlier in the tournament.

Over in Group A, current European champions Hungary beat the United States 11-8, with both sides moving on to join Italy and Greece in the quarter-finals.

Hosts Japan lost 16-8 to world champions Italy, with their fourth defeat in a row confirming their exit, while South Africa were also knocked out after being beaten 28-5 by Greece in the day's final match.

The pairings for the quarter-finals will be decided after the final round of group games on Monday.

(Reporting by Simon Jennings in Bengaluru; Editing by Hugh Lawson)