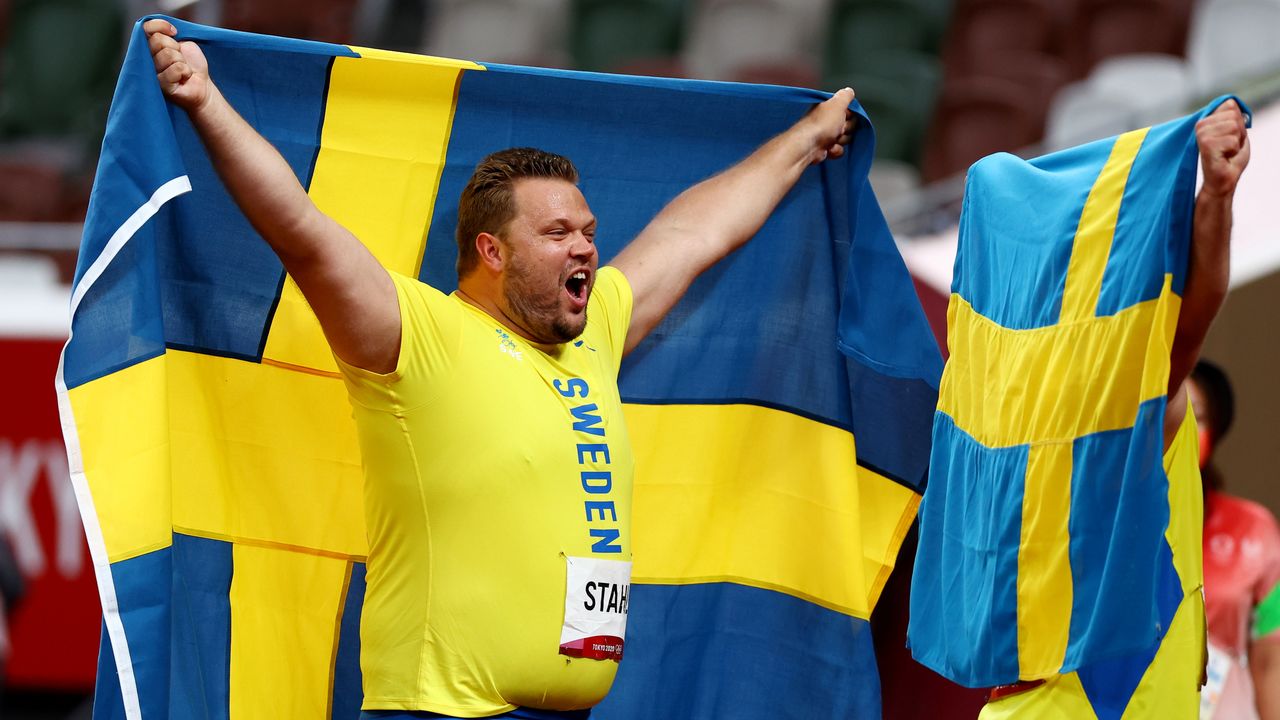 TOKYO (Reuters) -Daniel Stahl added the Olympic men's discus gold to his world championship title and his compatriot Simon Pettersson made it a one-two for Sweden on Saturday.

Stahl, 28, has finished as world leader in each season since 2016, arriving in Tokyo with a season-leading throw of 71.40m and three of the four longest throws of 2021.

He came into the final as overwhelming favourite to pick up gold and sent the discus soaring to 68.90 metres on his second attempt.

Although he could not improve on that mark, it was enough for victory. Pettersson won silver with a throw of 67.39 and Austria's Lukas Weishaidinger took bronze with 67.07.

"We are the Swedish vikings!," Stahl shouted as he posed for the cameras with his compatriot before the duo took off for a sprint carrying Swedish flags.

Pettersson's best throw came on his penultimate attempt and he roared in delight, bringing the handful of his compatriots in the stands to their feet.

"There was a lot of hard work and fun on the way. I am extremely proud," Stahl added.

"My training partner Pettersson has been working hard. We have had a lot of fun together for many years."

Australian Matthew Denny registered a personal best 67.02 in his final attempt but fell five centimetres short of a bronze medal.