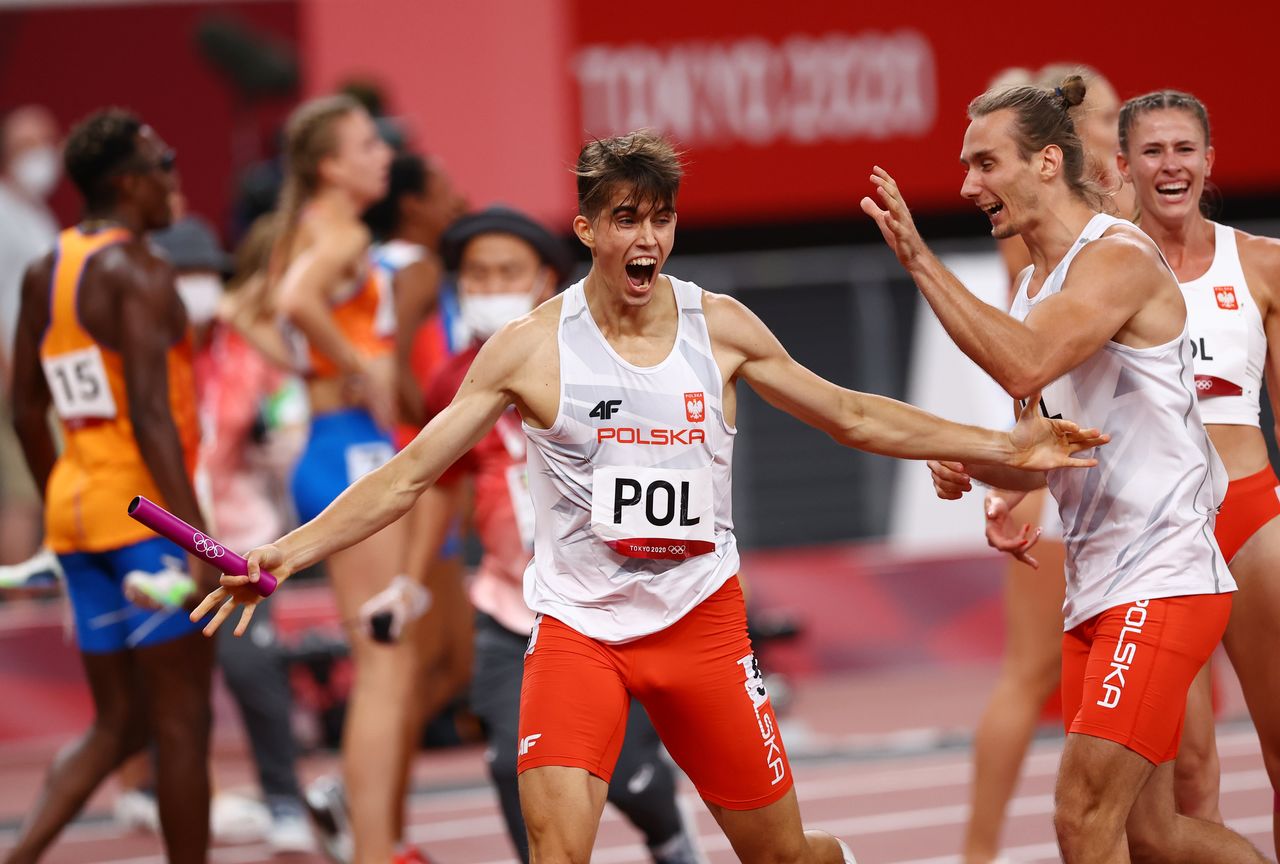 The Polish team, comprised of Karol Zalewski, Natalia Kaczmarek, Justyna Swiety-Ersetic and Kajetan Duszynski, put on a gutsy performance inside the fan-free Olympic Stadium after posting the fastest time in Friday's heats.

It was the first Olympic medal for all four team mates, who cheered and embraced as anchor leg runner Duszynski crossed the finish line in a time of three minutes and 9.87 seconds.

"I can't believe it. It is a dream since childhood. It has come true," Duszynski, 26, said after picking up Poland's first gold medal of the Tokyo Games.

The U.S. were the favourites after winning the event at the 2019 World Championships. But they almost did not make the final after they were disqualified for exchanging the baton outside the changeover zone in Friday's first round. Organisers later reinstated them, citing an official's error.

Notably absent from the U.S. relay roster was six-time Olympic gold medallist Allyson Felix, who was a part of the Americans' winning relay team in 2019 and is set to compete in the women's individual 400 metres on Tuesday in her fifth and final Games.

The event, which features two men and two women per team and made its World Championships debut in 2019, contains a certain level of unpredictability as there are no gender rules governing the order in which athletes choose to race.

Poland had experimented with its lineup in the Doha title race, placing men in the first two legs, but they finished fifth. The team opted to place its two women competitors in the middle legs of Saturday's race, as did the other eight teams.

(Reporting by Amy Tennery in Tokyo, editing by Ed Osmond and Hugh Lawson)