Shelly-Ann Fraser-Pryce, who had been seeking a third gold in the event, took silver in 10.74 with Shericka Jackson third in 10.76 at the Tokyo Olympic Stadium.

Thompson-Herah's Olympic record time has been beaten only by Florence Griffith-Joyner's 1988 world record of 10.49 - though the American also ran a 10.61.

Fraser-Pryce, 34, took time away from the sport to have a baby but arrived in Tokyo on the back of a sizzling 10.63 run - the fastest time this year.

She started the race strongly, nosing ahead of the field but Thompson-Herah caught up and after the pair raced neck and neck it was the latter who surged ahead with about 40 metres remaining.

"Last month, this time I didn't think I would stand here to retain my title. Behind that smile and that Olympic record, I'm super nervous," she said, referring to her persistent injury problems in 2018 and 2019.

"But I'm out here talking to myself, 'You've done this before, you were here before'.

"There's nothing more to prove. I have been through so much ups and downs."

Thompson-Herah, wearing a glittering headband, started celebrating before she crossed the line with her left hand raised and she continued her sprint for some distance before lying on the track in jubilation.

"I knew I had it in me (Olympic record) but obviously I've had my ups and downs with injuries," she said. "I've been keeping faith all this time. It is amazing.

"I think I could've gone faster if I wasn't pointing and celebrating early. I wanted to show that there is more in store, so hopefully one day I can unleash that.",

The organisers added to the mood of the evening by switching off the lights and lighting up the 100m stretch of the track before introducing the eight sprinters.

Six of them finished under 11 seconds in a blistering race, highlighting the impact of new shoe technology.

"To represent the way that I did, it's truly remarkable, it's my fourth Olympic Games, it's just about being committed and working hard," said Fraser-Pryce.

"I definitely have to give shoutout to Elaine for coming through and also breaking the Olympic record - that's definitely major and very good for Jamaica and Shericka as well - finishing third, it speaks of the legacy that we have in terms of sprinting in Jamaica and I'm really happy to be a part of that." 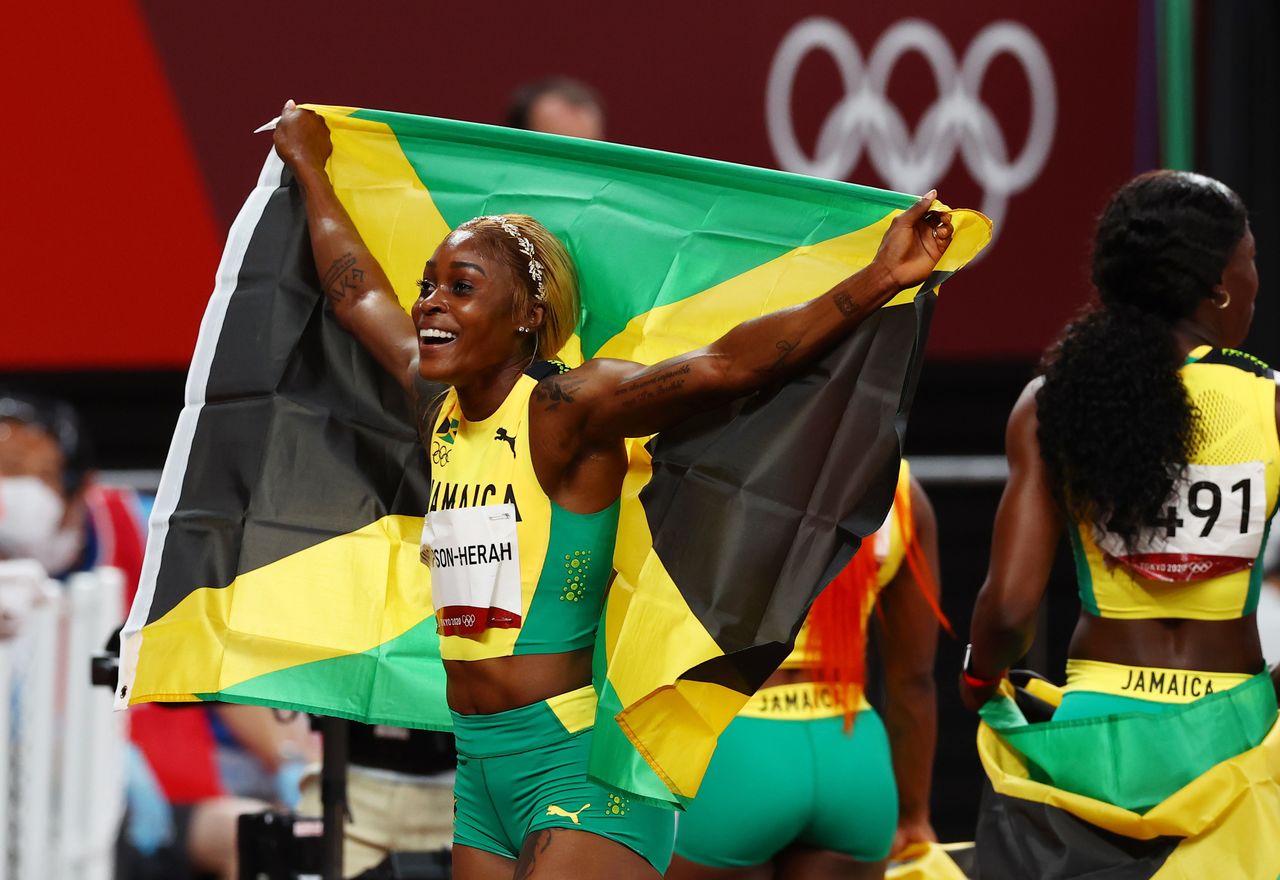 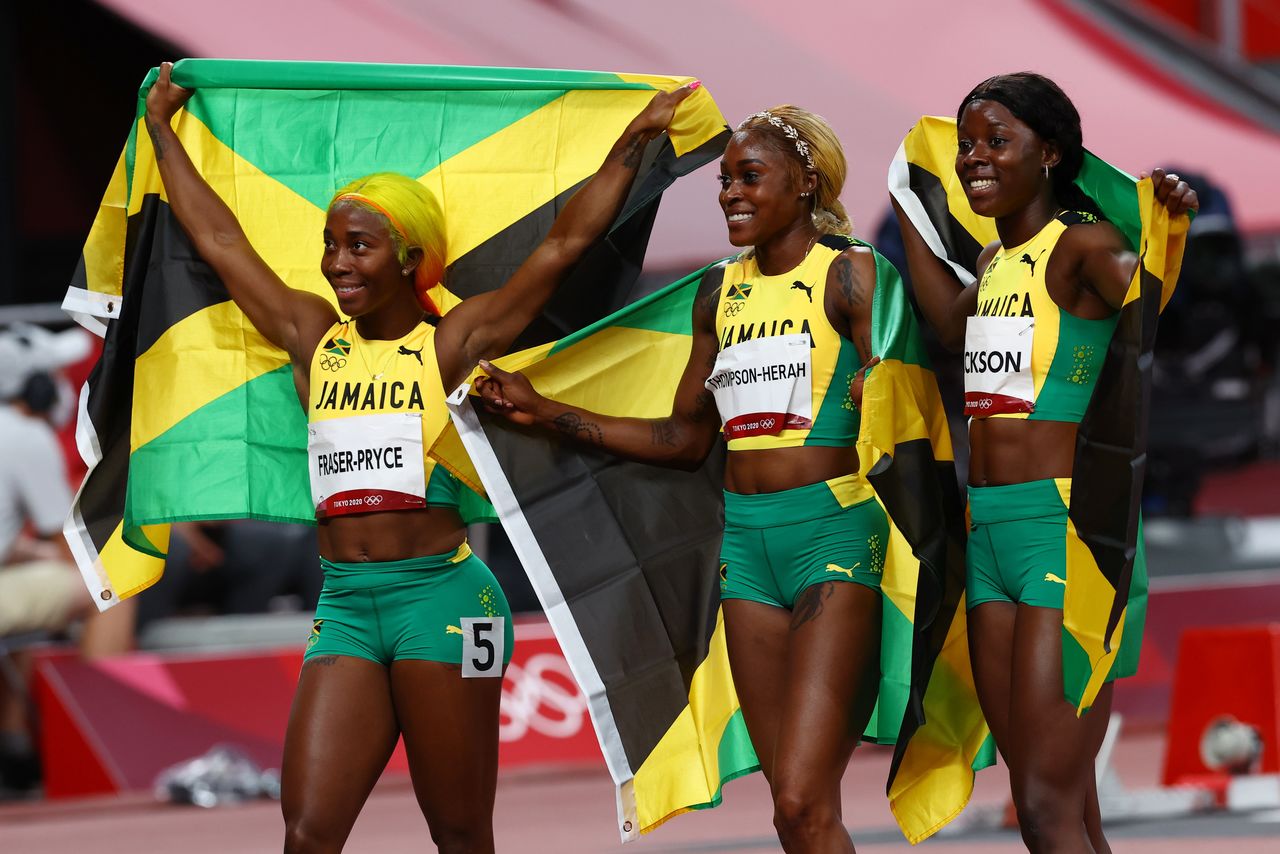 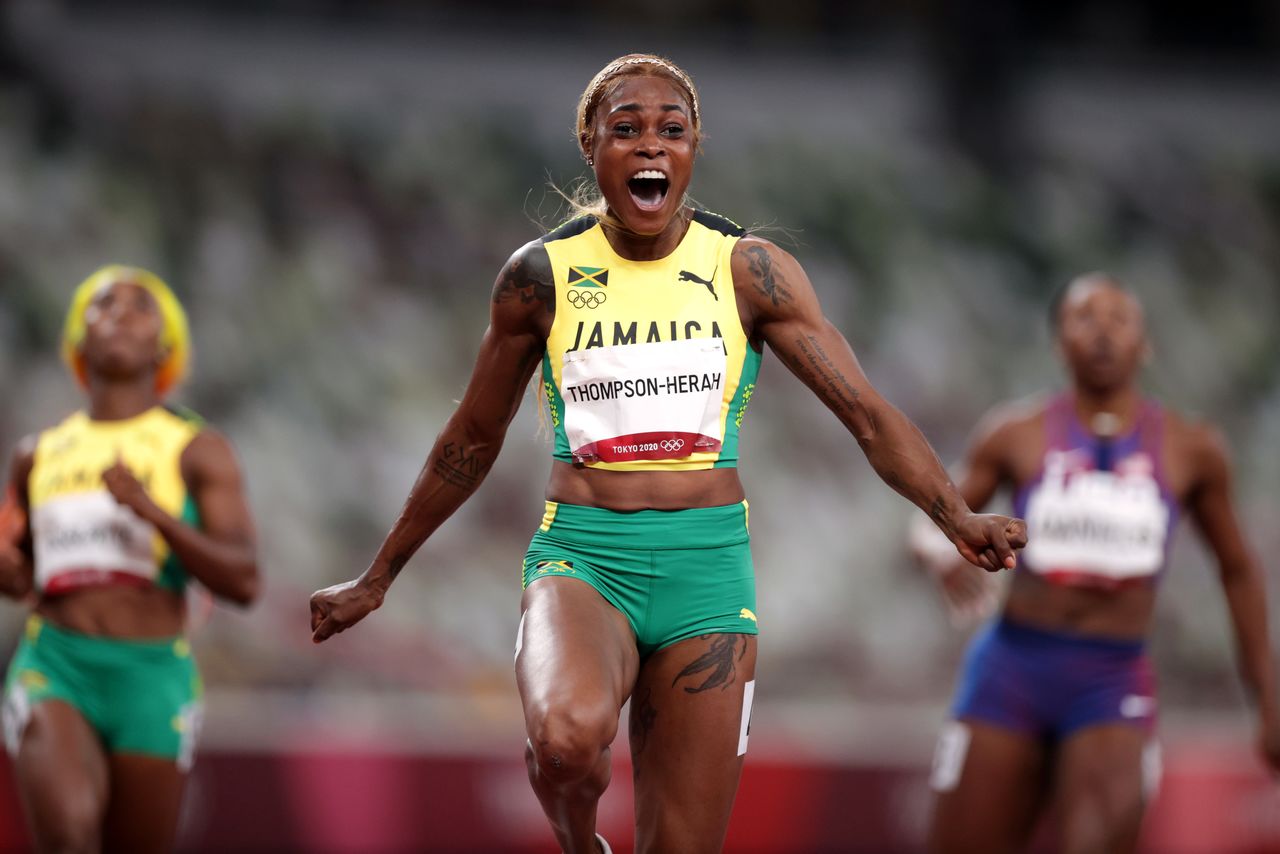 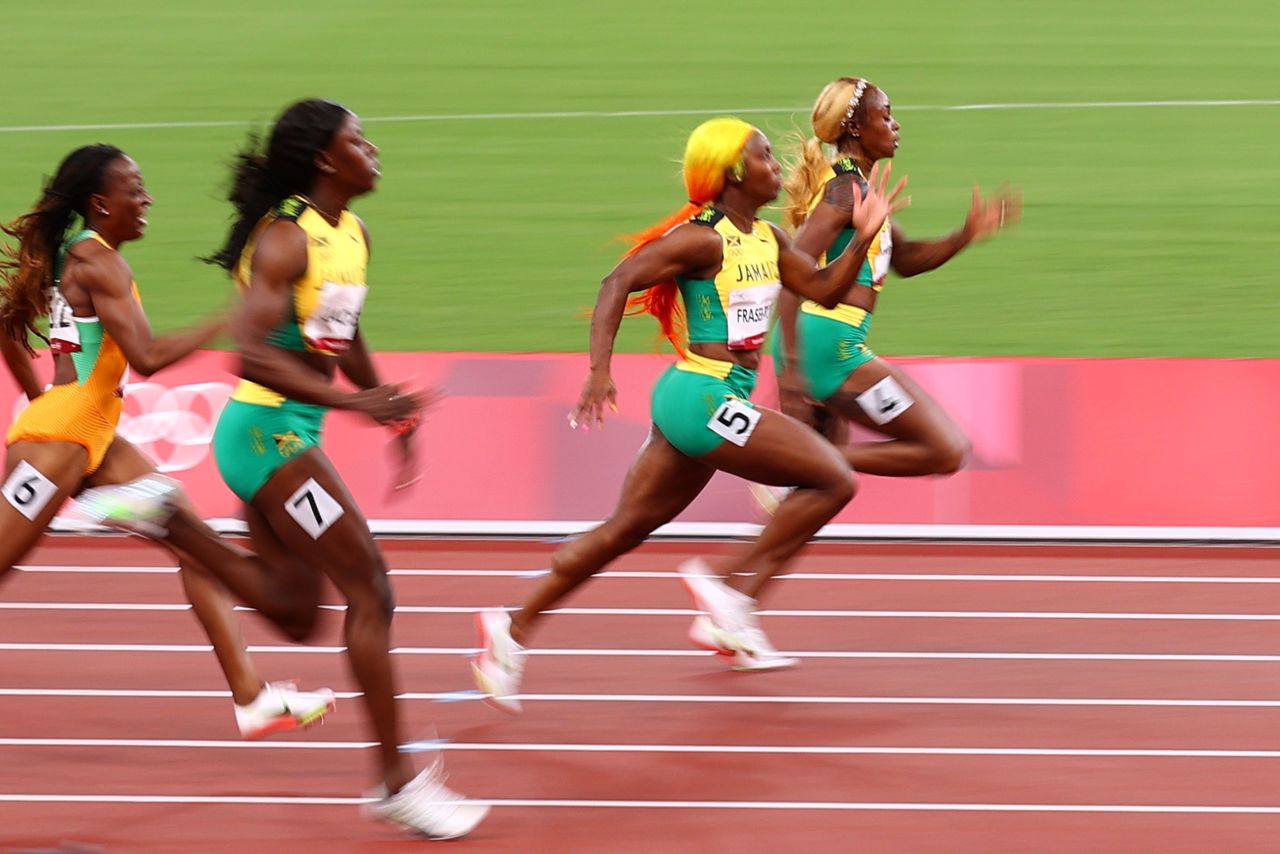