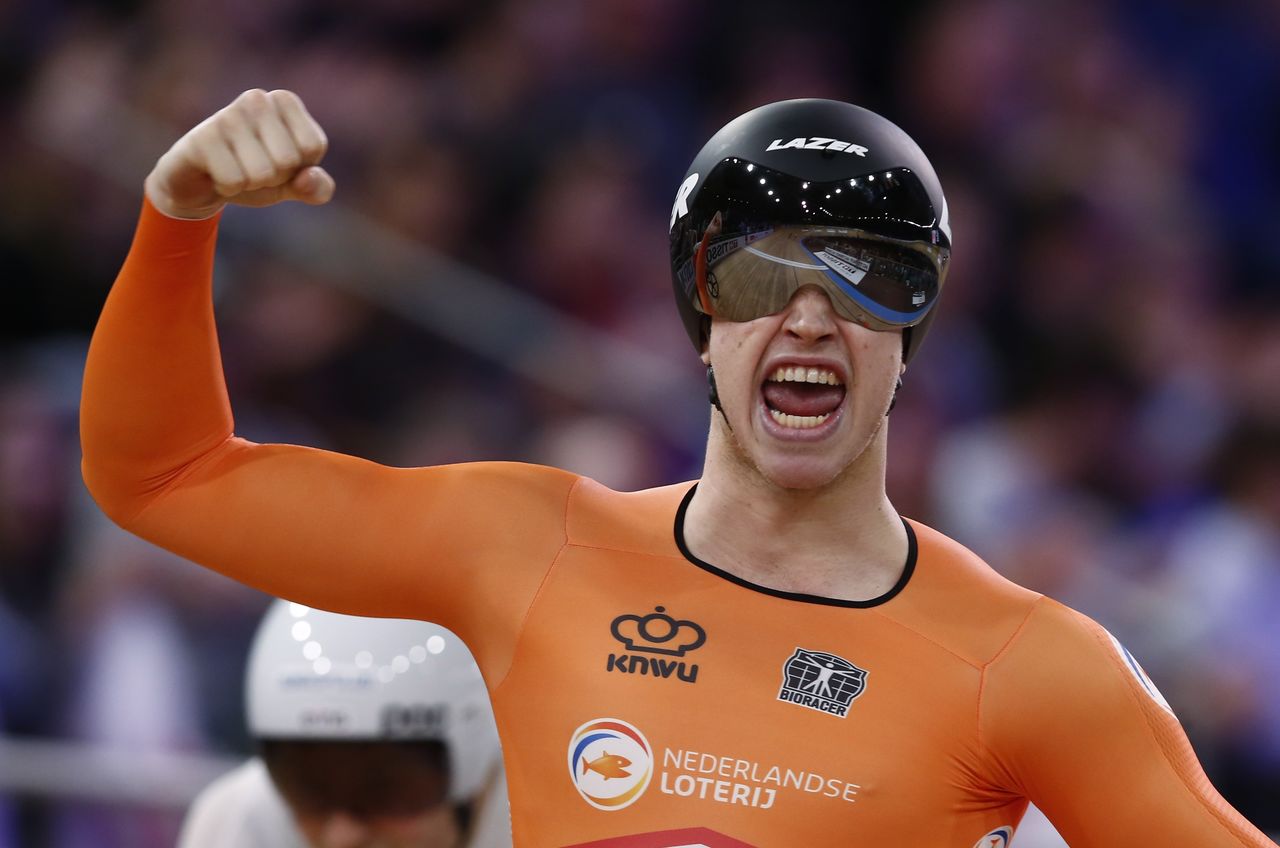 Kenny is the golden girl of British track cycling and has win every Olympic event she has entered -- winning the team pursuit and omnium at both the 2012 and 2016 Olympics.

Since Rio she has married her husband Jason, who will be trying to add to his six Olympic gold medals on the Izu track, and become a mother to son Albie.

The year-long delay to the Games might well have allowed Kenny, Britain's most-decorated female Olympian, to return to her best form after injury problems at the start of 2020 and this time she has three golds to go for.

Not only will she be powering the team pursuit squad, in what looks like being a showdown with the Americans, and the multi-event omnium in which she is a big favourite, she will compete in the Madison with Katie Archibald.

The 24-year-old Dutch flyer has become the dominant force in the sprint events and looks favourite to knock Britain's Jason Kenny off his perch in sprint, team sprint and keirin.

He was unstoppable at the Berlin world championships in 2020, winning gold in those three events.

With so few competitions since it is difficult to judge form but Britain's former track great Chris Hoy believes a Dutch sprint squad led by Lavreysen will be the ones to beat.

"I think if everything goes to the form book then it would be a huge surprise if Harry Lavreyson or Jeffrey Hoogland didn't win the men's sprint," Hoy said. "They have consistently been head and shoulders above the rest of the world for the last four years, making less and less tactical errors."

The 33-year-old is level with Hoy as Britain's greatest Olympian in terms of gold medals with six.

He swept three golds in Rio -- sprint, team sprint and keirin -- but his form at last year's Berlin world championships was poor and he failed to medal.

Kenny has proven time after time, however, that when the Olympics comes around, he raises his game and may well do again in probably his last Games.

A tragic accident ended the glittering career of German sprint great and Rio champion Kristina Vogel, but in 23-year-old Hinze they have a worthy successor.

She almost quit the sport because of back problems in 2017 but coach Aleksander Harisanow corrected her posture on the bike and she has thrived ever since.

At the Berlin world championships last year she won three golds and will be a huge threat in team sprint, sprint and keirin in her maiden Olympics.

Made history in 2020 when she became the first Japanese woman to be crowned as a world track cycling champion as she won the omnium in Berlin.

The 24-year-old from Saitama will have her work cut out to repeat that feat but on home boards could be a threat to favourites Kenny and Dutchwoman Kirsten Wild.