TOKYO (Reuters) - Defending champion Elaine Thompson-Herah delivered the first seminal moment of the Olympic athletics programme on Saturday when she became the second-fastest woman in history when leading a scorching Jamaican clean sweep of the 100 metres final.

There was a surprise gold for Poland in the first 4x400m relay, which delivered the exciting race organisers had hoped for, and a far more predictable one for Swede Daniel Stahl in the men's discus.

The men's 100 metres also got underway, with race favourite Trayvon Bromell surviving a huge scare before progressing to Sunday's semi-finals as one of the fastest losers.

Jamaica may have fallen away in that event with the retirement of Usain Bolt, but they rule supreme on the women's side, repeating their clean sweep of 2008 and bagging gold for the fourth Games in a row.

Thomson-Herah's Olympic record time of 10.61 seconds has been bettered only by the late Florence Griffith-Joyner's 1988 world record of 10.49 - though the American also ran a 10.61.

Shelly-Ann Fraser-Pryce, who had been seeking a third gold in the event a the age of 34 after taking time out to have a baby, took silver in 10.74 with Shericka Jackson third in 10.76.

The sparkling times are no doubt a reflection of the new carbon-soled spikes that are starting to make historical time comparisons difficult.

However, there is no question about the medals, as Thompson-Herah, who also won the 200m in 2016, has two golds and Fraser-Pryce two golds, a silver and a bronze.

"I couldn't find the words. I screamed so loud because I was so happy," said Thompson-Herah, who will also attempt to retain her 200m title in Tokyo.

"Last month I didn't think I would stand here to retain my title. I've struggled with my (Achilles) injury for five years and for me to stay focused, hold my composure...there's nothing more to prove."

Britain's 200m world champion Dina Asher-Smith, expected to be one of the main challengers in that race, failed to make the 100m final before announcing she had withdrawn from the Games due to a hamstring injury.

If the women's race went just about to plan, the men's looks even more open than it did before the heats as Bromell, the fastest in the world this year, sneaked through the first round as a fastest loser after a lumpy fourth-place finish in 10.05.

In the post-Bolt era, the U.S. are desperate to regain the title they last claimed in 2004, and Ronnie Baker and Fred Kerley both looked good in progressing.

Canada's Andre de Grasse, bronze medallist in 2016, was the fastest qualifier with 9.91 seconds but Jamaica's struggles continued as Yohan Blake and Oblique Seville had to work hard, while trials winner Tyquendo Tracey did not make the start line.

The 4x400 mixed relay delivered the hoped-for excitement as four countries, all with men as anchors, charged for the line.

Poland edged clear to take their first gold in any sport in Tokyo, with Dominican Republic squeezing through for silver.

The United States, favourites for the race after being reinstated following a heats disqualification on Friday, were third.

Stahl added Olympic gold to his world title with a throw of 68.90 metres, leading a Swedish one-two with Simon Pettersson (67.39).

"We are the Swedish vikings," Stahl roared before taking his considerable frame for one of the least athletic laps of honour seen in an athletics stadium for a long time.

The sport had its first two doping cases on Saturday, both African sprinters. Nigerian Blessing Okagbare, a real medal hope in both women's races, was suspended after testing positive for human growth hormone before the Games, while Kenya's Mark Otieno was pulled from the men's 100m hours before the start after a positive test.

The wide-open men's 100m final is the undoubted highlight of Sunday's programme but there are also medals up for grabs in the men's shot, men's high jump and women's triple jump. 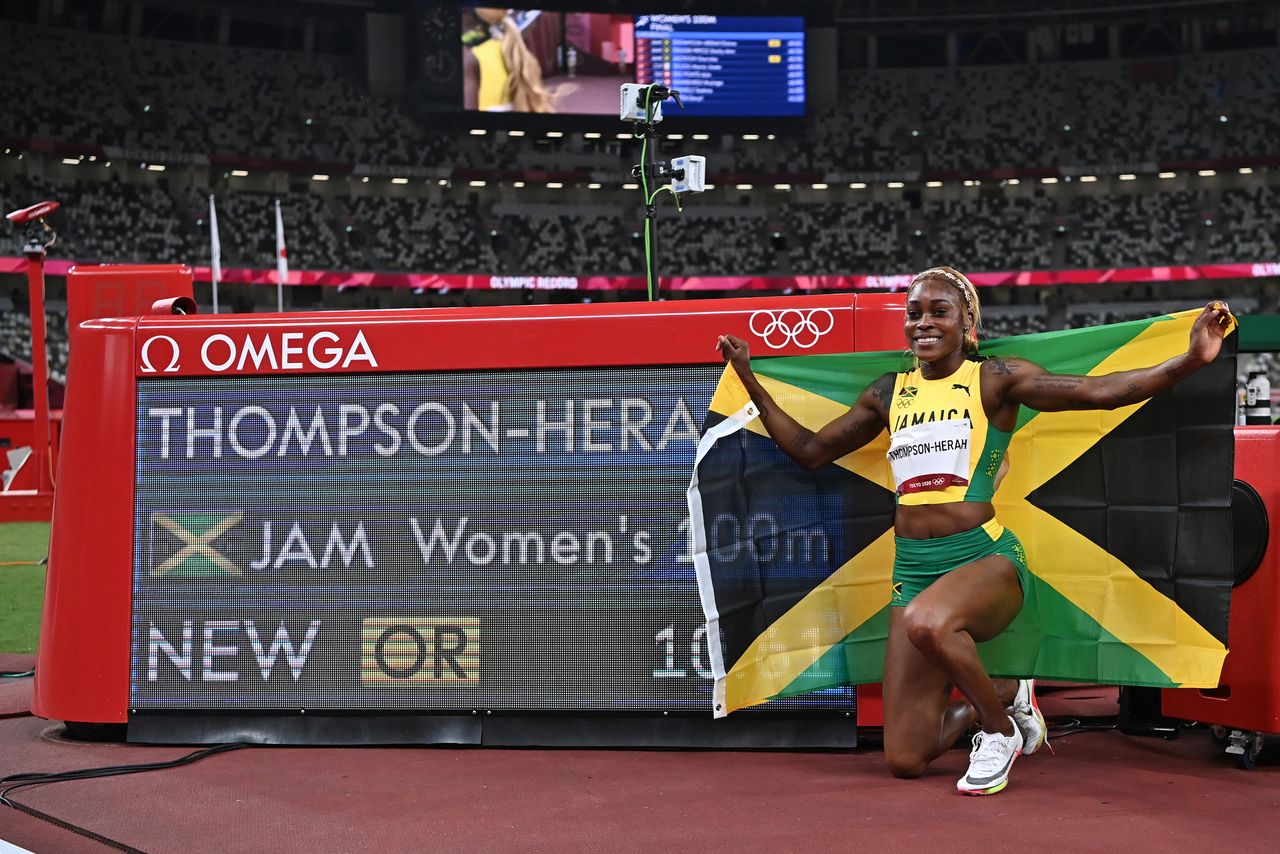 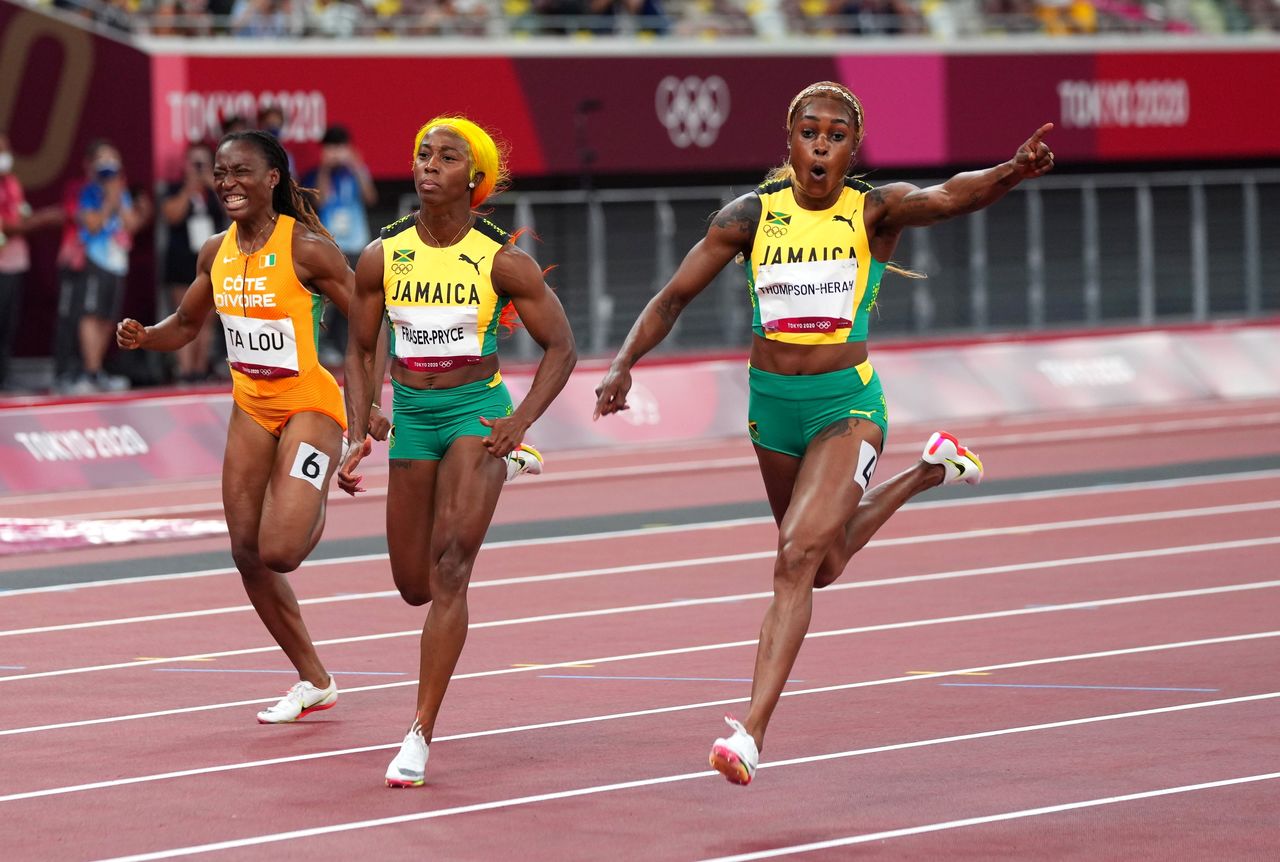 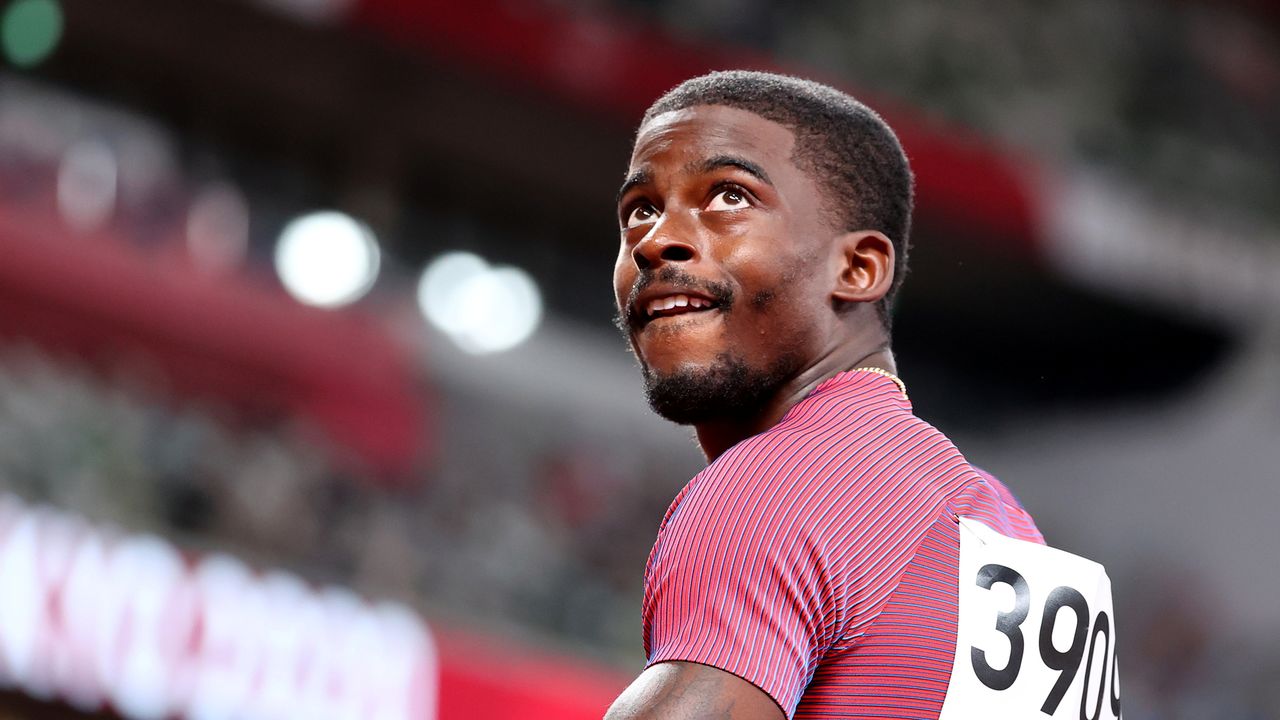