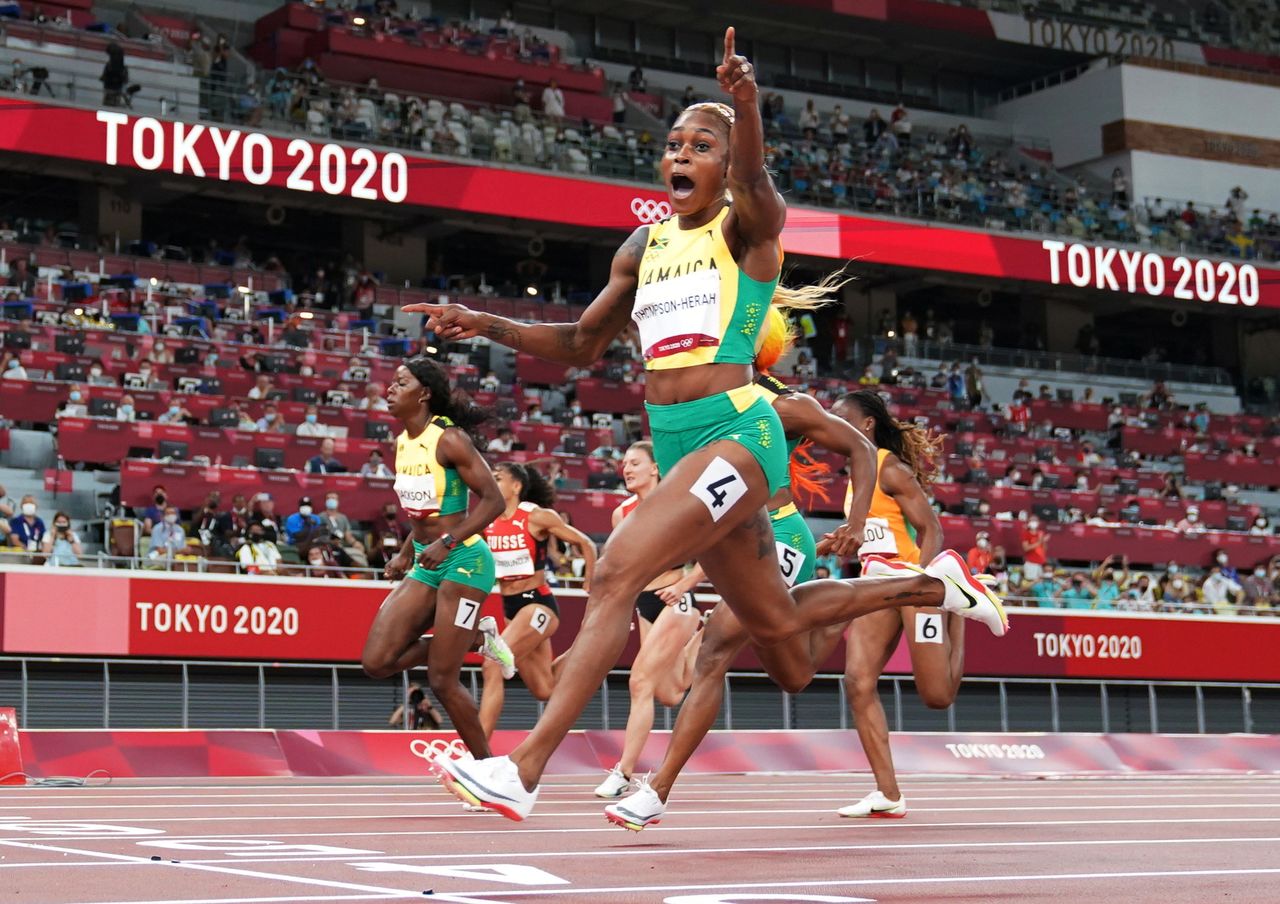 (Reuters) - "Almost perfect" - that's how Jamaican sprint coach Stephen Francis described Elaine Thompson-Herah's performance as she retained her 100 metres title at the Tokyo Olympics in a scorching 10.61 seconds to become the second fastest woman ever.

"Almost perfect, but we'll work on it," Francis said when he greeted Thompson-Herah in the halls of the Tokyo Olympic Stadium.

Thompson-Herah led a Jamaican clean sweep of the medals, with Shelly-Ann Fraser-Pryce finishing second in 10.74, while Shericka Jackson claimed bronze in a career-best 10.76.

When asked why the performance was not perfect, Francis told the Jamaica Gleaner: "Not the time, but the execution.

"I think she was a bit hesitant at the start, but the middle part was as I had wanted it to be."

Thompson-Herah's Olympic record time has been beaten only by Florence Griffith-Joyner's 1988 world record of 10.49 - though the American also ran a 10.61.

The victory carried Thompson-Herah into elite company as only the fourth woman to win back-to-back 100 m Olympic titles along with compatriot title Shelly-Ann Fraser-Pryce, and Americans Wyomia Tyus and Gail Devers.

Francis was particularly proud of Thompson-Herah's blazing sprint as she had to overcame a number of challenges since first striking Olympic gold in Rio, including an Achilles tendon injury which prevented her from finishing among the medallists at the last two world championships.

"We have had to try to attack it (Achilles injuries) with technology, research, especially during the (COVID-19) pandemic when it was difficult to get overseas treatment," he said.

"Sometime in about March, April, we had to try a new tactic, a new treatment methodology, and slowly but surely, it paid off."

Despite Thompson-Herah’s win, Francis was not about to get carried away.

"Well I mean I've won many of them...I think this is the fourth one, it's obviously satisfying, but sometimes we don’t really spend much time looking back, rather we try and see how we can get on in the future," he said.

Francis previously coached Fraser-Pryce to back-to-back Olympic 100m titles in 2008 and 2012 as well as a number of titles at the world championships.

Francis remained confident that the 29-year-old Thompson-Herah, who will be bidding to complete the 100-200m Olympic double for the second time, can go even faster.

"I’m not one to do time predictions but it was a minus 0.6 head-wind, so who knows, I don't know if she'll get this type of environment again.