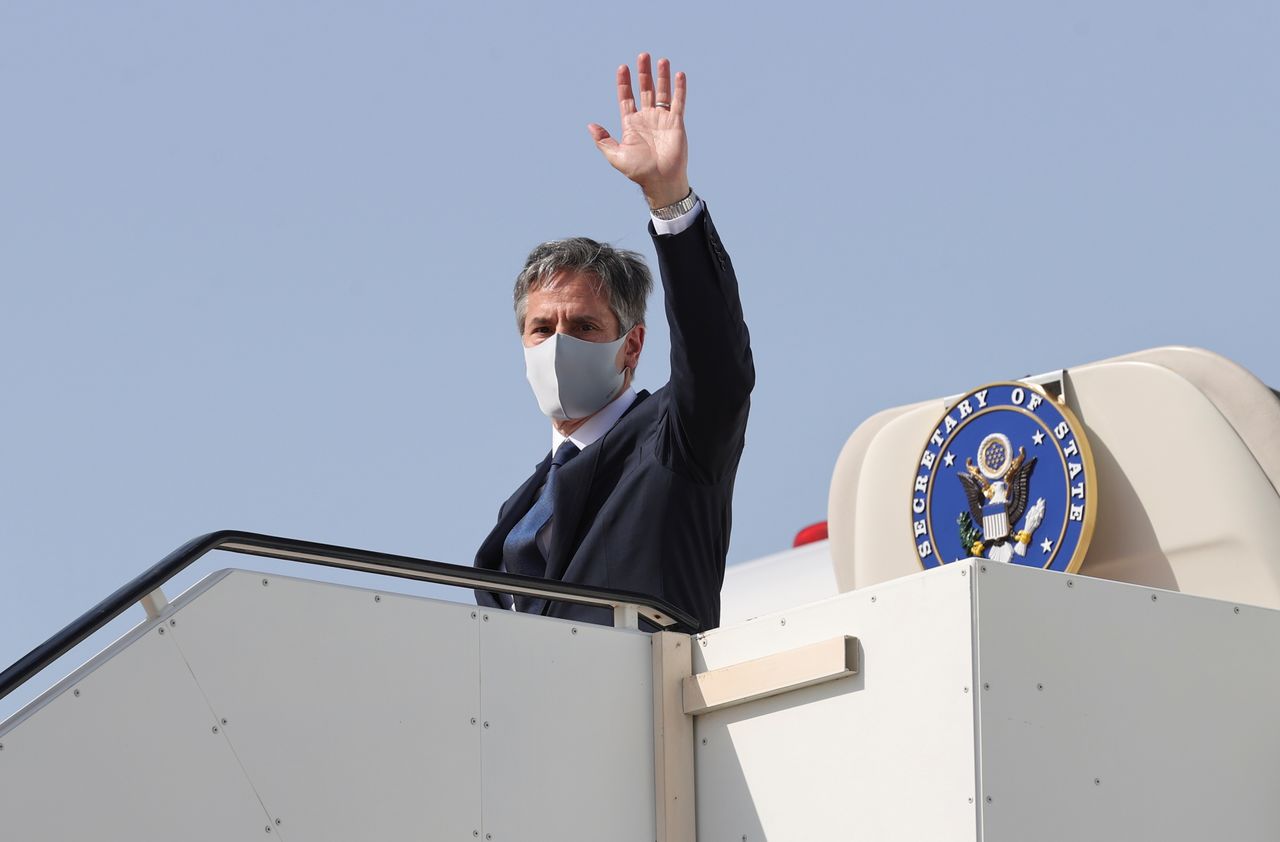 By Daphne Psaledakis and Simon Lewis

WASHINGTON (Reuters) - U.S. Secretary of State Antony Blinken will meet virtually with Southeast Asian officials every day next week, a senior state department official said on Saturday, as Washington seeks to show the region it’s a U.S. priority while also addressing the crisis in Myanmar.

The top U.S. diplomat will attend virtual meetings for five consecutive days, including annual meetings of the 10 foreign ministers of the Association of Southeast Asian Nations and other nations and separate meetings of the Lower Mekong subregion countries Myanmar, Cambodia, Laos, Vietnam and Thailand.

"I think it's a clear demonstration of our commitment to the region," said the official, who briefed Reuters on condition of anonymity.

In recent years top U.S. officials have not always attended ASEAN meetings and have sometimes sent more junior officials to the region's summits.

The virtual meetings come after the Biden administration in its early days was seen as paying little attention to the region of more than 600 million people, which is often overshadowed by neighboring economic giant China, which the administration sees as its major foreign policy challenge.

But that has been partly addressed by recent visits to the region. Deputy Secretary of State Wendy Sherman visited Indonesia, Cambodia and Thailand in May and June, Defense Secretary Lloyd Austin was in Vietnam and the Philippines this week, and Vice President Kamala Harris is set to visit Singapore and Vietnam.

"That steady flow of high-level engagement is going to pay dividends. It's noticed," the official said, adding that countries in the region "notice when we don't show up and that's when you start hearing some complaining maybe about not taking them seriously or taking them for granted."

The official said that donations of COVID-19 vaccines to the region had been a "game changer in terms of how our image is perceived."

On Sunday, the United States shipped 3 million doses of the Moderna COVID-19 vaccine to Vietnam and it has sent doses to other Southeast Asian countries too, but an agreement it reached in March with Japan and Australia and India to provide a billion doses to the region stalled due to an Indian export ban

By mid-next week the United States will have donated 23 million doses to countries in the region, which is experiencing a surge of the coronavirus with vaccination rates well below countries in the West, the official said.

But none of those doses have gone to Myanmar, formerly known as Burma, where military generals staged a coup on Feb. 1 and detained elected leaders including Nobel Laureate Aung San Suu Kyi, sparking sanctions from Washington and other Western capitals.

"We're not prepared to walk away from ASEAN because of the bad behavior of a group of generals in Burma," the official said, adding that U.S. officials were also engaging with the National Unity Government that opposes the military government there.