TOKYO (Reuters) - India reached the semi-finals of the men's hockey tournament at the Olympics for the first time since 1972 thanks to a 3-1 win over Britain on Sunday to set up a showdown with Belgium at the Tokyo Games.

Australia and Germany will contest the other semi-final.

India, who won the last of their eight Olympic hockey gold medals at the 1980 Moscow Games, led 2-0 at halftime thanks to goals by Dilpreet Singh and Gurjant Singh. After conceding a goal in the 45th minute, India sealed the win when Hardik Singh made it 3-1 with just minutes left to play.

"We are so happy because after a long time we are reaching a semi-final," said India playmaker Manpreet Singh.

"We still have two more games so ... we need to have our feet on the ground."

Belgium ended Spain's run with a 3-1 victory, including two goals from top-scorer Alexander Hendrickx, who played with a bandage around his head to protect a wound on his forehead https://www.reuters.com/lifestyle/sports/hockey-top-scorer-hendrickx-roars-back-after-six-stitches-harry-potter-like-cut-2021-08-01.

Earlier on Sunday, Australia reached the semi-finals by beating the Netherlands in a penalty shootout in sizzling Tokyo heat, while Germany overcame Argentina.

A powerful performance by goalkeeper Andrew Charter, who kept a clean sheet in the shootouts - won 3-0 by Australia after the score was 2-2 at the end of regular playing time - helped the Kookaburras win the match.

"It's bloody amazing," said Charter. "To come out here and carry the burden for a bit, it's good for my confidence and it's good for the team defensively moving forward."

The Australians had pulled ahead twice in the game, thanks to two goals by Tom Wickham, only to see the hard-fighting Dutch side equalise through goals by Mink van der Weerden and Jeroen Hertzberger.

The result meant the Dutch men's squad will not feature in the semi-finals of the Olympic hockey tournament for the first time since 1984.

Germany opened the score against Olympic champions Argentina in the 19th minute when defender Lukas Windfeder shot a penalty corner low and hard at the left side of the goal, leaving Argentina goalkeeper Juan Vivaldi no chance to stop the ball.

The German side added to their advantage in the second half after scoring through another penalty corner. The fourth quarter saw one goal from each side, including Windfeder's second, leaving the final score at 3-1.

"It's hot weather and hot-minded Argentina, and we just want to keep it cool and play our German style, and I think we did exactly that," said forward Christopher Ruhr. (This story corrects milestone to 1972, not 1980, in first paragraph) 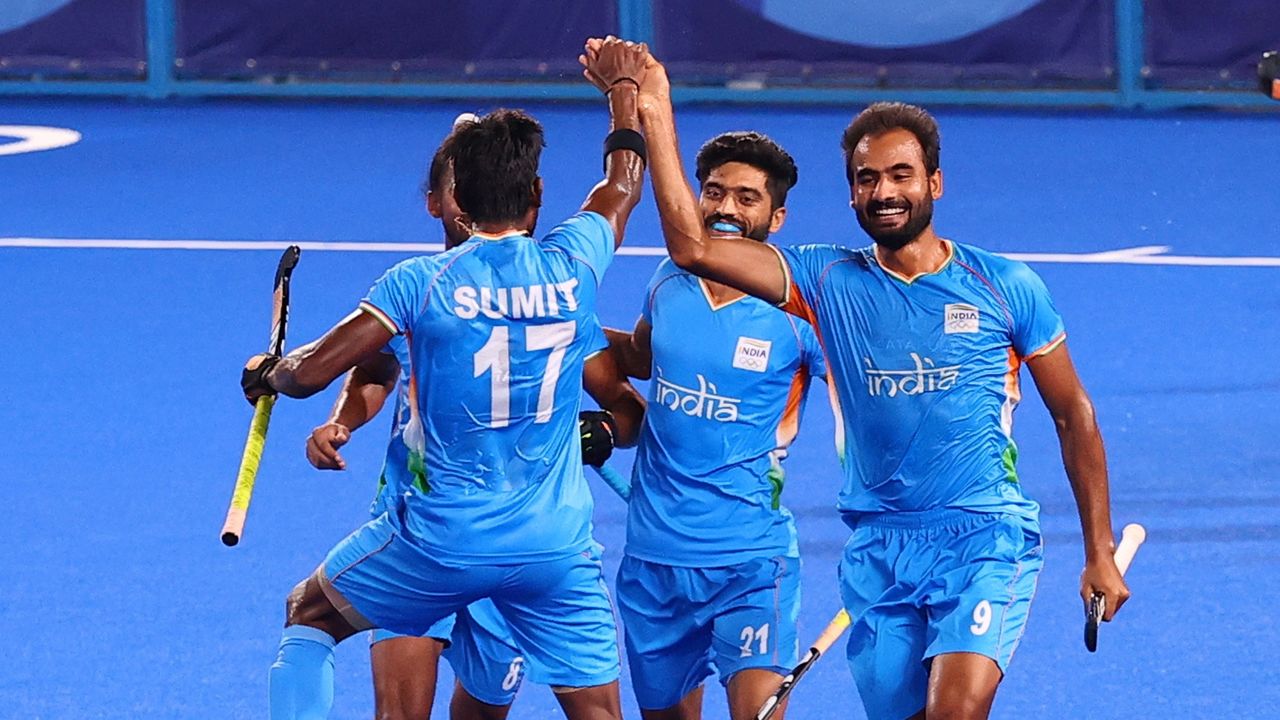 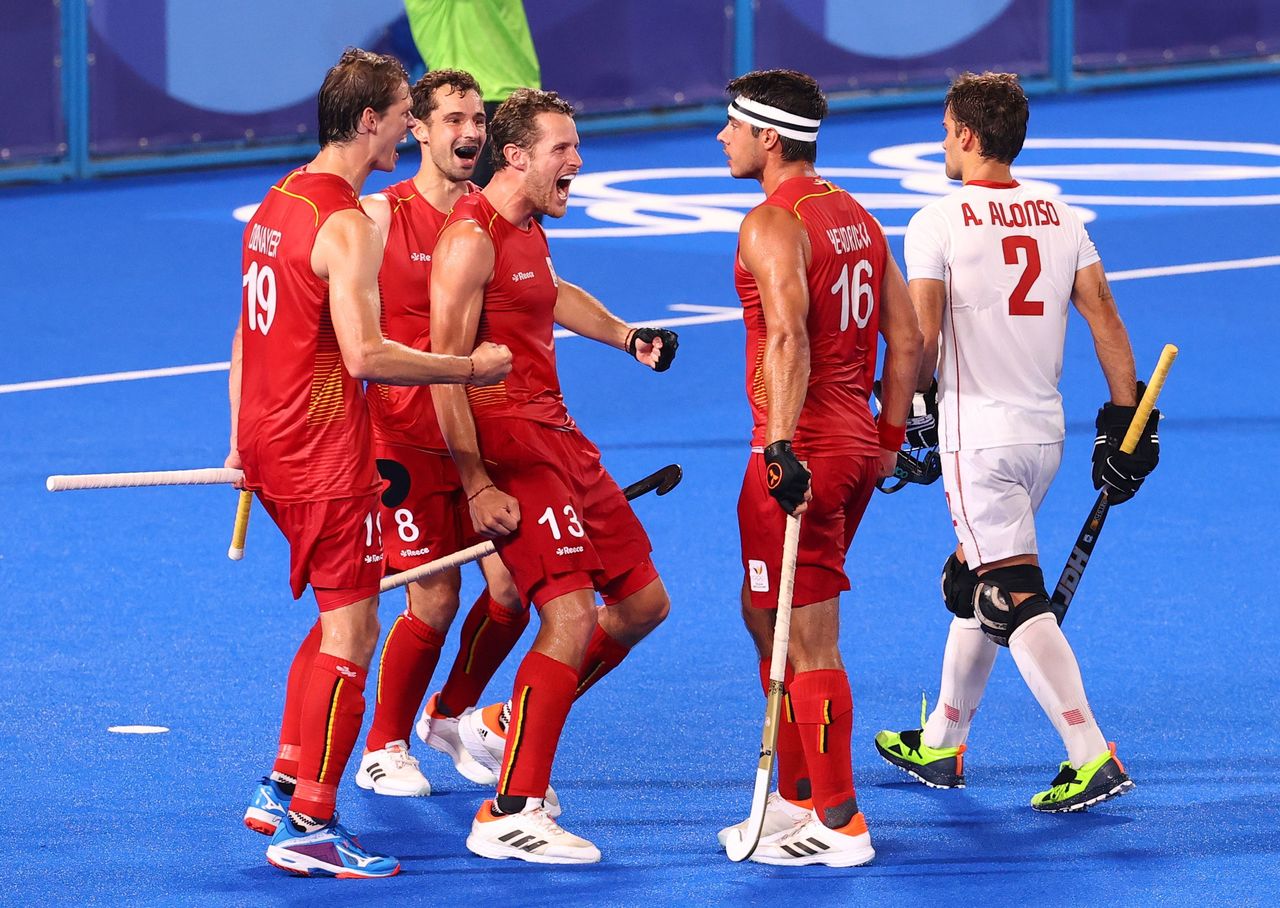 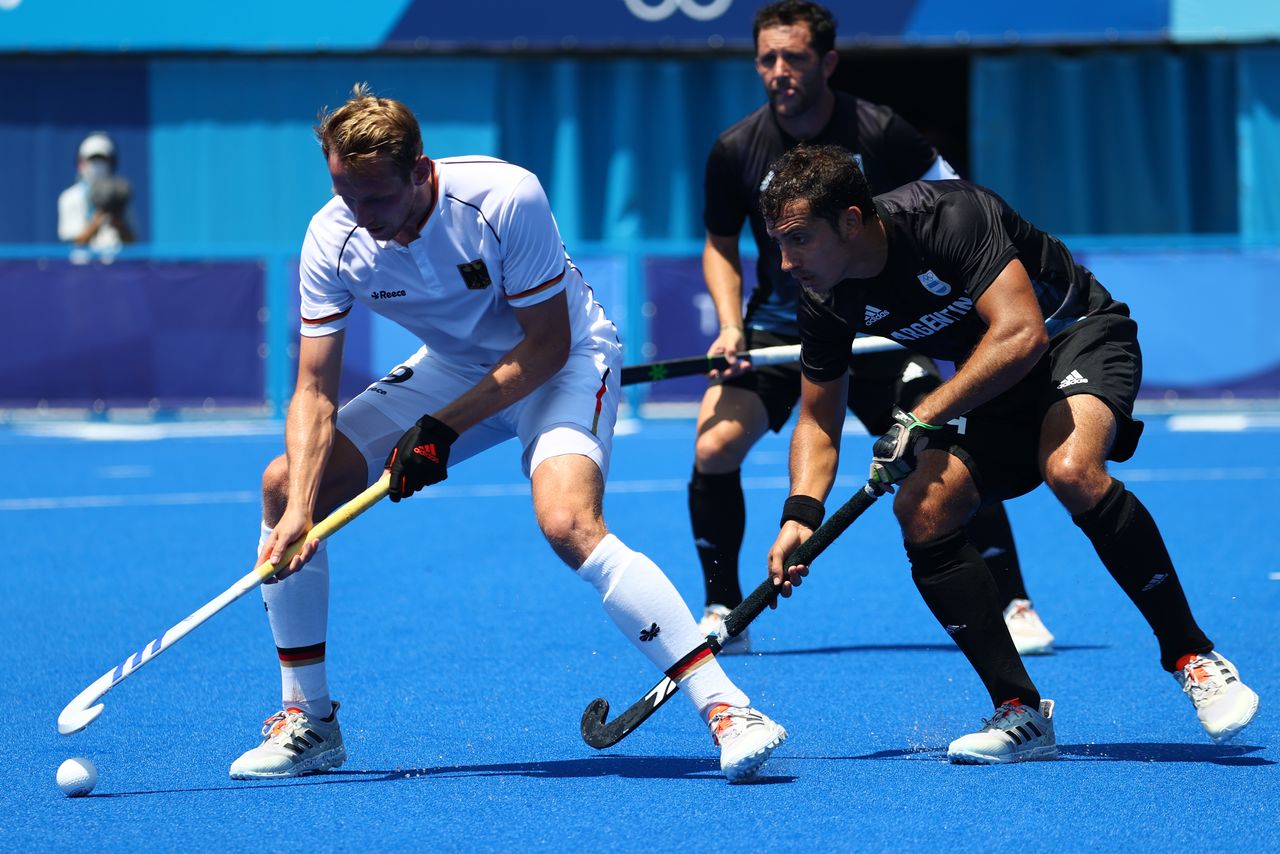 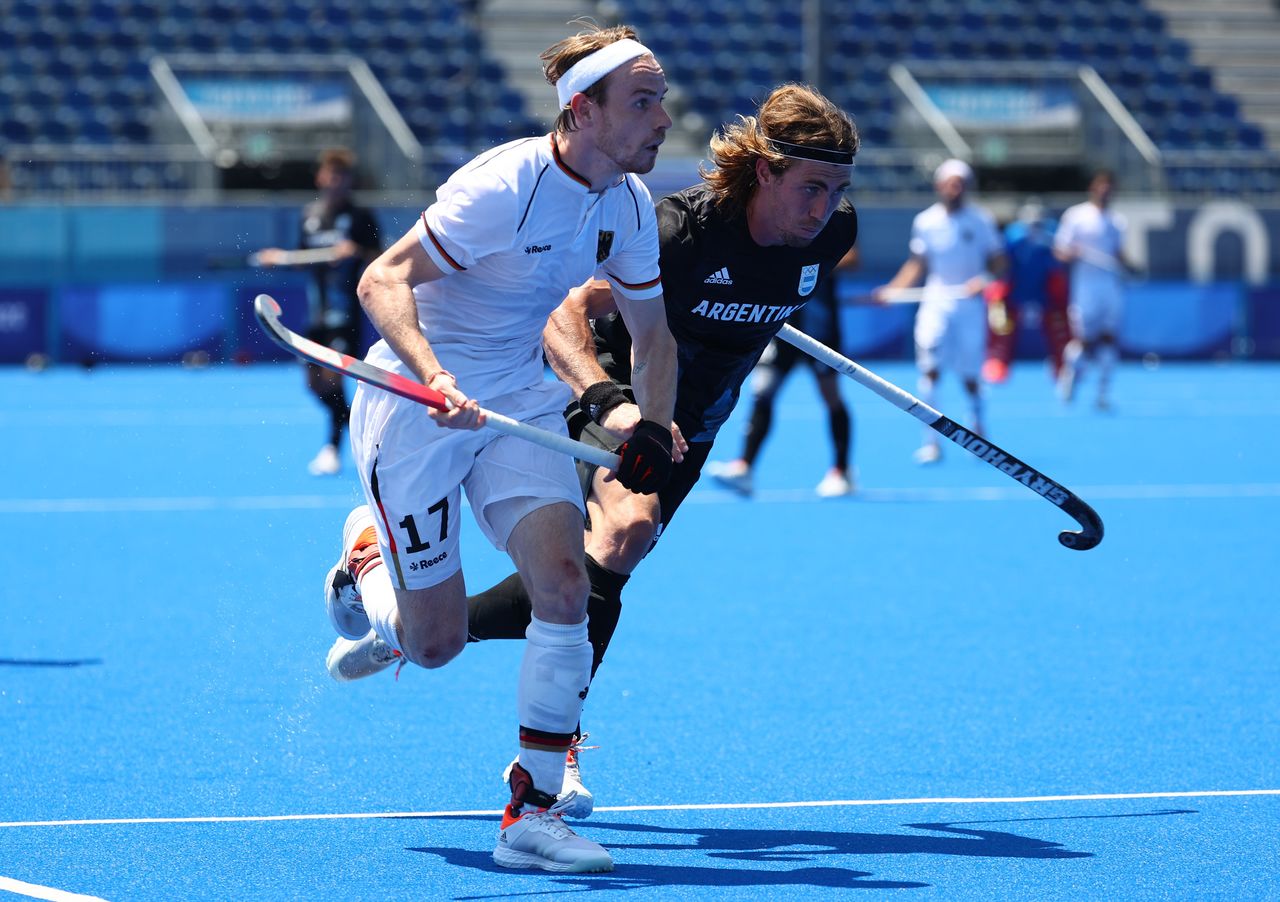