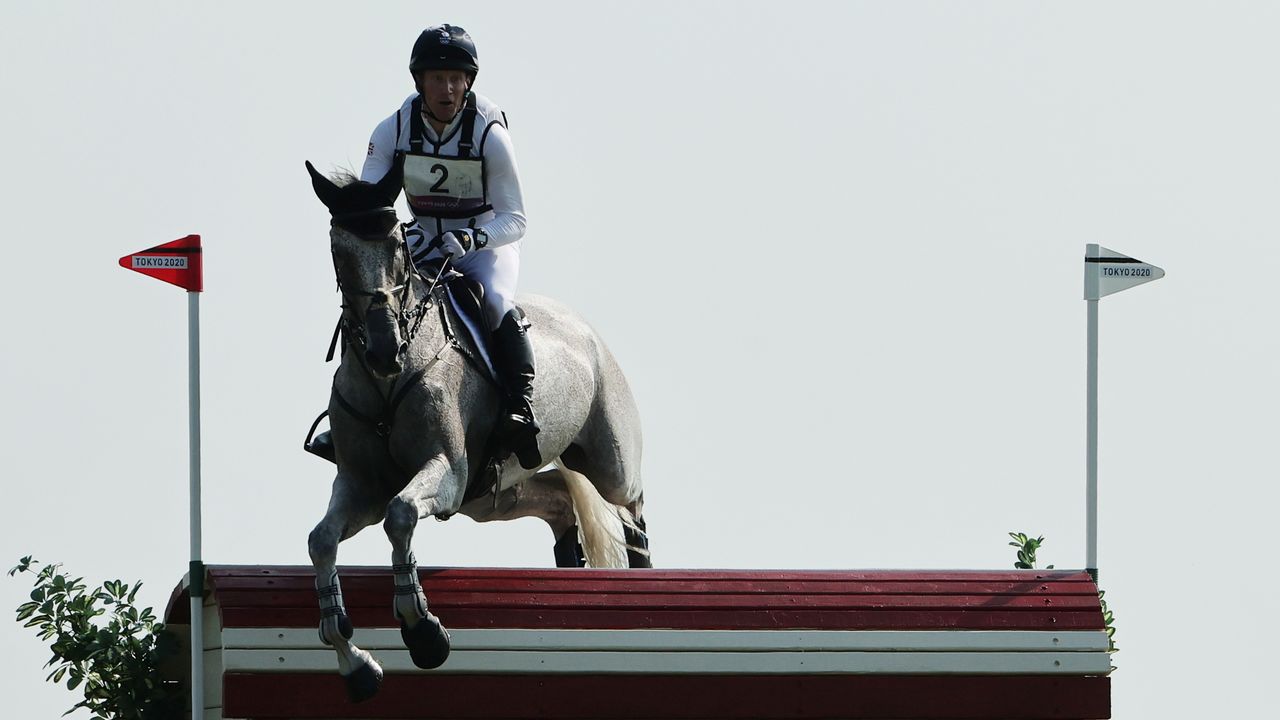 (Corrects spelling of Townend in par 4)

TOKYO (Reuters) -Britain’s world number one Oliver Townend on Sunday took the lead in the equestrian eventing, keeping a clean sheet on the cross-country course, while reigning Olympic champion Michael Jung from Germany fell back to a disappointing 10th place.

After completing two of the three disciplines making up eventing - also known as horse triathlon - Britain is on course for team gold, with Australia in the silver medal position and France in bronze.

After dressage and cross-country, the show jumping on Monday will also decide whether Germany’s Julia Krajewski can retain her individual silver medal position and Britain’s Laura Collett can hold onto bronze.

“A couple of places I thought he’s in control and I’m not,” Townend laughed, referring to his horse Ballaghmor. “He wants to do his job more than most horses.”

Jung, who bagged individual gold both at the Rio and London Games and celebrated his 39th birthday on Saturday by coming first in the dressage test https://www.reuters.com/lifestyle/sports/equestrian-german-birthday-boy-michael-jung-takes-eventing-lead-2021-07-31/#:~:text=TOKYO%2C%20July%2031%20(Reuters),of%20the%20three-test%20discipline, was penalised after knocking down an obstacle in the cross country event - a 4.4 km (2.7 mile) course dotted with 36 fences, drop-offs and ponds to negotiate at speeds of around 34 km per hour (21 miles per hour).

“I am certainly disappointed about the 11 (penalty) points. We have to continue to fight more than ever and ride a double-zero (penalty points) tomorrow,” Jung said after his ride.

“He certainly touched the corner a little bit but by no means in such a way that I would have expected it to fall. And only when I galloped on, I suddenly heard a bang and looked back and gulped a bit: ok the pole is down,” Jung said, referring to his horse Chipmunk.

New Zealand’s world number two Tim Price rode to fourth place both individually and with his team, which includes his wife Jonelle, the world number seven.

Equestrian sports do not differentiate between athletes and horses on the basis of gender or sex and athletes over the age of 50 often win medals.

Thailand’s Arinadtha Chavatanont crashed into a water feature after her horse slipped when landing on a small piece of land between the obstacle and the pond. Both rider and horse were fine but it spelled the end of the country’s dreams of a medal for its first ever team in the sport.

Sweden’s Therese Viklund was also eliminated after she fell off her one-eyed horse Viscera, her airbag vest inflating to cushion her fall.