By Gabrielle Tétrault-Farber and Mitch Phillips

TOKYO (Reuters) -Lamont Marcell Jacobs won the most coveted crown in athletics on Sunday, giving Italy its first 100 metres gold on a night of high drama in Tokyo.

As Jacobs stormed https://www.reuters.com/lifestyle/sports/athletics-italys-jacobs-takes-stunning-100-metres-gold-2021-08-01 to the first Olympic title of the post-Usain Bolt era, the fate of a Belarusian sprinter's Tokyo Games was playing out at a nearby airport.

Krystsina Tsimanouskaya, who had been due to compete in the women's 200 metres on Monday, told Reuters she had sought the protection of Japanese police https://www.reuters.com/lifestyle/sports/exclusive-olympics-belarusian-athlete-says-she-was-taken-airport-go-home-after-2021-08-01 at Tokyo's Haneda airport after being taken to the airport against her wishes.

She said the Belarusian coaching staff had taken her to the airport to board a flight back home after she had complained about national coaches at the Tokyo Olympics.

"I will not return to Belarus," she told Reuters in a message over Telegram.

The Belarusian Olympic Committee said in a statement that coaches had decided to withdraw Tsimanouskaya from the Games on doctors' advice about her "emotional, psychological state".

In a video published on Telegram by the Belarusian Sport Solidarity Foundation, Tsimanouskaya asked the International Olympic Committee to get involved in her case.

A Reuters photographer witnessed the athlete standing next to Japanese police.

"I think I am safe," Tsimanouskaya said. "I am with the police."

"I've won an Olympic gold after Bolt, it's unbelievable," said the sprinter, who was born in the United States but moved to Europe with his Italian mother when he was a month old.

Gianmarco Tamberi made it double gold for Italy with an emotional, and unusual, high jump victory https://www.reuters.com/lifestyle/sports/athletics-qatars-barshim-italian-tamberi-share-mens-high-jump-gold-2021-08-01 in a night to remember.

Tamberi, who broke his ankle days before the Rio de Janeiro Games in 2016, hugged everyone he could find on the track. Draped in an Italian flag, he was also the first to embrace Jacobs after his 100m win.

"This is a bit of history that will stay with me forever. I will tell my kids, if I have them. I will never sleep again," he said.

Italy ended the day in the top 10 of the Olympics medal tally with four golds. China was on top with 24 golds, the United States second with 20. Japan were third with 17 and Australia fourth with 14.

It was a day of firsts across Tokyo's sporting arenas. In gymnastics, Artem Dolgopyat won the men's floor https://www.reuters.com/world/middle-east/gymnastics-dolgopyat-wins-floor-exercise-israels-first-gold-2021-08-01, delivering Israel's first Olympic title since 2004, and only second ever.

Rebeca Andrade, a surprise silver medallist in the all-around, went one better in the vault to give Brazil its first ever women's title in gymnastics.

American Simone Biles was not competing, having earlier announced her decision to also pull out of Monday's floor exercise final as she continued to deal with the mental health issues that have limited her to a single vault in Tokyo.

Emma McKeon continued Australia's success on the final day of competition in the pool to become the first female swimmer to win seven medals at a single Olympic Games when she won golds in the 50m freestyle and 4x100 medley relay.

Ghana celebrated its first individual medal in almost half a century when featherweight boxer Samuel Takyi overpowered his Colombian opponent Ceiber Avila to guarantee himself at least a bronze.

Caeleb Dressel helped Team USA to rise up the medal rankings and confirmed his dominance in men's sprint swimming when he won his fifth medal at the Tokyo Aquatics Centre.

As the swimming ended, the celebrations promised to be more muted at the Tokyo Game than in previous years after organisers said they were investigating a report of athletes breaching COVID-19 health protocols by drinking in a park in the village.

"We're all fine with putting off any celebrating," said U.S swimmer Ryan Murphy.

"We love this team. We love to celebrate with this team. We're not going to be in a gathering where other people are there. We're going to continue to be safe and make sure the Japanese public feels safe with us being here until we're gone." 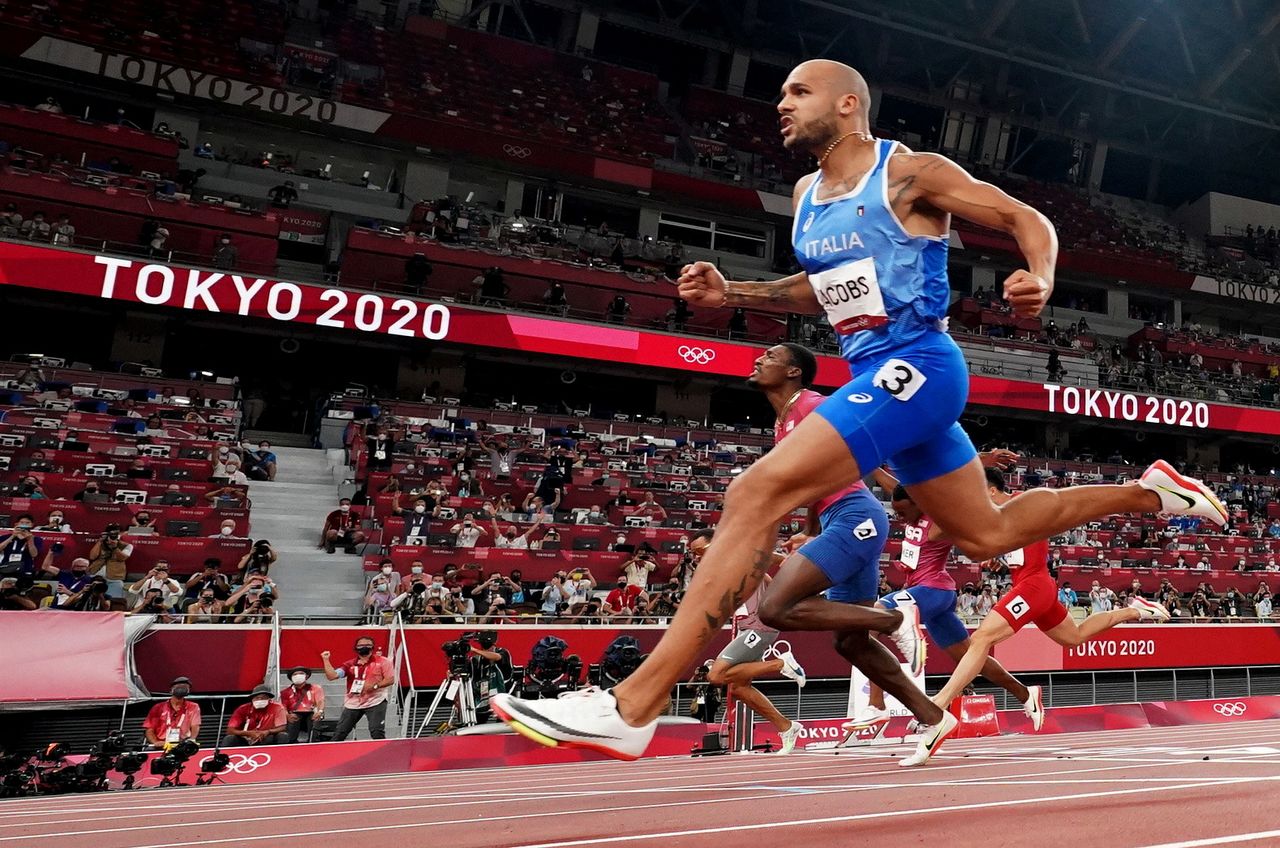 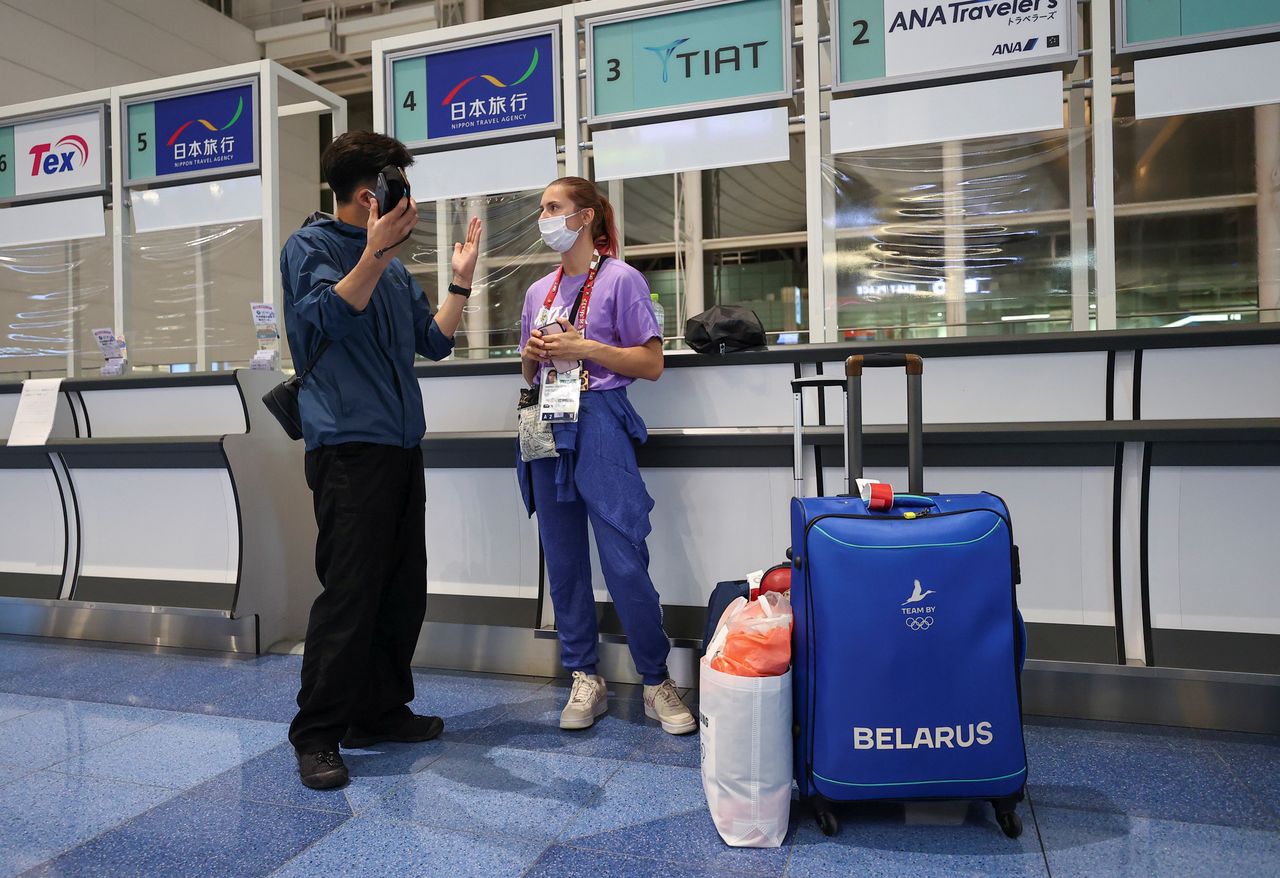 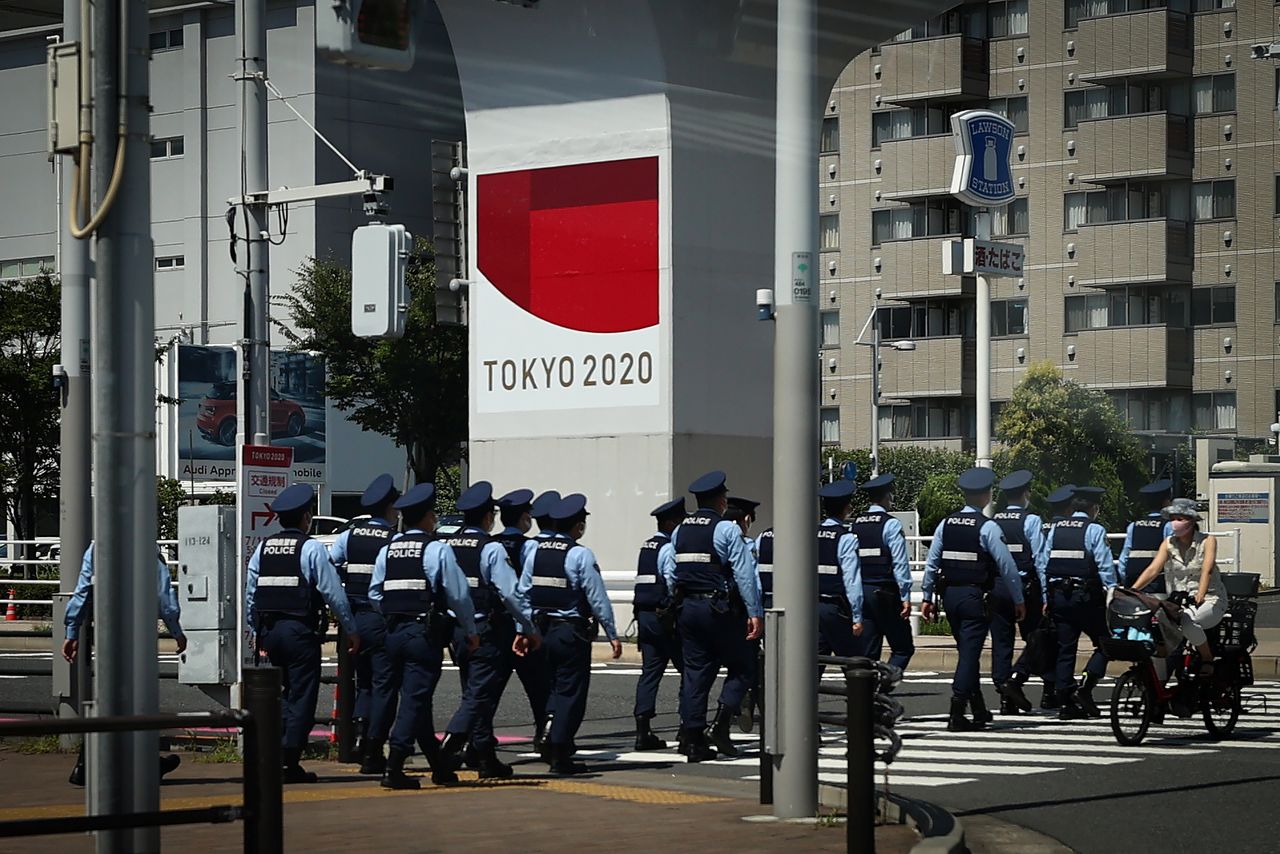 A group of police officers walks outside the Ariake Tennis Park at the Tokyo 2020 Olympic Games in Tokyo, Japan, August 1, 2021. REUTERS/Mike Segar 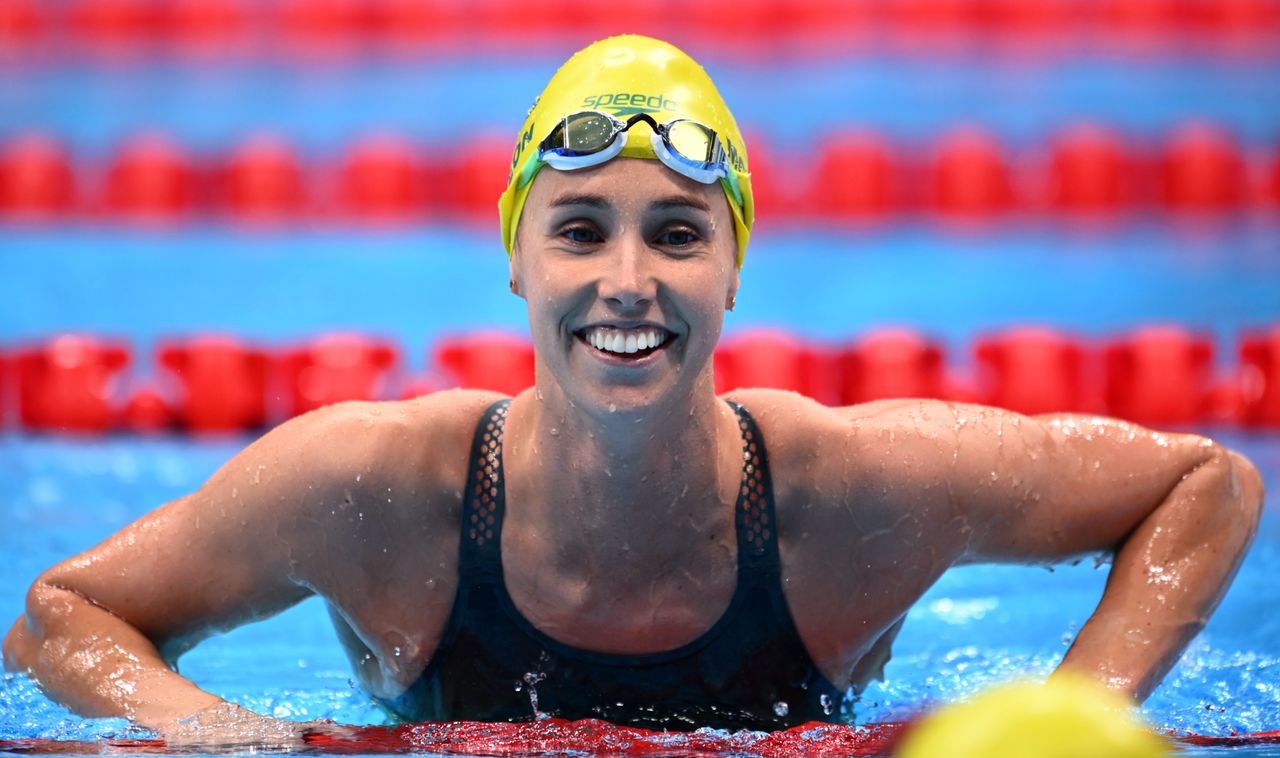 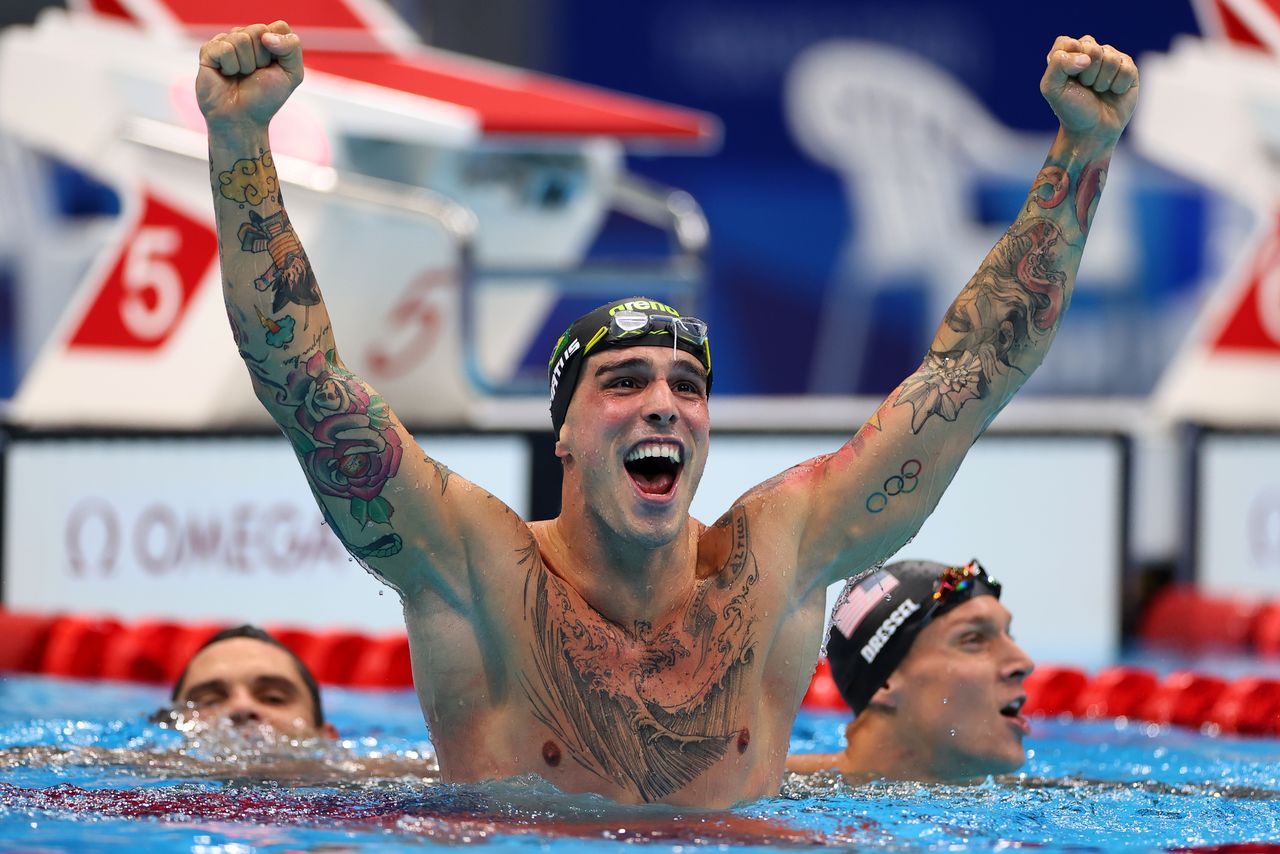 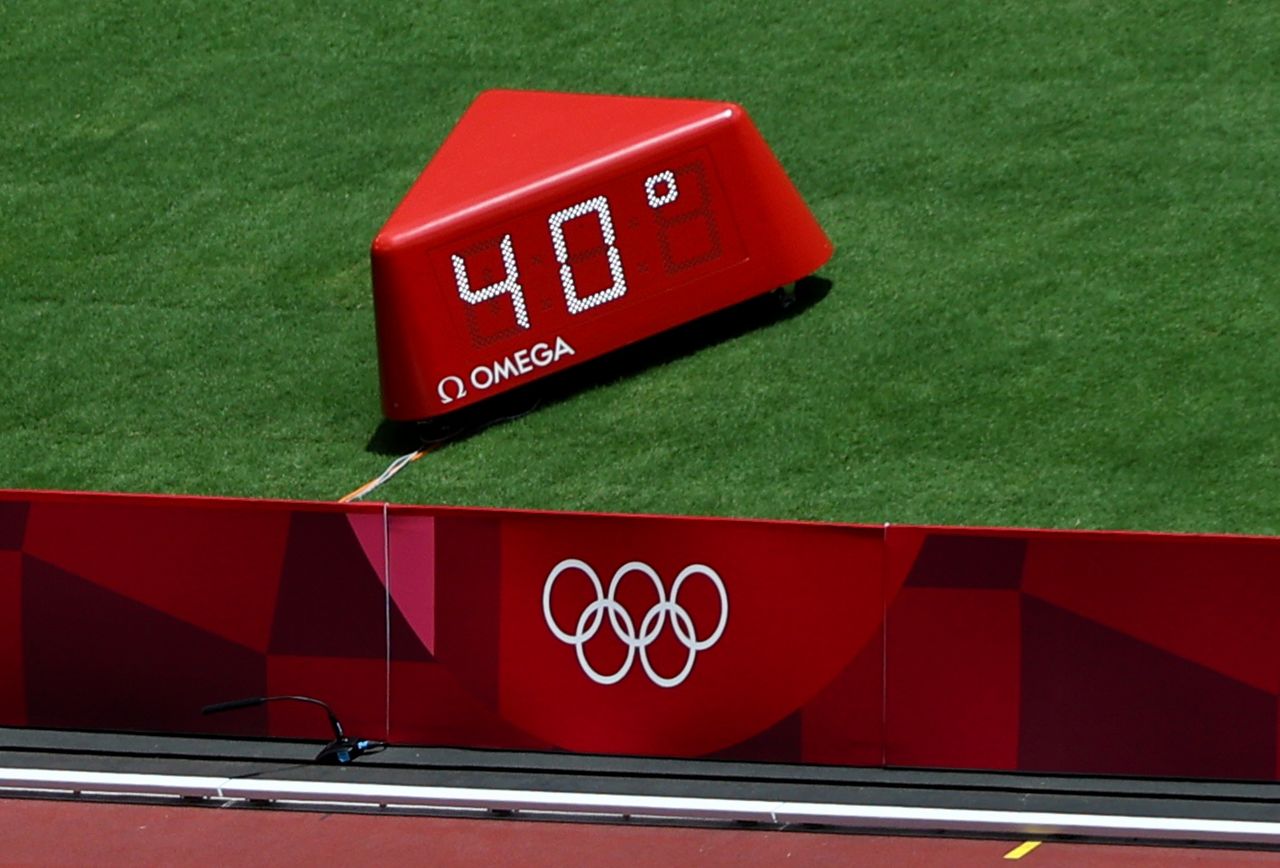